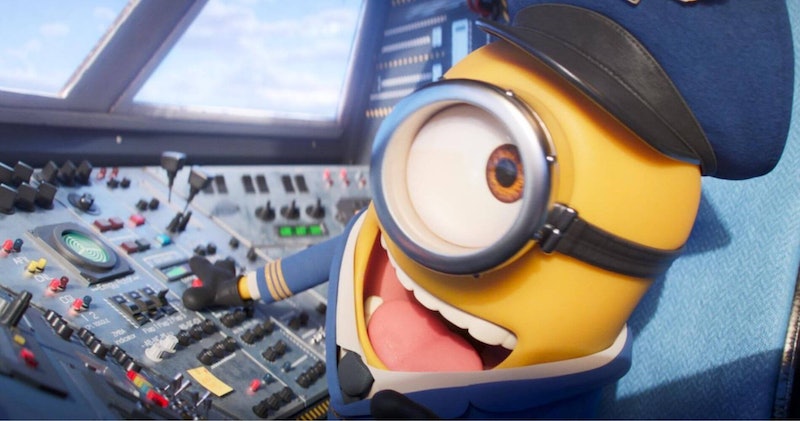 You might think that “suiting up” for a showing of Minions: The Rise of Gru means throwing goggles and overalls over a yellow top and calling it a day. And hey, it’s a timeless look! But this is 2022 — seven years after the banana-loving henchmen had their first solo outing, and more than a decade after Despicable Me first hit theaters. Audiences are hungry for the immersive theater experience that is a Minions movie, and are dressing for the occasion. Say “bello!” to the #Gentleminions.

As you might have already seen while scrolling through your FYP, the Gentleminion trend revolves around groups of young men attending The Rise of Gru in suits and ties. On TikTok alone, the #Gentleminions tag has amassed more than 25 million views and counting — with many videos highlighting the well-dressed teens and young adults descending upon their local movie theaters.

One such Gentleminion, Bill Hirst, received more than 8 million likes on his TikTok about the experience — telling Variety that his group’s outing originally came together as a “very spontaneous” thing. “We had our formal literally a couple days before that. We had all had our suits ready,” he said. They even ran into another likeminded group at the theater, proving the power of the budding trend.

This happened in Australia, a week before Rise of Gru’s United States release, and naturally helped the trend gain traction before the film arrived stateside — where it broke a Fourth of July box office record, per Deadline.

Universal Pictures actually responded to the growing movement on the studio’s official Twitter account. “To everyone showing up to @Minions in suits: we see you and we love you.” Ahead, some of the best #Gentleminion memes and tweets so far — from people who have actually participated in the trend, to those who can’t help but enjoy the antics from home.

As is the case with virtually any Internet Thing, there’s a bit of controversy associated with the rise of Gentleminions — nothing too despicable, though. One TikTok documented theatergoers being escorted from the theater after some guests reportedly threw bananas during The Rise of Gru, while other social posts featured an apparent movie theater notice that “any group of guests in formal attire will be refused entry” for the film, citing “recent disturbances.” Several Twitter users pointed out, though, that a true Gentleminion simply wouldn’t behave this way.

More like this
Twitter Is At Odds Over Taylor Swift’s Possible ‘All Too Well’ Oscar Run
By Brad Witter
Gassed Up Promises All Things Action, Risk, & Redemption
By Frances Stewart
Jonah Hill Explains How His Anxiety Attacks Will Change The Rest Of His Career
By Grace Wehniainen
Here’s Where Manti Te’o Is Now
By Arya Roshanian
Get Even More From Bustle — Sign Up For The Newsletter