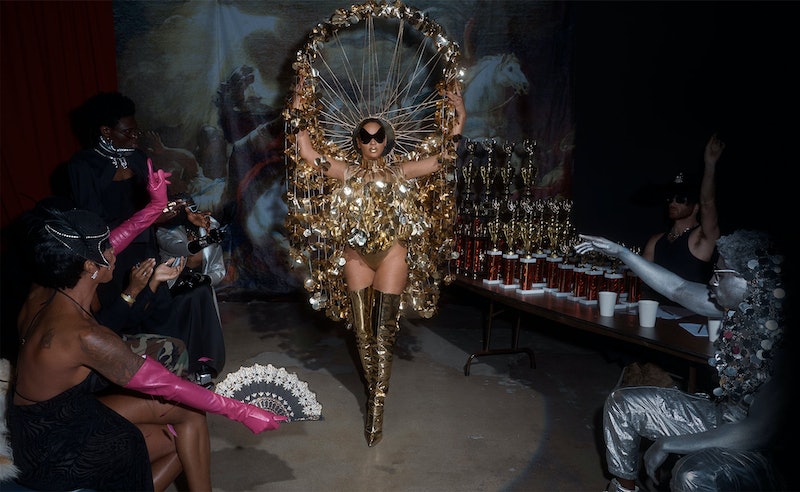 No song on Beyoncé's Renaissance is getting more love than the intergalactic dance anthem “ALIEN SUPERSTAR.” The third track on the singer’s seventh studio album quickly became the most streamed song from Renaissance since its July 29 release — and it has been trending as the No. 1 song on Apple Music ever since. Kevin Fallon of The Daily Beast even declared it the song of the summer, calling it “the standout track from the album, and the song that, if we had any taste at all, should skyrocket into a massive hit and be our collective obsession for the year.”

The lyrics to “ALIEN SUPERSTAR” are metaphorical, indicating that the 28-time Grammy winner is out of this world and “a different species” — something that fans have long lauded her as. Genius also points out that some lyrics, like “I paid them all in dust,” reference AAVE (African-American Vernacular English), which is influential in PoC and LGBTQ+ communities as well as ballroom culture. Beyoncé dedicated the album to her Uncle Jonny, a member of the LGBTQ+ community. He helped shape much of her music taste, influenced her sensibilities, and introduced her to Black and queer dance musicians who serve as inspiration for much of Renaissance.

“ALIEN SUPERSTAR” is expected to debut in the top 15 on the Billboard Hot 100 Chart. The album’s first single “Break My Soul” is No. 6 on the chart. Celebrities like Keke Palmer, Kerry Washington, and Kim Petras even joined the discourse.

Fans sang its praises in hilarious and emotional tweets.

And the memes for “ALIEN SUPERSTAR” are aplenty.

Others are fully leaning into the uplifting lyrics.

Many have proclaimed that “ALIEN SUPERSTAR” is a top-tier track from the album, and joked about how the song has a stranglehold over them and their listening habits.

“ALIEN SUPERSTAR” was also trending on Twitter for a different reason on Aug. 1 when songwriter Diane Warren questioned how any song could have 24 writers. In Beyoncé's case, the lengthy songwriting list can be attributed to the samples on “ALIEN SUPERSTAR” (including a sample from Right Said Fred’s 1991 song “I’m Too Sexy,” a spoken word sample from Barbara Ann Teer’s speech “Black Theatre,” and references to Prince’s “International Lover”). The Beyhive was descended on Warren for not knowing why Black artists have historically used sampled. Warren later clarified that “this isn’t meant as shade” and apologized directly to Beyoncé.

If you’ll excuse us, we’ll be listening to “ALIEN SUPERSTAR” on endless loop.