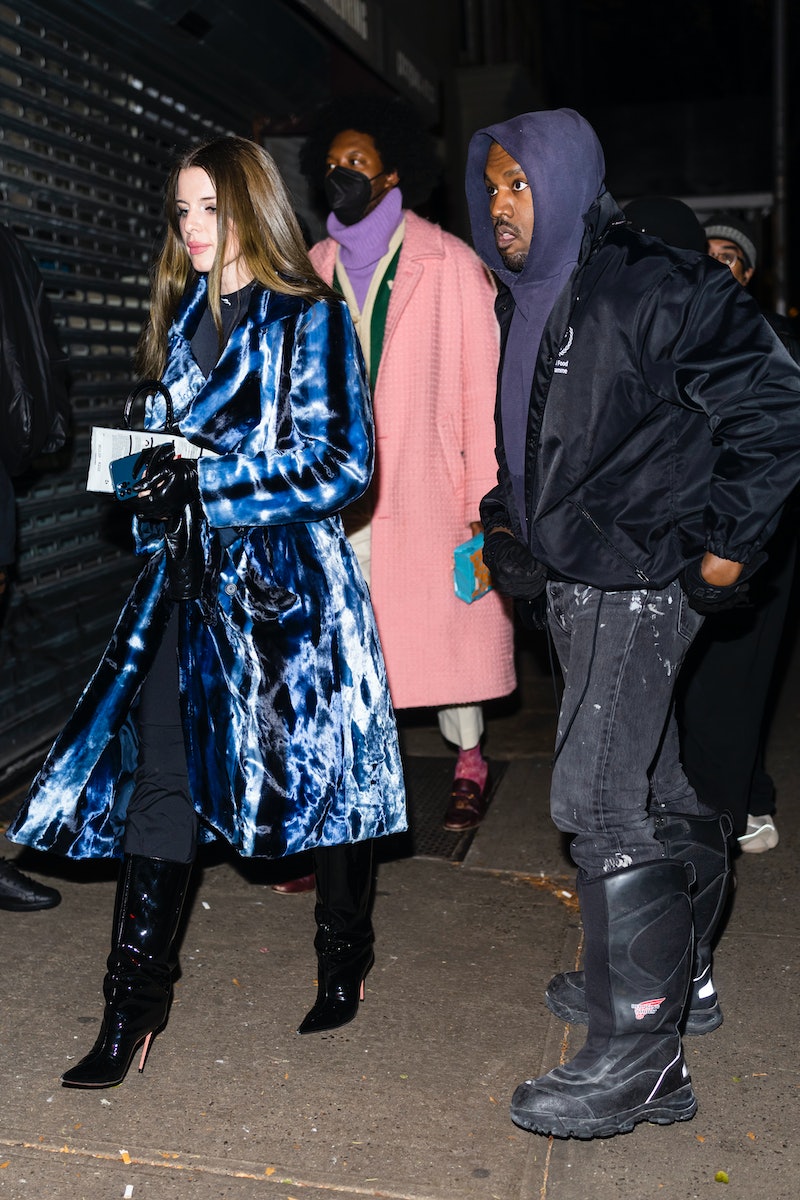 So, what have you done so far in 2022? Not to brag on their behalf, but Kanye West and Julia Fox have already checked off a cross-country relationship, steamy couple’s photoshoot, and magazine feature from their to-do list since New Year’s Eve. Fox, who starred alongside Adam Sandler in 2019’s Uncut Gems, just detailed the whirlwind romance in a Jan. 6 photo essay for Interview.

Fox revealed that after forging an “instant connection” with West in Miami, the pair “decided to keep the energy going” and fly to New York City to watch Slave Play on Broadway. “He was there ON TIME,” she wrote. “I was impressed.” Afterward, they had dinner at Carbone, during which West directed a photoshoot for Fox. And for dessert? A hotel suite packed with clothes for Fox to try on. “It felt like a real Cinderella moment ... Like, who does things like this on a second date? Or any date!” Interview Editor in Chief Mel Ottenberg explained that the editorial debut was the budding couple’s idea.: “Ye & Julia Fox called me up with the tea it was so cute I loved it.”

Photos of the evening capture the dinner, dress-up session, and plenty of PDA — on the floor, up against a wall. “Everything with us has been so organic,” Fox wrote. “I don’t know where things are headed but if this is any indication of the future I’m loving the ride.”

Twitter is loving it too, though some observers are questioning the authenticity of the reported romance. Here are the best memes and tweets about West and Fox’s big night out.

Some users thought of Kim Kardashian and Pete Davidson — who reportedly just back from the Bahamas. As several people pointed out, Davidson and Fox ironically did a photoshoot together for PAPER in 2019 before becoming Kardashian and West’s respective new love interests.

Like Fox said, no one knows where this will go, but if the couple’s second date is any indication, we’ll probably be seeing more high-profile shenanigans from them soon.