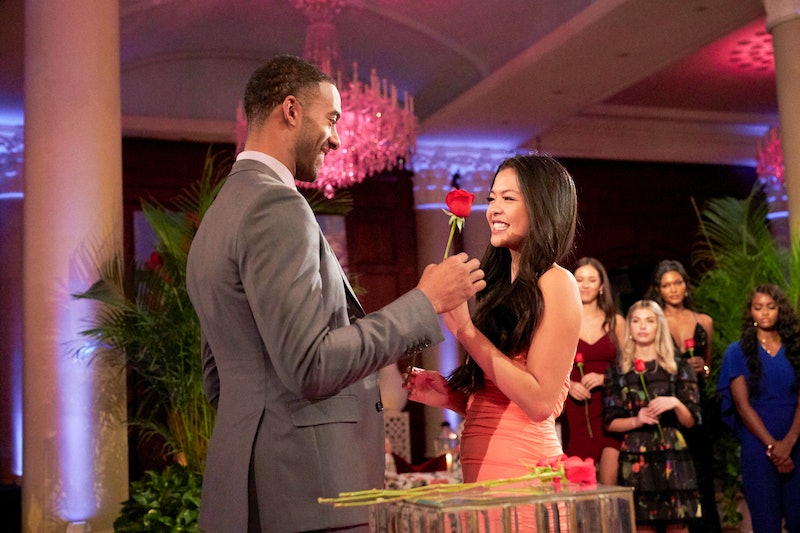 The Bachelor bullying drama didn't end with the Feb. 8 MJ-Jessenia feud because of course it didn't. When Matt James grew disappointed by MJ's treatment of the group, he ultimately sent her home. While it seemed like that was the end of the conversation, Serena C. then blamed Katie, saying she's the one who brought up the issue in the first place and stole time from the rest of the women as a result. Matt wasn't privy to that conversation, so it's no big surprise that he decided to keep Serena on board. Still, Bachelor fans are upset that she remains in the dating competition and that somehow, certified angel human Magi does not.

When Serena confronted Katie, the fan favorite immediately defended herself and didn’t understand how she had anything to do with a situation that involved MJ and Jessenia. She was simply trying to do the right thing by defending the new girls — a concept that Serena seems to be unfamiliar with. But the tensions didn’t stop there.

After the rose ceremony, Serena confronted Katie — again. This time, Serena claimed Katie isn’t on the show for the right reasons. “I'm continuously being taken away by your antics,” Serena said. “I don’t think you’re truly here for Matt.” Forced to defend herself for the second time, Katie stated that Serena has no idea how she and the Bachelor spend time together. "The fact that you're sitting here, still trying to attack me is pathetic," Katie urged. "I am who I am. I have never once been fake, and Matt likes me for everything that I am."

The meeting ended in a bitter screaming match that's sure to resurface sometime soon when someone (anyone!) tells Matt about it.