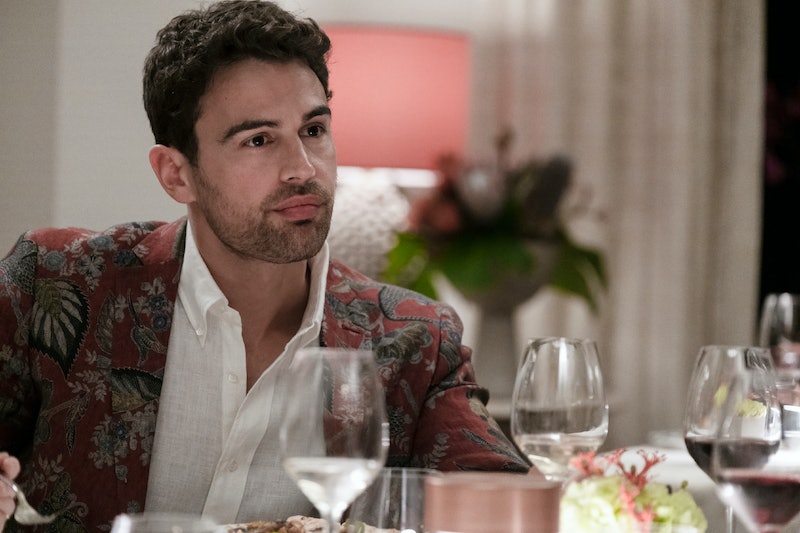 For some, there’s TV magic — and then there’s Theo James’ full-frontal scene in White Lotus Season 2. Viewers know the one: the moment in the premiere when his character, Cameron Sullivan, strips out of his swim trunks in view of a stunned Harper Spiller (Aubrey Plaza). Once it aired, fans quickly turned to Twitter to try and determine whether James had used a prosthetic or if they did indeed see everything. Now they finally have an answer — but some are struggling to accept what they learned.

The episode premiered on Oct. 30, but it took another five weeks for James to appease the burning curiosity. He broke down what happened behind the scenes in hilarious fashion on The Tonight Show Starring Jimmy Fallon on Dec. 2, revealing that not only did The White Lotus have him use a “pee-pee prosthetic,” but also he and director Mike White were shocked by its size. He said he asked the makeup designer for a “regular Joe” option, only to end up with a “ginormous” one that “was 9 inches flaccid and about 4 inches wide.”

“We get to set and she’s got, like, a hammer or something,” he recalled. “I mean, it’s bigger than that. It’s like she stole it off a donkey in the field. … The thing is ginormous and me and the director, Mike White, are sitting there going, ‘That’s average, is it?’”

Amusing though his story was, some fans were too distraught to appreciate it. They apparently really wanted to believe the prosthetic was real instead. Memes and tweets after his reveal called it “disappointing” and conveyed shock and sadness. “Bummed,” one person tweeted, in part. Another added that it was “sad news.”

An even more over-the-top (but still entertaining) reaction claimed the person suddenly understood “what jesus felt when judas betrayed him.”

Another person used a clip to mourn that it was “it was all a lie!”

Not everyone was grieving, though. At least one person was just surprised that James admitted he used a prosthetic. “You couldn’t waterboard me enough to get that out of me,” they wrote.

Another person seemed to relate to Fallon’s live reaction: relief. “So it is a prosthetic? … Thank goodness,” the late-night host said. “That makes so many men feel so good right now.” Echoing that, the Twitter user wrote, “I am so happy that he finally revealed that it was prosthetic. I thought that it was...I just wanted confirmation.”

The rest of the season will address other pressing Season 2 mysteries — particularly, who was murdered — but not close out the series for good. HBO renewed The White Lotus for Season 3 on Nov. 18, and White later told Deadline that it would “be fun to like, maybe go to a whole different continent.” For now, though, Season 2 airs Sundays at 9 p.m. ET/PT on HBO and HBO Max, prosthetics and all.

More like this
Melanie Lynskey Plays A “Ruthless Leader” In 'The Last Of Us'
By Brad Witter
'GoT' Star Emilia Clarke Says She "Just Can't" Watch 'House Of The Dragon'
By Brad Witter
The Black Lotus Staff Has "Had Enough" In The 'White Lotus' Spoof From 'SNL'
By Brad Witter
Linda Ronstadt’s “Long Long Time” Plays A Pivotal Role In The Last Of Us
By Brad Witter
Get Even More From Bustle — Sign Up For The Newsletter
From hair trends to relationship advice, our daily newsletter has everything you need to sound like a person who’s on TikTok, even if you aren’t.