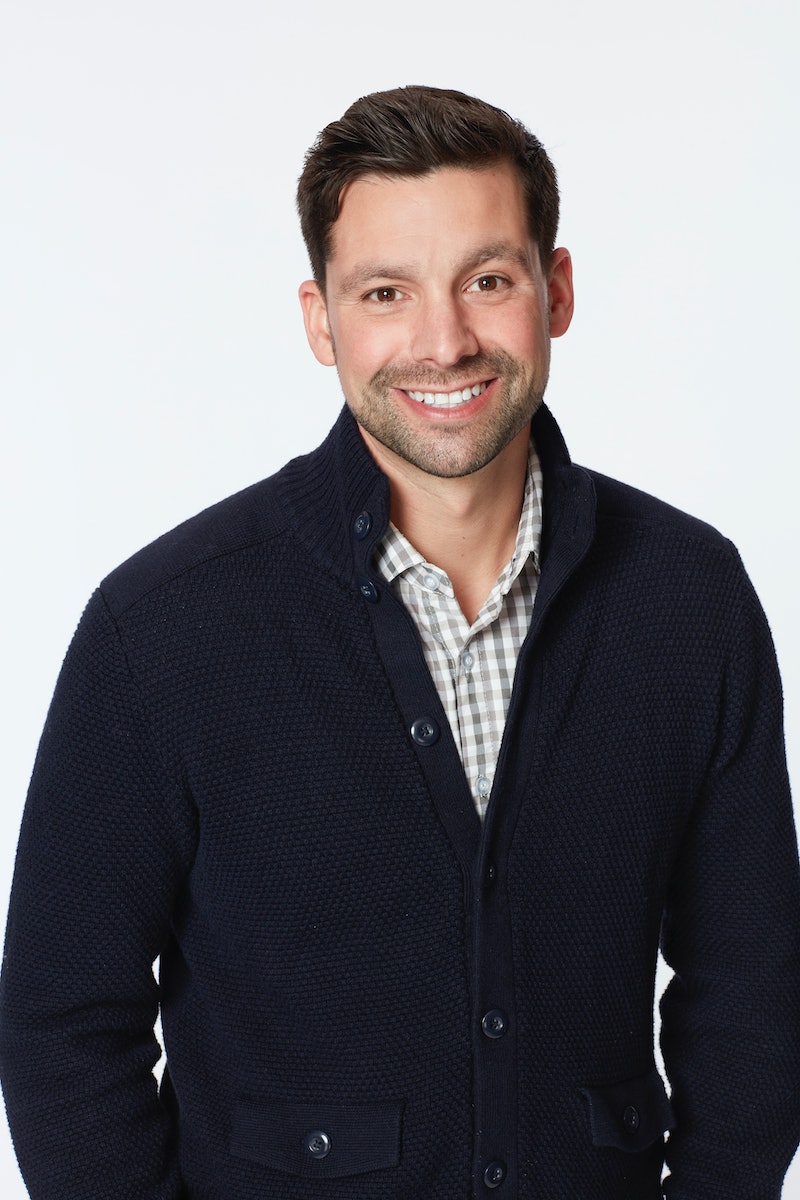 The Bachelor franchise is all about finding love and settling down, and Bachelorette contestant Michael Allio has already proved he’s serious about building a future. Much like Amanda Stanton, Emily Maynard, and other memorable contestants from previous seasons, Michael is a single parent electing to look for love on the show. By all accounts, the 36-year-old business owner appears to be exactly the kind-hearted father he presents himself as, and fans have taken to both his tenderness and good nature. Here’s what else to know about the Akron, Ohio native.

Michael’s Instagram is pretty much what you’d expect from a Midwestern dad. He’s tagged Akron, Ohio in almost every photo, and with only 65 posts, has a pretty minimal grid. You’ll also notice his dad-core Instagram aesthetic: his feed is filled with smiley memories of him and his 4-year-old son, James. “delightfully average🤷entrepreneur | dad | aspiring do-gooder,” his Instagram bio reads.

Michael’s Job Seems To Involve His Past

Michael’s Instagram also features pictures of his late wife Laura, who clearly still holds a special place in his life. Michael founded a clothing line, The L4 Project, in her honor — which is presumably the business in question from Michael’s “Business Owner” job title on the show. The company donates 100% of its profits to nonprofit organizations dedicated to enriching “the lives of people and families battling cancer by supporting organizations that provide financial, experiential, emotional and other assistance during times of hardship,” according to the official website.

What Michael’s Looking For

Michael may be a father, but he knows how to be funny without falling back on dad jokes. In fact, he was responsible for one of the most hilarious and heartwarming moments in the premiere episode of Katie’ season. While the rest of the men exited their limos in costumes or with canned lines, Michael presented Katie with a watch he claimed was 200-year-old family heirloom. He then waited a beat before telling Katie, “I'm just kidding with you. I'm not a creep. I got that at the airport.” The point of the joke? “Time's precious. Be happy. Spend it with the people you want to be with. Hopefully, we get some time to talk about it,” he said.

So far on the show, we’ve seen a lot of Michael’s more emotional side, but it’s clear from this moment that he has a sense of humor too. In Michael’s Bachelorette bio, he says, “witty women with a funny bone and-self deprecating sense of humor is a huge turn-on,” which sounds like Katie. Michael also says in his bio that he “loves when a woman has strong convictions and stands up against ignorance,” which again aligns with the kind of person Katie is. It’s easy to see why they’ve made such a strong connection.

What makes Michael so wildly endearing is his vulnerability. During his one-on-one date with Katie, he began speaking about his current life and how Katie might fit in, should things head in that direction.“I always hear, ‘This ends in an engagement,’ but it begins in an engagement,” he said, which is a very profound take on a show that presents engagement as the be-all, end-all to a relationship. On the second half of that same date, Michael also opened about his late wife Laura and her battle with breast cancer. “I know what it’s like to love,” he said, adding that “The way I look at this, like what a gift to be able to fall in love twice.”

This goes beyond Michael’s relationship with Katie, as he’s also impacted some of the men in the house. In Episode 5, Michael was speaking with several of the men during a post-group date cocktail party when he revealed that it was Laura’s birthday. He then reflected on the preciousness of love and time and the importance of not wasting either, echoing his comments from when he first got out of the limo. This moved Greg — and most of the audience — to tears.

How Far Michael Goes On The Bachelorette

Fans got to see even more of Michael’s sweet side during Episode 7, when he shared a precious FaceTime with his son. Later, Katie and Michael had their first real conversation about what a life together would look like.

It’s unclear if Katie will meet Michael’s son, James, during the upcoming hometown dates, but things may not be entirely smooth sailing for the couple moving forward. In the midseason trailer, Michael is FaceTiming his son when he says, “Maybe Daddy don’t want to see me.” A visibly shaken Michael is then seen speaking to Katie, saying “it just tore me apart” and that he “can’t focus on anything else,” which is then followed by a shot of Katie weeping on a set of stairs. Obviously we can’t know for sure, but this seems to suggest Michael will make the decision to go home.

However his journey pans out, fans are eager to see more of him in the future and are already campaigning for him to be the next Bachelor.