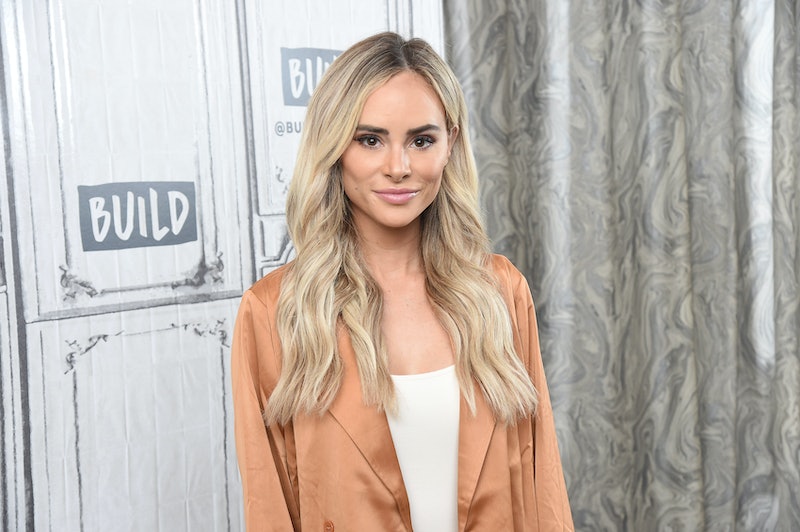 Ben Higgins' season of The Bachelor will be the focus of the June 22 episode of The Bachelor: The Greatest Seasons — Ever!, which means a lot of familiar faces are about to come back out of the woodwork. This includes Amanda Stanton, a contestant from Ben's Bachelor season who remained a prominent part of the franchise for several years.

After getting eliminated on The Bachelor, Amanda appeared on two seasons of Bachelor in Paradise. In Season 3, she got engaged to Josh Murray, which culminated in a messy breakup later on. She started seeing Robby Hayes in Season 4, which also came to a bitter end after they tried to make it last outside of the show. Since then, Amanda has sworn off ever returning to Paradise and hopes to find her special someone in a more traditional way.

However, that doesn't mean she's completely severed ties with the Bachelor universe. Last year, Amanda published a memoir called Now Accepting Roses that takes a deep dive into her life before, during, and after her time on the show.

The Bachelor isn't the sole focus of the book, but it does provide an interesting look behind the curtain at what Amanda's experience was like, including details about why it didn't work out between her and Josh as well as what she thought of the Season 4 production shutdown, and Dean's awkward love triangle with Danielle Lombard and Kristina Schulman.

Amanda has also kept in touch with several members of Bachelor Nation, including her ex Ben. "He’s always been super sweet to me and kind," Amanda told Us Weekly during a recent episode of their Here for the Right Reasons podcast. "When I was going through a breakup or when my book came out or my clothing line launched, he always, like, texts me and says congratulations or wishes me a happy birthday. So we’ve stayed in touch a little bit."

It may not be the fairy tale ending Amanda originally had in mind, but she's made the most out of her experience.