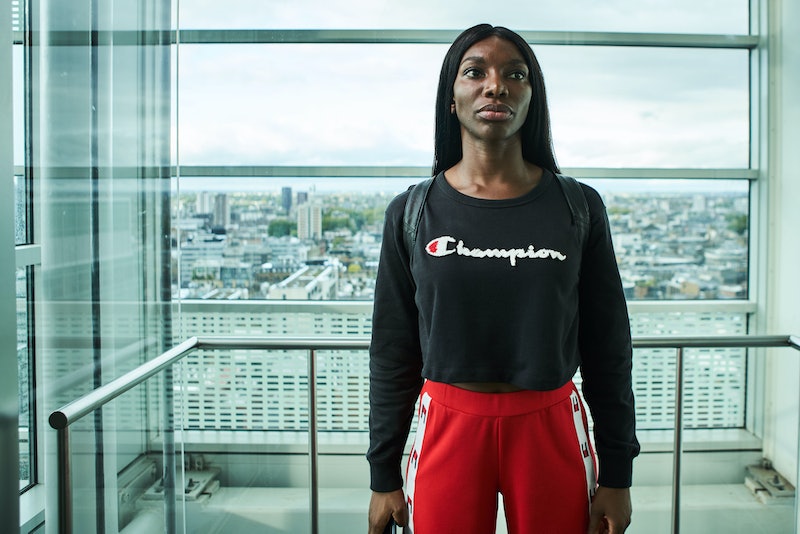 BBC/Various Artists Ltd and FALKNA/Natalie Seery
By Sophie McEvoy
May 20, 2021

Following the major success of I May Destroy You, Michaela Coel is working on a new series for the BBC. Revealed in a press statement covering six new commissions for the broadcaster, the untitled project will be something completely new for the actor, who previously teased about the series on the Obsessed With... podcast last year.

“It’s at the back of my mind,” she said at the time. “And I keep telling this idea to wait because we’ve got to finish giving birth to I May Destroy You before I start thinking about having other children!”

Coel has yet to give any more hints about what this project is about, and BBC Director of Drama Piers Wenger has also remained relatively tight-lipped on what it may cover. “It’s truly in Michaela’s head and it’s not for me to second guess that too much at this point,” he said in a small press conference. “It’s at relatively early stages, but I wanted to let the fans of I May Destroy You know that there is a new show coming along.”

And as for a continuation of I May Destroy You, Coel somewhat implied that the show was intended as a limited series. “I think when you see the finale episode, you’ll know,” she told the Hollywood Reporter last year. As the series is a joint production between the BBC and HBO, the American broadcaster’s chief Casey Bloys also weighed in on the possibility.

“I don’t think there’s going to be another I May Destroy You, there’s no season two coming,” he also told the Hollywood Reporter. “But she’s thinking about what she wants to do next and hopefully we’ll be lucky enough to be partner with her again.”

At least we can celebrate the fact that a new Coel series is on the way – even if we don’t know what or when just yet... Ahead of then, we can look forward to her new book, Misfits, due to be published by Ebury Press on September 7, 2021.

More like this
WAGatha Christie The Series Is Officially... Coming To TV
By Maxine Harrison
The Bestselling Novel 'The Doll Factory' Will Be Adapted Into Thrilling TV Series
By Catharina Cheung
'The Timewasters' Creator Is Back With A New Boarding School Dramedy
By Darshita Goyal
A BGT star & A Football Legend Have Joined The 'Strictly' 2022 Line-Up
By El Hunt and Sam Ramsden
Get The Very Best Of Bustle/UK