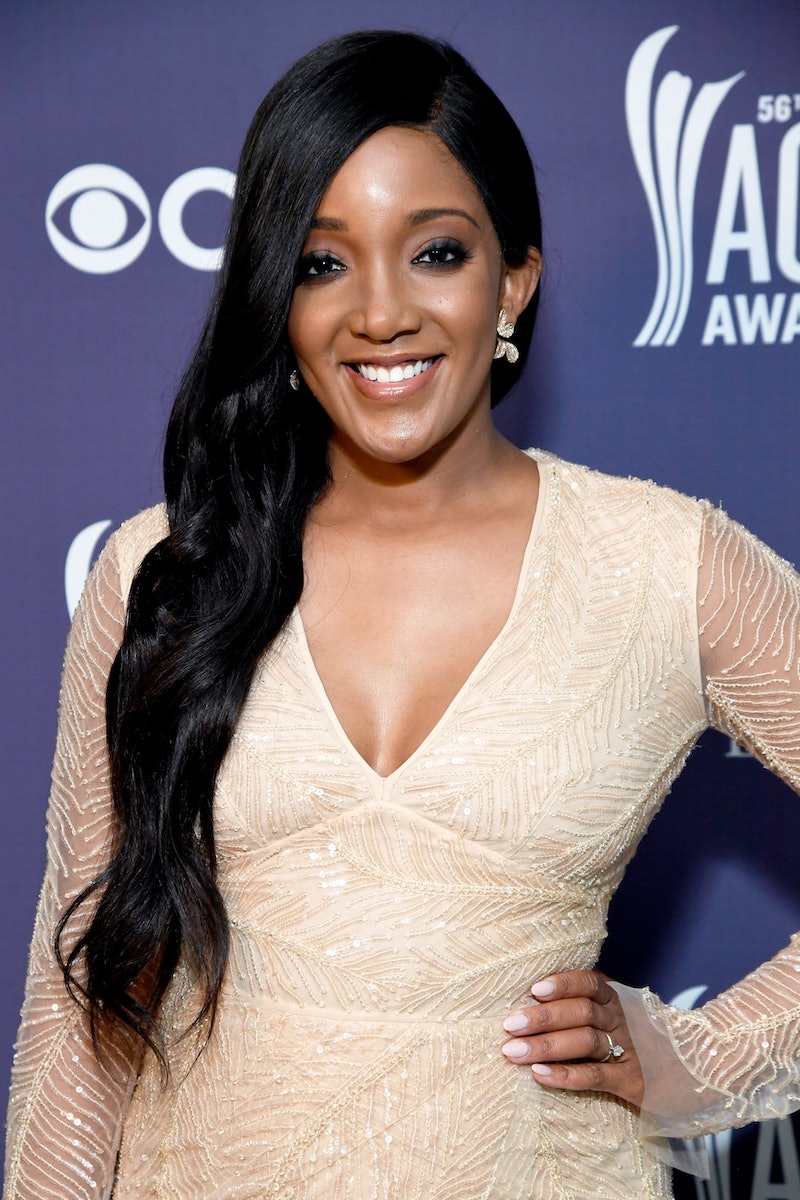 Country singer and songwriter Mickey Guyton isn’t going to be silent, especially not when it comes to defending her child. On Thursday, July 1, the Grammy nominee shared a hateful message she received from an Instagram user, saying that her son Grayson was “the ugliest child I’ve ever seen.” Guyton decided to make an example of the conversation and shine a light on the racism she consistently deals with on social media.

Calling out the user by name, she shared a screenshot of two direct messages on Instagram with the caption, “This deserves front and center attention.” She added that the person “came for my child” and then directly addressed the troll, writing, “Shame on you.” Guyton also shared a screenshot on Twitter, captioning the post (which asks her to “go back to the projects” she’s never lived in), “Don’t be like Crystal.” She also retweeted an article about the ordeal from People, writing, “Enough is enough. Say what you want about me but don’t come for my 4-month-old innocent child. I am beyond tired.”

Guyton has not shied away from calling out the rampant racism she’s experienced from some country music fans. She even wrote about some of those issues in her song “Black Like Me,” a track that was nominated for Best Country Solo Performance, making Guyton the first Black artist to receive that honor from the Recording Academy.

After Guyton posted the disturbing messages, fellow stars came to her defense. Among them was country singer LeAnn Rimes, who wrote in part, “This is not a reflection of you. I know you know that, I’m just reiterating. I’m so sorry. Your little man is ADORABLE and you are welcome and wanted WHEREVER YOU DAMN WELL CHOOSE TO BE! I Love you.” Meanwhile, Guyton’s experience as a Black country artist resonated with Jimmie Allen, who wrote, “The truth is these are the types of messages we see and get all the time. ... Good thing is you know who you are sis and your worth. These lost hearts can’t take your smile. Love you.”

Guyton has shared her determination to protect Grayson, who was born in February, in the past as well. She told Bustle during an interview in May, “This beautiful, innocent kid one day is going to be a threat to somebody — not because he’s threatening, but because people will say he looked threatening, and that has really weighed heavily on me for a long time.” She added that she works to “continuously call out racism and police brutality” to try to prevent her son from having to face it.

Guyton isn’t letting the negativity get her down, though. On Friday, July 2, she shared an adorable photo of Crayson, with the caption, “The world is cruel but there is light at the end of the tunnel. God is my light. Gray is my life and I will always defend him at all cost. I love y’all. Thank you for your support. It is greatly appreciated.”