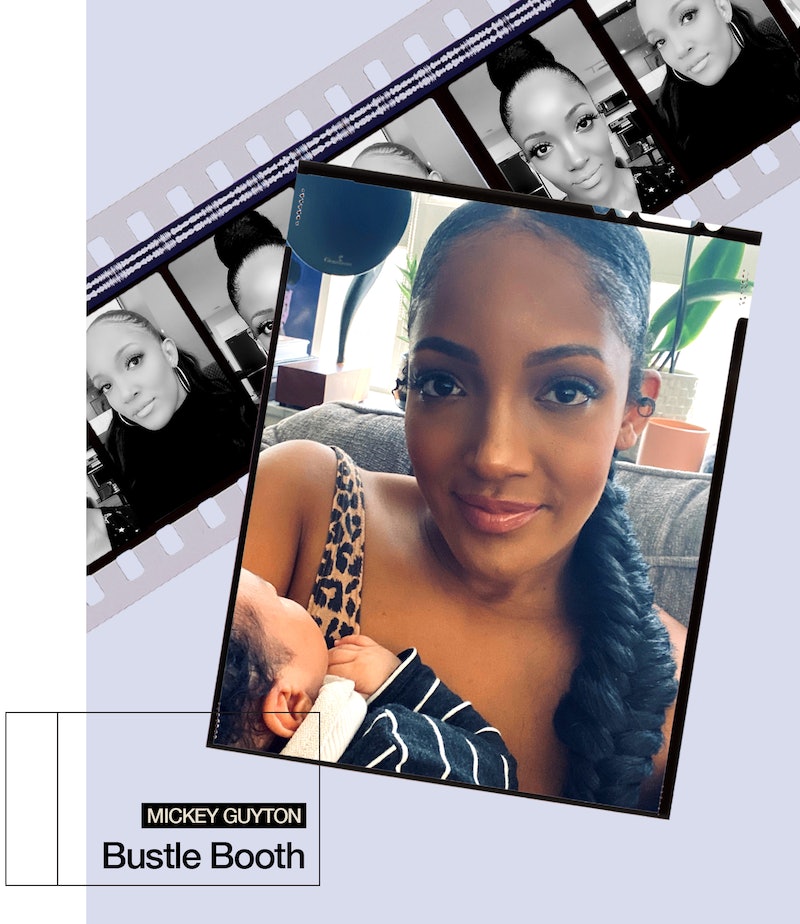 At the start of singer Mickey Guyton’s decade-long career, she was told her songs wouldn’t succeed in the country genre. “‘Everything has to go through radio’ is what’s been drilled in my head for so long, and it wasn’t working,” she tells Bustle. When it comes to country radio, women have been historically underplayed, and Black artists see even less representation in the format. Despite garnering comparisons to LeAnn Rimes and Carrie Underwood with acclaimed songs like 2015’s empowering ballad “Better Than You Left Me” and 2016’s pop-leaning “Heartbreak Song,” Guyton still wasn’t seeing chart success. So, she stopped creating for radio and began writing about her own experiences as a Black woman.

“Nothing I was doing was ever enough, and so I started writing songs for therapy reasons,” Guyton says, referring to tracks like “Black Like Me,” her breakthrough hit released in June 2020 amid nationwide protests in the wake of George Floyd’s murder. “I love country music so much, but for so long it’s been made to feel like a male-driven genre — a white male-driven genre. But there’s so many marginalized people in this industry that don’t feel represented or welcomed, and that was a problem for me.”

The biographical power ballad, like many country songs, chronicles a hard-working small town life and references traditional American values, though it’s sung from a perspective often unheard within the genre: “If you think we live in the land of the free, you should try to be Black like me,” she sings on the hook. “Black Like Me” catapulted Guyton’s career to unimaginable heights, earning the singer her first-ever Grammy nomination as well as a co-hosting gig alongside Keith Urban at this year’s Academy of Country Music Awards, making her the first woman of color to ever take on the job.

Guyton is enjoying the success, though her elevated stature has also made her an unofficial voice of anti-racism within her genre, a position she says is “very daunting.” Last year, while many of her peers stayed silent as country artists Morgan Wallen and Chase Rice made racially insensitive comments, Guyton boldly called them out. “I was honestly crying to the president of my label the other day,” she says. “It’s frustrating, because I just want to be an artist like everybody else, but if I don’t say something, who will? If I don’t say something, nothing will change, and so there's such a heavy responsibility.”

Combatting racism is taxing work, but worth it for Guyton, who hopes to create a better world for her newborn son, Grayson. “This beautiful, innocent kid one day is going to be a threat to somebody — not because he’s threatening, but because people will say he looked threatening, and that has really weighed heavily on me for a long time,” she says. “I just strive to continuously call out racism and police brutality, because I don’t want that to happen to my son.”

Luckily, the musician has already seen her work pay off, starting with this year’s ACM Awards, where she was also part of the diversity task force. “Not only was there representation on the award show, there was also representation behind the scenes, and that was so important to me,” she says. “I spent so many Zoom sessions telling people in these corporate offices that they need to hire Black, Hispanic, Latino, and LGBTQIA+ people … because not only does it make the genre better, it gives people opportunities.”

However, the road to true equality in country music is still a long one. “If you go and look at the charts right now, you’re not going to see very many women, and you’re not going to see very many people of color, and that’s an area that really could change,” Guyton says. “It’s a slow process, and I have to be honest, I would like to see more change across the board, but we’ve gotta celebrate the wins big and small.”

With well-deserved buzz and several prestigious nominations, the music industry is finally giving Guyton her flowers — but even after a decade, she still hasn’t put out a full-length body of work or received significant radio play. “I’m getting opportunities, I’m getting recognized, but I still don’t feel like I necessarily have a home,” she says, noting that she’s accepted she’ll “never get played on country radio.” But perhaps that will change soon, as this year she plans to release her debut album, which will expand on the themes explored in her most recent EP, Bridges. “I’ve been writing all these songs because of not feeling accepted in this genre that I love so much,” she says. “Every song has a purpose, and this is getting me to my second album, finally, where I don’t have to only just sing about social justice.”

Get to know more about Guyton, including her love for Dolly Parton and Britney Spears, with her Bustle Booth questionnaire below.

My favorite coffee order is a grande almond milk latte.

I loved Maya The Bee.

I would be on Selling Sunset.

I want people to say that I am all about inclusion and that I fight for marginalized people in the music industry.

More like this
Britney Has Been Granted A Restraining Order Against Her Ex-Husband
By Bustle Staff
What Is Ariana Grande's Net Worth? When It Comes To Money, She Has No “Problem”
By Hugh McIntyre
Lily Allen Was “Quite Emosh” After Performing Sober At Glastonbury Festival
By Stephanie Topacio Long
Olivia Rodrigo’s Song Dedication To 5 SCOTUS Justices Sent A Strong Message
By Grace Wehniainen
Get Even More From Bustle — Sign Up For The Newsletter