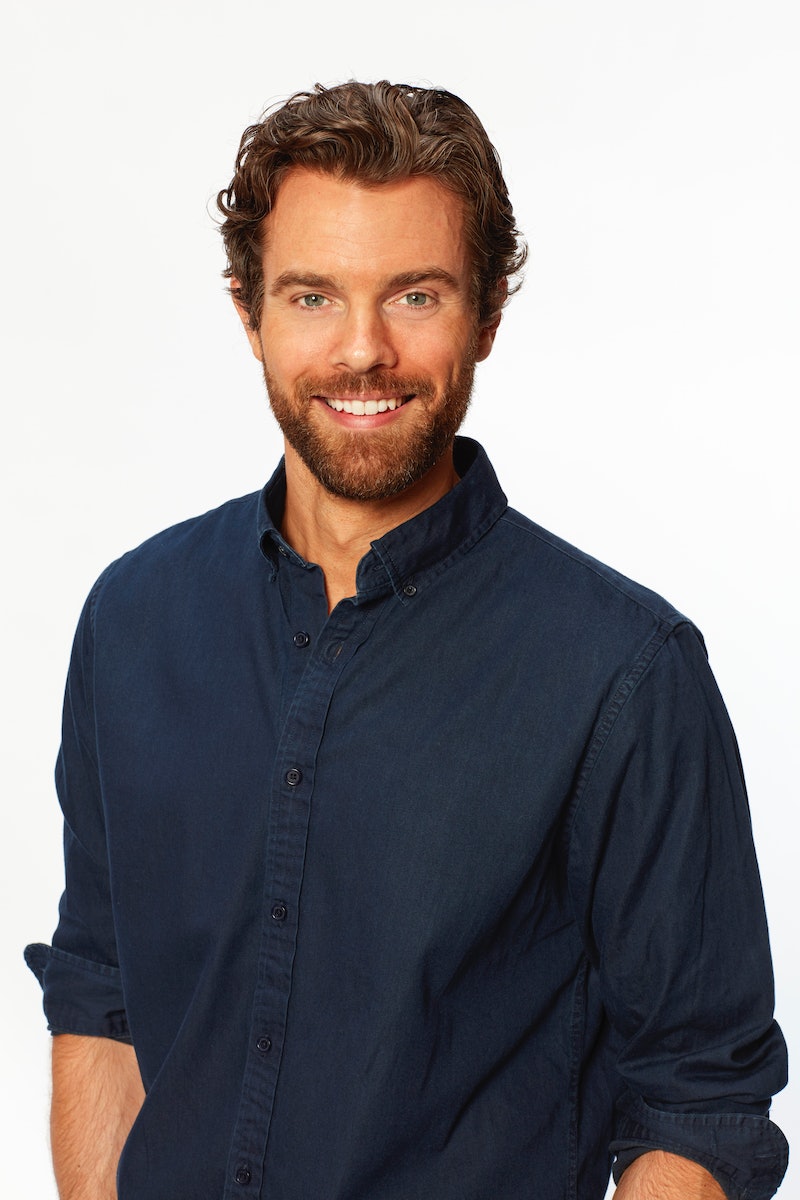 According to Chris Harrison, The Bachelorette's Mike Tobin may be the nicest guy ever on the show. "He had one of the most thoughtful limo entrances ever," Harrison explained during a Facebook live video announcing Clare's contestants. Then again, "Maybe he's just Canadian and he's polite." What a high bar this show has!

Whichever the case, here's what you need to know about the 38-year-old Calgary native.

Mike is a digital media adviser with his own company called Tobin Vis Comms. On his website, he calls himself a "storyteller and digital content creator" who provides photos, videos, and graphics for people, brands, and businesses to share on social media. Lululemon Athletica, Sorel, and Orangetheory Fitness are among the clients he's worked with over the years.

In his free time, Mike enjoys traveling the world, downhill skiing, and going to see his favorite hockey team, the Calgary Flames. But family always comes first for him: any potential partner has to get his mom and sister's approval.

He's Been To the Olympics

While attending the 2018 Winter Olympics in Pyeongchang, Mike happened to be sitting in front of the Today show's Hoda Kotb and Al Roker when the U.S. women’s hockey team beat Canada to win the gold medal. "Clearly, this Canadian picked the wrong section to sit in 'TODAY,' he joked on Twitter, making a grumpy face as Kotb and Roker cheered in the background. Proving to be a good sport after his team lost, Mike later appeared on Today and invited Roker, Hoda, and their co-host Savannah Guthrie to party at Canada's Olympic headquarters.

According to several photos on Mike's Instagram, he also attended the 2016 Summer Olympics in Rio, where he made an exception to supporting his "home and native land" to cheer on Jamaican sprinter Usain Bolt.

He Loves Game of Thrones

Mike has posed with everyone from Kate Winslet to Nicole Kidman in Instagram photos, but his ultimate get was winning CMT Canada's Shania Twain superfan contest in 2003, according to the Calgary Herald. The newspaper reported that he met Twain again at a brunch thanks to another contest put on by the Oprah Winfrey Show.

He's Been Married Before

He mentioned his wife while speaking to Postmedia in 2011 about the Shania Twain brunch. "It's one of those things where you think back to your youth and the excitement of old crushes," he said, per the Calgary Herald. "My wife is going to come with me to the brunch and I’m hoping to get a photo of them hugging. I’ll caption it ‘the loves of my life’ and frame it.'"

What Mike's Looking For In A Relationship

According to his ABC bio, Mike "put serious walls up when it came to allowing himself to being vulnerable" after his last relationship. Now, he wants to find a woman whose values align with his, with the hope of getting married and having children. His future partner must be honest, trustworthy, and a good communicator.

As for whether Clare is that somebody, we'll have to wait and see.