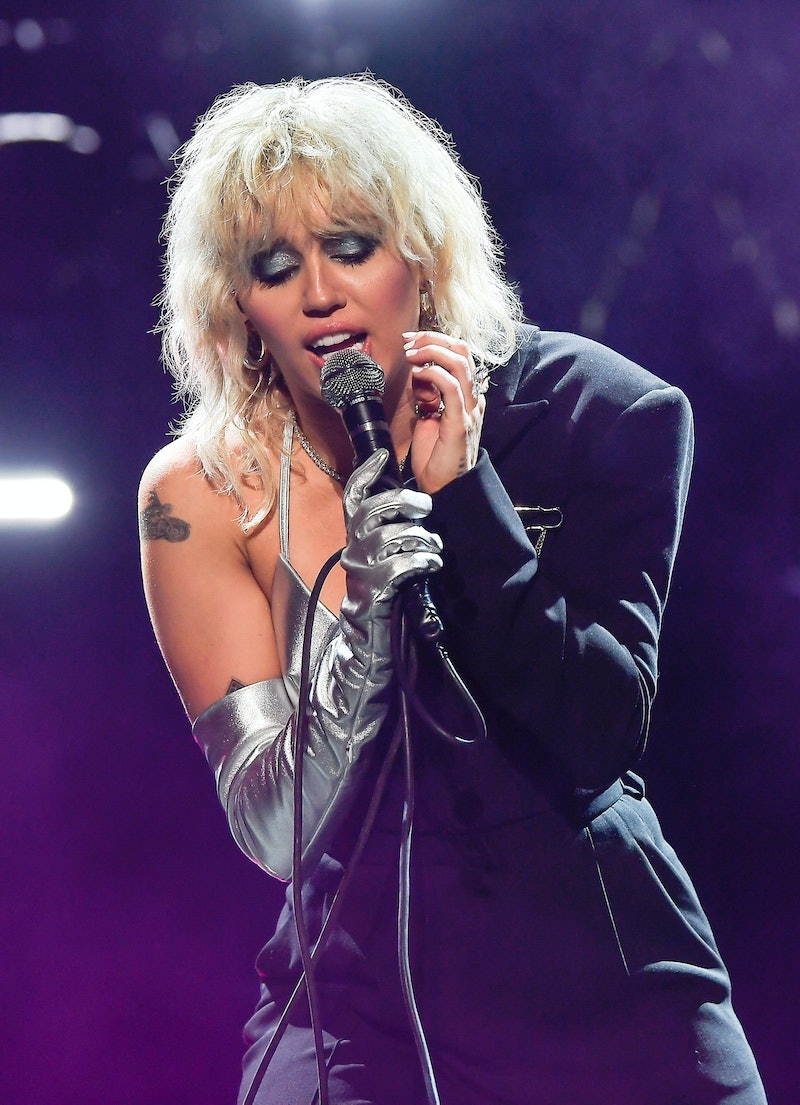 Miley Cyrus has long been criticized for not singing “the way that females are ‘supposed’ to sing,” but she’s learned to love her authentic sound anyway. In a recent discussion with Metallica drummer Lars Ulrich for Interview magazine, the 28-year-old pop star spoke openly about being shamed for sounding “like a man” and struggling with high notes her entire career.

During their conversation, Cyrus told Ulrich what it was like recording her cover of Metallica’s “Nothing Else Matters” in the studio as opposed to at a music festival. “It was a completely different experience performing it in that solitary way,” she said, adding that it was perhaps more powerful than when she performed it at Glastonbury. “There was nothing that I couldn’t try, because I wasn’t in front of 250,000 people,” she added. “I was in this safe place.”

Being alone gave Cyrus the freedom to experiment. “I stuck, on some level, to the melody,” she said. “I even went down to some of those octaves, because singing those super-low lead vocals is so satisfying.” But her naturally low voice wasn’t always considered an asset. “My whole life, whether in vocal training or just continuing to hone my craft, it’s always been about, ‘Why do you sound like a man? Where’s your f*cking falsetto, b*tch? Why can’t you sing the high octave of ‘Party in the U.S.A.’ anymore?’” she said.

“Nothing Else Matters” gave Cyrus the chance to explore her vocal talent and embrace her “authentic, genuine sound.” “I was honored by the fact that I didn’t have to sing this song in the way that females are ‘supposed’ to sing,” she said, noting that the song allowed her to “take the gloves off and just start flying” towards the end. “That part of the song really grabs people. It’s that lower register of my voice. So I’m grateful to have a song where I can lean into that.”

“My voice is how I represent myself. It’s how I express myself,” the pop star continued, adding that she’s worked with many people who’ve insisted on bringing another singer in to hit the notes that she couldn’t. But Cyrus has never been one to fake anything. “I don’t have a false voice,” she told Ulrich. “You know me personally, we’ve hung at parties. I am who I am. I say what I mean in the moment, even if that changes tomorrow.”