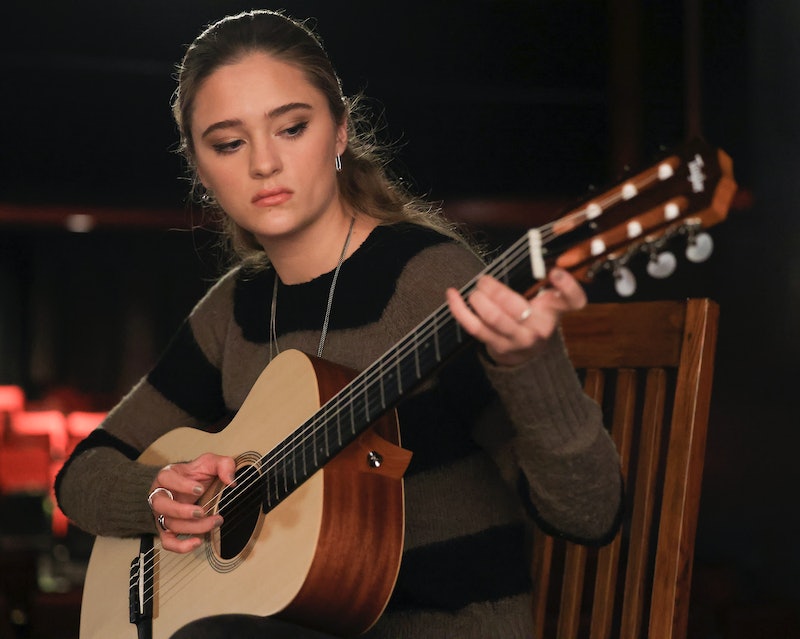 Spoilers for A Million Little Things Season 3, Episode 9. In A Million Little Things’ April 7 episode, it’s revealed that Sophie broke up with her boyfriend Jake weeks ago and is now seeing someone new. She’s been hiding it from her family, inputting the new guy’s number under Jake’s name so as not to arouse suspicion. And we quickly learn why. When Gary goes looking for Sophie and realizes that it isn’t Jake’s number in Sophie’s phone, he calls it. This leads to a horrifying realization: the man who picks up is Peter, Sophie’s music teacher.

Not only is Peter an adult, he’s also married, as evidenced by the ring on his hand and a photo of him and his wife displayed in his home. This makes his relationship with Sophie messy and probably illegal. Sophie was 16 when A Million Little Things started, and only about a year or so has passed, so she is likely still just 17. That’s not to mention the power dynamics at play, because Sophie had to audition for Peter earlier this season to try to get into her dream school. He told her she wasn’t good enough and refused to offer her a spot, but later agreed to take her on as a private student. Music is everything to Sophie, and Peter easily could have taken advantage of how well she wants to do at her next audition.

So far, we haven’t seen Peter say anything illicit to Sophie. Their text chain was just about her audition, and when Gary called, Peter simply asked if Sophie had forgotten something. But since there’s been secret-keeping on Sophie’s part, with her lying about who she was talking to and sneaking out of the house, it seems like there may be more going on. And from the synopses for the next two episodes, it sounds like Sophie is traumatized by whatever happened.

The description for the April 14 episode reads, “Sophie is distraught after a disturbing encounter, and Gary calls in Maggie and Regina for support.” Maggie is a therapist and Regina was sexually abused as a child, which is likely why Gary turns to them for support.

The synopsis for the April 21 episode then reads, “Despite her trauma, Sophie goes through with her music school audition but quickly realizes she is struggling to move forward.” We don’t yet know what exactly went on between Peter and Sophie, but it’s clearly affecting her deeply. Worsening matters, Sophie’s mom Delilah is still stuck in France with her ailing father due to coronavirus travel restrictions. Series creator DJ Nash told the New York Post in early March that Delilah would be torn in two directions later this season, and Sophie’s storyline is likely a big part of why.

“She’s torn between being there for a parent who’s elderly and needy and being there for her children. I loved the idea of putting Delilah in this predicament … where she feels like she’s coming up short on both sides,” Nash said.

Up until now, it seemed like Delilah’s children were both doing fine while she’s been gone. But Sophie’s dealing with something that she’s going to want her mom for. She has Maggie and Regina in the meantime, but she’s about to really go through it for the next few episodes.