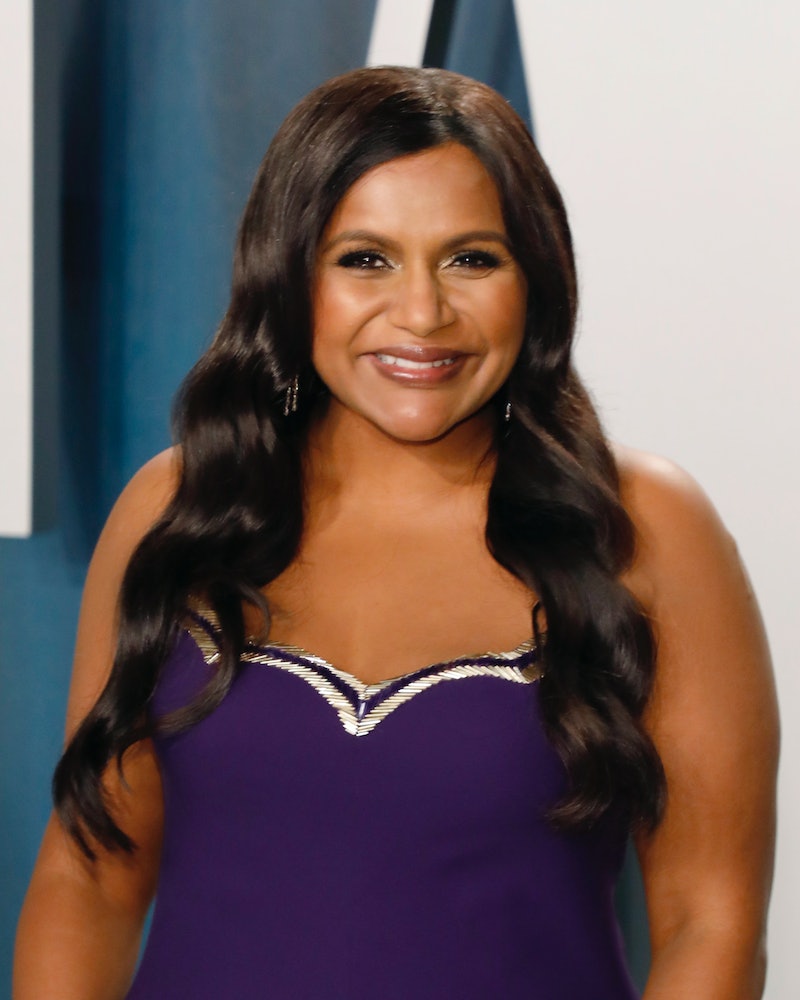 Now that the secret is finally out, Mindy Kaling opened up about being pregnant during the novel coronavirus pandemic and how 1-month-old baby Spencer is doing now. After thanking her social media followers for their "kind words about the new addition to [her] family," on Friday, Oct. 9, the Late Night star admitted that "being pregnant during the pandemic was a little scary." The experience gave her a new perspective on the dedication of frontline workers.

"It made me appreciate all the doctors, nurses and medical professionals who continue to work tirelessly giving treatment to those who need it, putting their own lives at risk," she wrote.

As for how "happy and healthy" Spencer, who was born on Sept. 3, and her 2-year-old daughter, Katherine (aka Kit), are getting along, she shared the following: "His sister is obsessed with him (well, his toys). It's been so fun having him in the house, I almost forget I'm outnumbered now."

"Mindy, this is the best news and happiest possible way to close out the week—congratulations!" Jennifer Garner commented on Instagram. Meanwhile, Spencer wrote, "Congratulations @mindykaling on the arrival of your son! May we make this a better world for him and all children!!!"

In an early Oct. 10 tweet, Kaling shared another look at life with her newborn. She wrote that she'd "just pumped" to Netflix's Mindhunter, admitting it was "not a great choice." After one follower encouraged her to keep watching the serial killer-centered series, Kaling clarified, "No I love #Mindhunter I just found it unsettling to pump to Edmund Kemper?"

Kaling first announced Spencer's birth during a virtual appearance on The Late Show with Stephen Colbert. "I'm telling it for the first time now — it feels so strange," she told Colbert during the surprise reveal. "But I gave birth to a baby boy on Sept. 3. ... This is news to a lot of people." She hadn't gone out of her way to keep her pregnancy under wraps; it just happened that way. With "so much heartbreak" in the world, she explained, she didn't feel comfortable making a big announcement and the pandemic has kept her largely out of the public eye.

In late September, Kaling discussed self-quarantining with Katherine, whom she said was supposed to start preschool this year, with People: "A lot of the stuff I thought was going to drive me crazy about being cooped up with a 2-year-old for seven months has actually bonded us really close together."

And now they're a bubble of three.

More like this
'The Queen’s Gambit' Season 2 Tweet Wasn’t From Anya Taylor-Joy
By Mary Kate McGrath, Jack Irvin and Grace Wehniainen
'Wednesday' Star Emma Myers Thinks A Wenclair Storyline Is “Possible” In Season 2
By Alyssa Lapid
Ashton Kutcher Wants Danny Masterson “To Be Found Innocent” In Rape Retrial
By Jake Viswanath
Alec Baldwin Charged With Involuntary Manslaughter In 'Rust' Shooting Death
By Alyssa Lapid
Get Even More From Bustle — Sign Up For The Newsletter
From hair trends to relationship advice, our daily newsletter has everything you need to sound like a person who’s on TikTok, even if you aren’t.