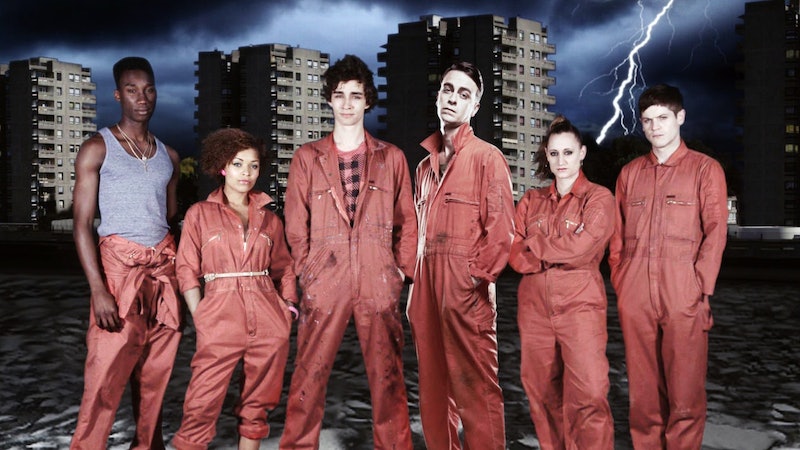 Perhaps the greatest upside to the streaming phenomenon is an unlimited amount of access to some of our favourite shows from years gone by, and news that E4's Misfits is coming to Netflix UK next month will come as a delightful surprise to fans of the hit sci-fi drama.

Referencing The Umbrella Academy's Robert Sheehan, who played the character of Nathan Young throughout Misfits, Netflix revealed the good news on social media. A statement on Twitter read: "ROBERT SHEEHAN NEWS: If S2 of The Umbrella Academy didn’t scratch your itch, *all five* seasons of Misfits will be coming to @NetflixUK on 15 September."

The sci-fi comedy-drama originally ran between 2009 and 2013, and centred around a group of young offenders who acquire a variety of supernatural powers after being struck by lightening during community service.

Reflecting on his Misfits stint during an interview with The Independent, Sheehan described the series as "“a lovely, gorgeous memory." As mentioned previously, fans can enjoy the actor's latest role in Netflix's The Umbrella Academy — in which he portrays the flamboyant Klaus Hargreeves. Speaking to the Metro, Sheehan previously addressed comparisons between the character of Hargreeves and his Misfits persona Nathan Young, revealing that he found no similarity.

"No! No, I think they’re different enough," he told the publication, adding, "I think Nathan is a character who sort’ve… he wasn’t sociopathic, but he didn’t feel great emotional pain to any depth! He just kind of was what he was, but Klaus is completely the opposite I think."

"He’s completely burdened by pain, so that’s what the dead are, that’s what drugs are trying to temporarily salve," Sheehan continued. "He’s a very, very fragile creature. I think if him and Nathan ever met, Nathan would probably have him dead within the week!"