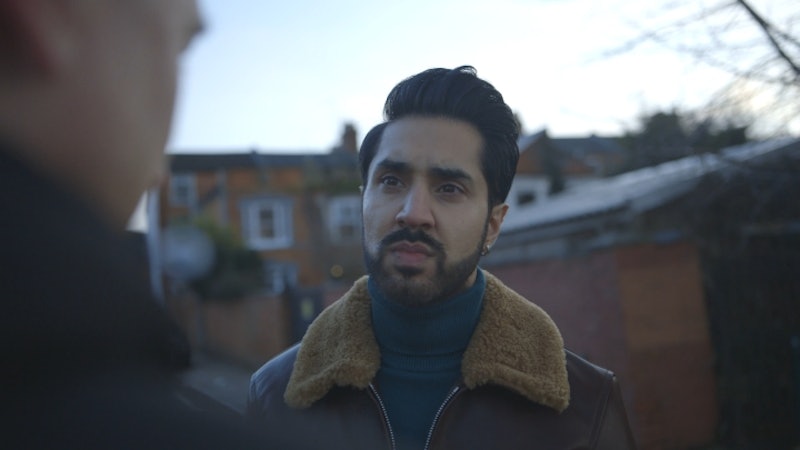 In January 2017, Mohammed Yassar Yaqub was shot and killed by police close to his hometown of Huddersfield. News of his death sparked outrage in the local community and led to an investigation by the Independent Office for Police Conduct. Following every twist and turn of the investigation was Mobeen Azhar, a journalist whose interest resulted not only in a newspaper article and successful BBC docu-series but also a follow-up podcast, which was released earlier this month. In Hometown: A Killing, Azhar takes listeners back into the the heart of the case but also extends his investigation further, revealing what the local community thought of his original BBC series and unearthing more uncomfortable truths about the town in which he grew up.

Born and raised in Huddersfield, Azhar returned from London to his former neighbourhood in 2017 to cover the Independent Office for Police Conduct (IPOC)'s ongoing investigation into the death of Mohammed Yassar Yaqub for the Huddersfield Examiner. During time spent reporting on the case, Azhar was surprised to discover that this death was part of a much larger narrative involving drug-related violence and gang culture that he had previously been blind to.

A BBC Three series detailing Azhar's findings was released back in 2019 and met with rave reviews. Now, his personal account of reporting on the case is the subject of the Hometown: A Killing podcast, which "tells the story of what happened when that story broke," Azhar tells me. Featuring interviews with those closest to Yassar Yaqub, local drug dealers, and some of Azhar's childhood friends, the audio series looks again at the impact of drugs in his hometown but also documents how the investigation was received by locals. "A big chunk of the podcast series is about communities in denial — and it's about the backlash," Azhar explains.

"A big chunk of the podcast series is about communities in denial — and it's about the backlash."

Discussing what initially drew him to the case, Azhar reveals that, despite now residing in London, the story "was something that wouldn't go away." He explains that people were particularly interested to hear his thoughts on what had happened in their hometown. "Lots of people that I knew, people that I grew up with and that I'm friends with were contacting me and saying 'What do you make of this? What's going here? Have you got an opinion on this?'"

Azhar left Huddersfield for university at a young age, and shortly after his return in 2017, the "rose-tinted" perception of his hometown was somewhat fractured. "My view of Huddersfield was kind of old school; I viewed it as a place that was super friendly and very innocent. So, when I think of Huddersfield, I think back to when I was a kid, when everything was green fields, and playing out and having fun — I think I had a very naive view of what Huddersfield was. Making this podcast series, that was blown out of the water."

Another realisation Azhar came to while investigating was about a culture of silence that had begun to pervade through the local community. Due to the nature of the case, many Huddersfield residents weren't eager to co-operate with him or answer his questions. And having personal relationships with some of them didn't necessarily provide any advantage, Azhar says. "People would want to share information, but wouldn't want to be seen sharing information. They'd say 'don't record that' or 'I'll tell you this off the record because I know you, but don't tell anyone I told you'," he explains.

"I think I had a very naive view of what Huddersfield was. Making this podcast series, that was blown out the water."

Despite this resistance, Azhar was determined to address publicly the issue he had uncovered in Huddersfield. The decision wasn't easy, and brought on some aggressive backlash (including death threats), but Azhar makes no apology for what he brought to the surface.

"I've been doing this kind of work for a long time, so I do know that pretty much with every project I've done, you get a whole range of feedback. I'm not naive to this, I kind of expected backlash," Azhar says, adding that, in addition to all the negativity, he had many parents, social workers, and former drug dealers reaching out to him to thank him for what he uncovered as it is "a conversation worth having."

"I've been told on good authority that there's an increased police presence in Huddersfield and similar areas dealing with issues raised in the podcast. I don't make any apology for that, I think thats only a good thing."

And, along with this, the experience of working in his old stomping ground did come with other positives for Azhar. "There wasn't a day that went by where I didn't bump into someone. People I hadn't seen in years — that was lovely," he tells me.

So, what else has Azhar been working on since his ground-breaking investigation in Huddersfield? He continued in the true crime genre with a two-part investigative documentary, A Black And White Killing: The Case That Shook America, which recently aired on BBC Two and is set to be released in podcast form on BBC Sounds in just "a few months."

"We live in a world where we are so preoccupied with presenting a particular view. What true crime does, it peels all that back, and quite often what you can reveal can be quite ugly."

He continues: "We live in a world where we are so preoccupied with presenting a particular view. What true crime does, it peels all that back, and quite often what you can reveal can be quite ugly. I think that's a good thing, because it's just real and very honest. I think thats the reason so many people are interested in true crime."

Listen to Hometown: A Killing on BBC Sounds.