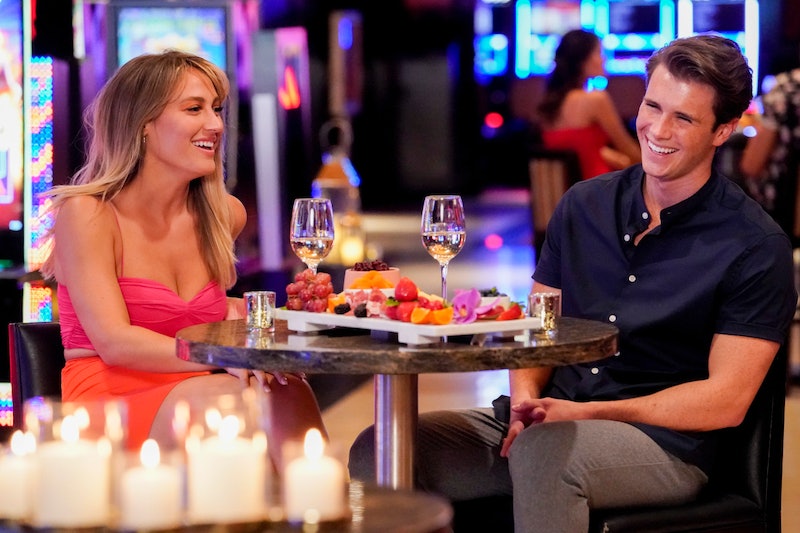 Although the new season of Love Island US is still young, the islanders' true colors are already beginning to come out. In the Aug. 28 episode, after a surprise date with newcomer Calvin, Moira Tumas found she unexpectedly had feelings for him — a development that her official partner James did not approve of — and things got heated, fast. So before this love triangle gets any more intense, here's everything to know about Moira.

Moira grew up a mile from the Jersey Shore and admittedly loves the beach, per her CBS bio, but according to her Instagram, she currently lives in New York City.

She recently got out of an eight-year relationship.

According to her CBS bio, after being with her ex for nearly a decade, he wasn't ready for marriage. The relationship taught her what red flags to look for in the future, and now she really knows what she wants: someone who is adventurous and likes to snuggle. Her would-be dating profile bio would read, "I'm carefree and love to dance. Looking for a person where we can tolerate each other for the next 80 years."

Her CBS bio calls her a "shopping channel model," and according to her professional website, she's been featured in everything from beauty ad campaigns to editorial photoshoots. Most notably, she's modeled for DevaCurl, Ulta and L'Oréal Paris USA. Her website also says she studied acting at Bristol, England's Bristol Old Vic Theatre School and improv at the Upright Citizens Brigade Training Center in New York City, and she has an Associate's degree in Communication Design from the Fashion Institute of Technology.

She's a Pisces and a "free spirit."

Which explains this photo of her petting a sheep and calling herself a "sheep whisperer."