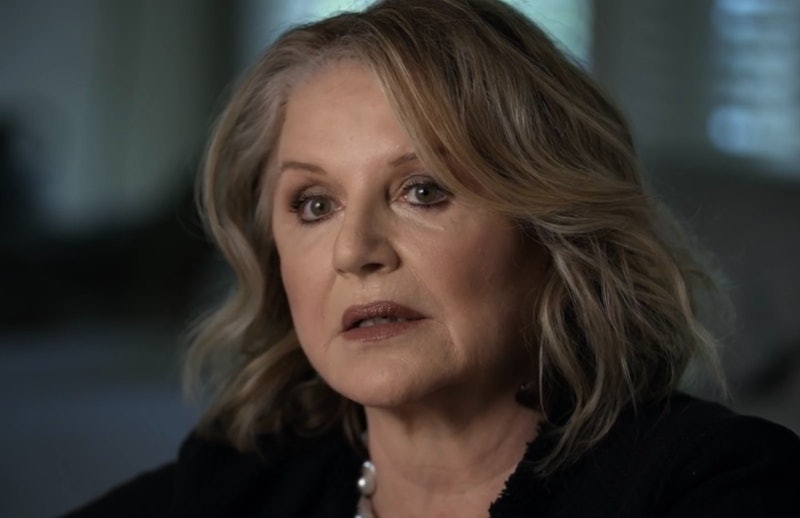 As FBI agents pressured her to cooperate with their Bill Clinton investigation in January 1998. Monica Lewinsky only wanted to call one person: her mom, Marcia Lewis. Eager to secure her participation, the agents insisted that she, a 24-year-old woman, didn’t need to call her mother and threatened to prosecute Lewis. But Lewinsky stood her ground, eventually convincing them to let her make the call on a pay phone outside of the Ritz-Carlton hotel room where she’d been detained.

During the panicked call, which is revisited in FX’s Impeachment: American Crime Story, Lewinsky said that her mom had to tell her to calm down and breathe before she “came to understand, ‘[the] FBI have me. I’m in a hotel.’” Lewis quickly hopped on a train and came to the hotel room where, as she described in A&E’s 2018 docuseries The Clinton Affair, she tried “to act brave” so the FBI would “not to see how frightened” she was.

The mother and daughter were able to speak privately in the hallway. “I said, ‘You must cooperate, Monica,” Lewis recalled. “I wanted her to do what they said because they were threatening more than 20 years in jail, and this would be just to protect Bill Clinton. That’s who they were really after. She was just a means.”

When authorities made excuses for why they couldn’t put an immunity offer for Lewinsky in writing, Lewis said she knew that they “couldn’t trust them.” So the women returned to their shared apartment at the Watergate Hotel without a deal. Lewis explained that they were both “very, very frightened,” and her daughter was “distraught” after being detained for 11 hours. “[Monica] kept repeating, ‘I just want to die. I just want to die,’” Lewis said, adding she “stayed by her side” the entire time.

Investigators soon compelled Lewis to testify in front of a grand jury and tried to get her to say that Lewinsky had confided in her that Clinton asked her to lie to lawyers in the Paula Jones lawsuit. Lewis explained in the A&E doc that she felt she was only called in “to intimidate” her daughter in the hopes that she’d “say something that [would] help” the FBI implicate her. She added that it was “an impossible situation for a parent” and that forcing a parent to testify against a child is “inhuman, it’s barbaric.”

In the end, neither woman was charged with a crime, and they seem to still have a close relationship today. In May, Lewinsky tweeted a screenshot of a comical family group text exchange, writing “gotta hand it to my mom,” whom she calls “mombo.” Lewis, for her part, was married to New York City media mogul R. Peter Straus from 1998 until his death in 2012. (Coincidentally, Straus was reportedly friends with lawyer and close Clinton associate Vernon Jordan.) Lewis also has a son, Michael Lewinsky, and she’s a freelance writer who reportedly contributed to The Hollywood Reporter. In 1996, she published a book, The Private Lives of the Three Tenors: Behind the Scenes With Placido Domingo, Luciano Pavarotti, and Jose Carreras.

Despite the intense scrutiny Lewinsky and Clinton’s affair brought to their family, Lewis always stood by her daughter. “We love Monica. We love and adore Monica, and her whole family, her whole family was supporting her,” she added in The Clinton Affair. “Now that doesn’t mean that we condoned what happened. It’s not the same thing, and people should... I really want people to know that we are so, so sorry for what happened. And Monica is so sorry. She so regrets what she did.”

More like this
Eurovision Has Been Given A Whole New Look Ahead Of Its Liverpool Debut
By Bustle UK
Grammys Host Trevor Noah Made Adele's Dream Of Meeting The Rock Come True
By Brad Witter
Pedro Pascal Barely Got Through The "Lisa From Temecula" 'SNL' Sketch
By Stephanie Topacio Long
Melanie Lynskey Plays A “Ruthless Leader” In 'The Last Of Us'
By Brad Witter
Get Even More From Bustle — Sign Up For The Newsletter
From hair trends to relationship advice, our daily newsletter has everything you need to sound like a person who’s on TikTok, even if you aren’t.