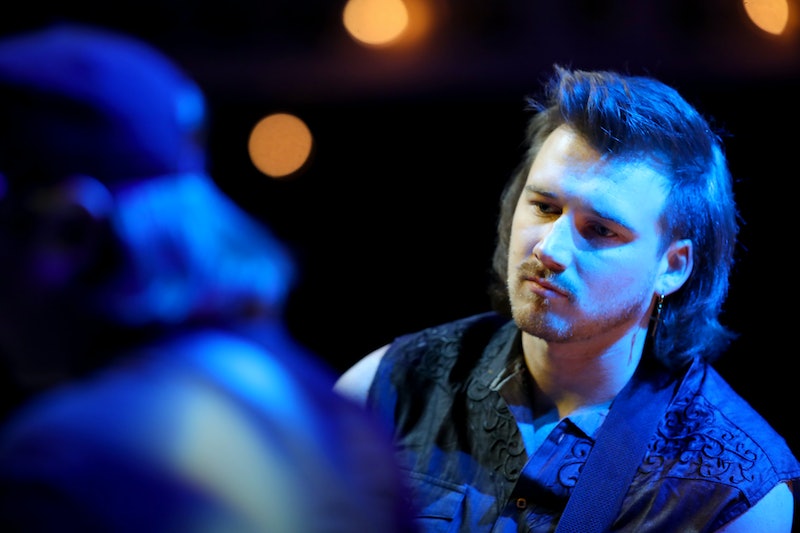 Country singer Morgan Wallen is attempting to make amends more than a week after a video of him using the N-word was made public. The footage, which shows Wallen uttering the racial slur during a night out with friends, sparked major repercussions for the singer. His label, Big Loud Records, "suspended" him, and country music radio chain Cumulus Media pulled his songs from the airwaves. His agency, WME, dropped him, and the 2021 Academy of Country Music Awards stripped Wallen's music of eligibility. Additionally, several major country music stars condemned Wallen's actions and addressed the history of racial inequality within the industry. And on Feb. 10, Wallen addressed the fallout with a five-minute apology video captioned, "Update from me."

Via Instagram, Wallen, 27, admitted that his statement was "long overdue" and that he "has been sober for nine days" since the incident. "This week, I’ve been waiting to say anything further until I got the chance to apologize to those closest to me that I knew I personally hurt," he said, offering apologies to both his parents and his 7-month-old son, Indigo. "I let so many people down," Wallen continued. "I let my parents down, and they're the furthest thing from ... the person in that video. I let my son down, and I'm not okay with that." Wallen also claimed that he was "on hour 72 of 72 of a bender" when someone caught him using the N-word.

As for next steps, Wallen said he's "accepted some invitations from some amazing Black organizations, some executives, and leaders to engage in some very real and honest conversations." The singer went on to say that he "was pretty nervous to accept those invitations," adding, "They had every right to step on my neck while I was down, to not show me any grace. But they did the exact opposite — they offered me grace, and they also paired that with an offer to learn and to grow."

After the video, first obtained by TMZ, was released, Wallen said he'd heard "firsthand some personal stories from Black people that honestly shook me." He continued, "I know what I'm going through this week doesn't even compare to some of the trials I heard about from them. I came away from those discussions with a deep appreciation for them and a clear understanding of the weight of my words. I wish the circumstances were different for me to learn these things, but I'm also glad it started the process for me to do so."

Despite the controversy, Wallen's latest album, Dangerous: The Double Album, remains No.1 on the Billboard 200 after sales of his music surged. (Country music's Jason Isbell, a writer on the record, has announced he'll donate his earnings from the album to the NAACP's Nashville chapter.) “I appreciate those who still see something in me and have defended me, but for today, please don’t,” Wallen explained. “I was wrong. It’s on me. I take ownership for this. And I fully accept any penalties I’m facing. The timing of my return is solely upon me and the work I put in.” He concluded his message by quoting Paul's letter in 1 Corinthians 13:11, a passage about surrendering "childish ways" in order to become "a man." "That’s what I’m going to be doing for the next little while. God bless," Wallen said.

This isn't the first controversy the country artist has faced in his career. Last October, Wallen was axed as a Saturday Night Live musical guest after violating COVID-19 safety protocol by visiting a packed bar in Alabama. The show later reinstated him as a guest in a December episode hosted by Jason Bateman. Wallen appeared in a sketch that made light of the controversy.