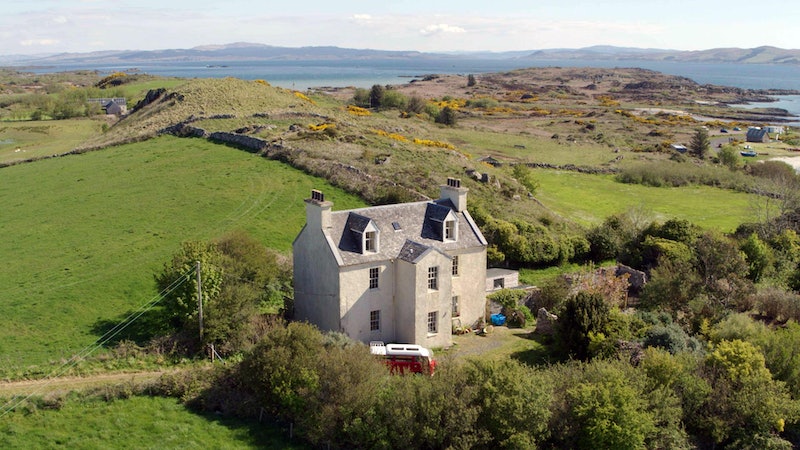 Combining two of the nation’s greatest obsessions – true crime and reality TV – Channel 4’s Murder Island sees a group of contestants take on the role of amateur detectives as they try and solve a specially curated murder mystery on a remote Scottish island. But, do the contestants win anything for their efforts? And what’s the prize for Murder Island?

Well, as it turns out, there’s a lot at stake for the show’s participants, as the winners of Murder Island will take home a hefty £50,000 reward.

The six-part Channel 4 series sees eight contestants coupled up into pairs and split into four separate groups. Each pair must then compete to solve a murder mystery penned by the renowned British crime writer, Ian Rankin, on the Scottish island of Gigha (named Hirsa within the series).

The mystery begins at the scene of the crime: an old, rundown pub known as The Manse, where the body of Charly Hendricks was discovered just a few hours before the contestant’s arrival on the island.

Overseen by the show’s senior investigating officer Parm Sandhu and her two deputies, Simon Harding and Graham McMillan, the teams must do their best to unpick Rankin’s mystery over the course of one week to ensure they are in with a chance of bagging the £50,000 prize.

Speaking to Radio Times ahead of Murder Island’s debut, crime writer Rankin revealed that he was at first reluctant to take part in the series. “It’s such a dangerous thing to try to do, it’s mad! But it stretched me in all kinds of ways because this isn’t normally the way I operate.” He continued, “It was a challenge but a really entertaining one, and it kept me sane in the first few months of the year when we were still in lockdown.”

As mentioned, the contestant’s efforts take place under the watchful eye of senior investigating officer Sandhu, who, in real life, is a former Chief Superintendent with the Metropolitan Police. Discussing her role in the reality-true crime series, Sandhu revealed to the Radio Times that she was “a bit of a meanie.”

“I was in charge of everybody and my two detective colleagues had to answer to me as well... Right from the outset there was a stand-off. When we arrived off the boat on the Marina a couple of them said, ‘Oh, she looks mean,’” she recalled.