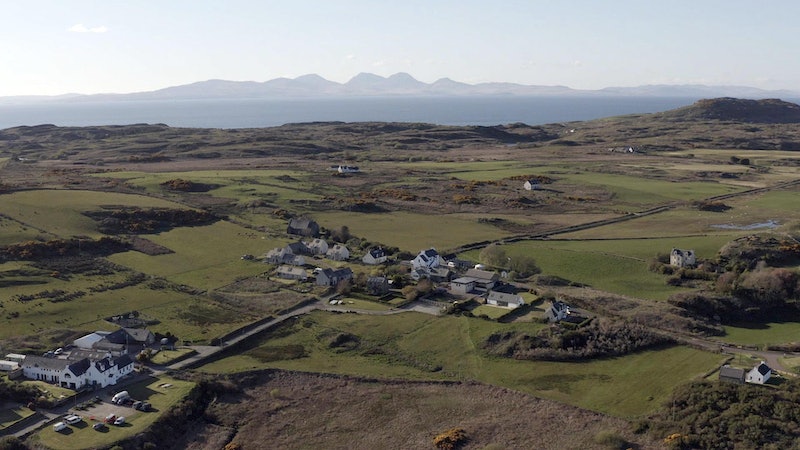 Channel 4’s upcoming new show Murder Island has all the makings of a typical British crime drama: a remote yet tranquil town is rocked when a woman is murdered, and an urgent murder investigation ensues... However, there’s one major twist: this new series is actually a “genre-bending” reality game show.

Murder Island will see four teams of regular people take on the role of detective. With the help of real police resources, they will attempt to solve the murder in just eight days to be in with a chance of bagging £50,000.

Launching tonight (October 5), the exciting new reality-cum-murder-mystery-drama has been written by acclaimed true crime author Ian Rankin, so it’s safe to say we can expect a gripping plot. As the name would suggest, the new series appears to take place somewhere isolated but where exactly is Channel 4’s Murder Island filmed?

For the new series, Channel 4 travelled to the Isle of Gigha, an island off the west coast of Kintyre in Scotland. Although it may seem entirely remote, the island is actually visited by a large number of tourists each year and, according to Scottish travel guides, the tranquil destination is known for its excellent whisky distilleries.

For Murder Island, Gigha has been given the fictional name of Hirsa, where, as the synopsis describes, is a “173-strong island community ... served by one pub, a single shop, and a primary school.” It adds: “For everything else you have to travel to the mainland.”

For the new six-part series, the “tranquil beauty” of Hirsa “has been shattered” when a body is discovered in an old run-down property.

For the show’s writer, Ian Rankin, the Scottish island made the perfect backdrop for his carefully crafted murder plot.

“When I was originally approached, the production didn’t know which island they were going to use. So when I wrote the first draft, it was a fictitious island so we’ve actually given it a fictitious name,” he said, via Channel 4.

The acclaimed crime novelist, who is from Scotland, also added: “It’s filmed on a real island, but the island in the story is called Hirsa. Then Craig, one of the producers, couldn’t believe it because when he went out to the real island where they were filming, he started sending me photographs, saying, ‘This is just like in your script. Amazing.’

“So many of the places that I had imagined actually did exist. And possibly that’s because I’ve got a very vivid imagination, or possibly, it’s because I know what islands are like off the west coast of Scotland.”

Murder Island will see the teams of amateur detectives arrive at Hirsa by boat before they get stuck into their realistic investigation, overseen by some of Scotland’s “finest real detectives.” According to Channel 4, these real cops will work with the same information as the amateurs and will bring their own experience as they judge each team.

After gathering evidence, the final team will also have to build a strong enough case to satisfy one of Scotland’s leading lawyers before winning the cash prize.

More like this
A New Netflix Doc Will Explore The Unsolved Murder Of Jill Dando
By Sam Ramsden
Rachel Nickell’s Son Wants The Police To Take Accountability Over Errors
By El Hunt
'Love Island' Has Added Yet Another Bombshell To The Villa
By Bustle UK
This Pre-'Love Island' Video Of Olivia & Zara Together Changes Everything
By Bustle UK
Get The Very Best Of Bustle/UK
Sign up for Bustle UK's twice-weekly newsletter, featuring the latest must-watch TV, moving personal stories, and expert advice on the hottest viral buys.