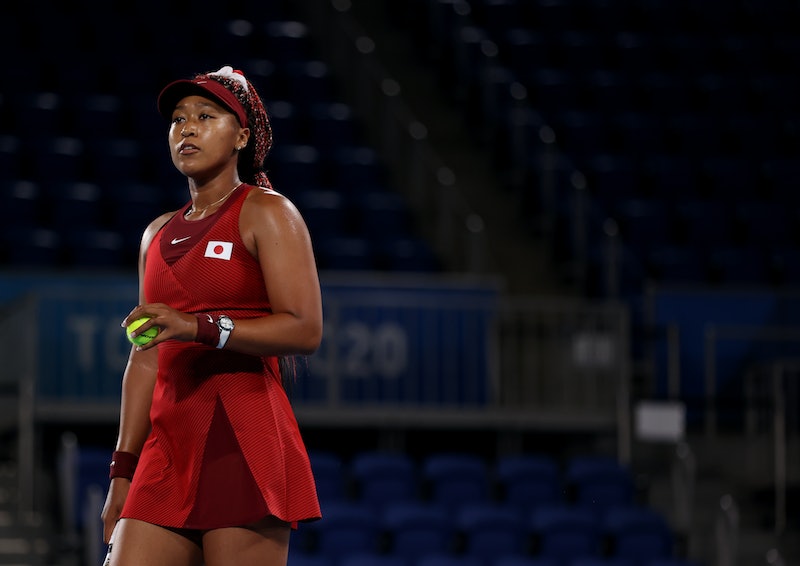 Following a 7.2 magnitude earthquake that killed hundreds of people in Haiti, Naomi Osaka will donate winnings from an upcoming tournament to aid emergency response efforts in the country. On Saturday, Aug. 14, Osaka spoke out about the devastation on Twitter, writing, “I feel like we really can’t catch a break.” The tennis star, whose father is Haitian, said that she is about to compete in a tournament this week and would “give all the prize money to relief efforts for Haiti.” She added, “I know our ancestors blood is strong we’ll keep rising.”

Haiti declared a state of emergency after the earthquake hit on Saturday morning, with the country’s civil projection service citing at least 1,800 injuries, according to CNN. Haitian Prime Minister Ariel Henry said that “medical needs” are among the country’s most urgent needs and that the country is sending out personnel to evacuate those requiring urgent care.

U.S. Vice President Kamala Harris tweeted that the United States would “move quickly” to “assess the damage and assist in recovery” on Saturday morning. USAID, the United States Agency for International Development, will be sending an “elite” Disaster Assistance Response Team to coordinate a humanitarian response, according to a statement from Joe Biden.

Osaka, who was among the first public figures to speak out about the disaster in Haiti, confirmed her participation in the Western & Southern Open, also known as the Cincinnati Open, beginning Aug. 16. It will serve as a warm-up tournament for her before she attempts to defend her title at the U.S. Open, starting on Aug. 30. Earlier this month, Osaka pulled out of another warm-up event, the National Bank Open 2021. However, fans received good news on Friday as the Western & Southern Open teased Osaka’s participation in the tournament on Twitter, sharing a video of the tennis champion practicing her serve.

The past year has had ups and downs for Osaka, who started off the season winning her second Australian Open title. In May, the tennis star was fined $15,000 dollars after opting not to talk to the press after her first-round match at the French Open, citing mental health concerns. Osaka eventually pulled out of the event altogether and skipped Wimbledon to continue to prioritize her health. The four-time Grand Slam singles champion most recently competed at the Tokyo Olympics, where she had hoped to take home a medal for Japan but lost in an upset to eventual silver medalist Marketa Vondrousova.

Osaka could still finish this year strong. In 2020, she came in second to Victoria Azarenka at the Cincinnati Open, but then went on to win the U.S. Open right after. The Tokyo Olympics may have shown upsets can happen, but the world No. 2 player is still a favorite for the upcoming competition.