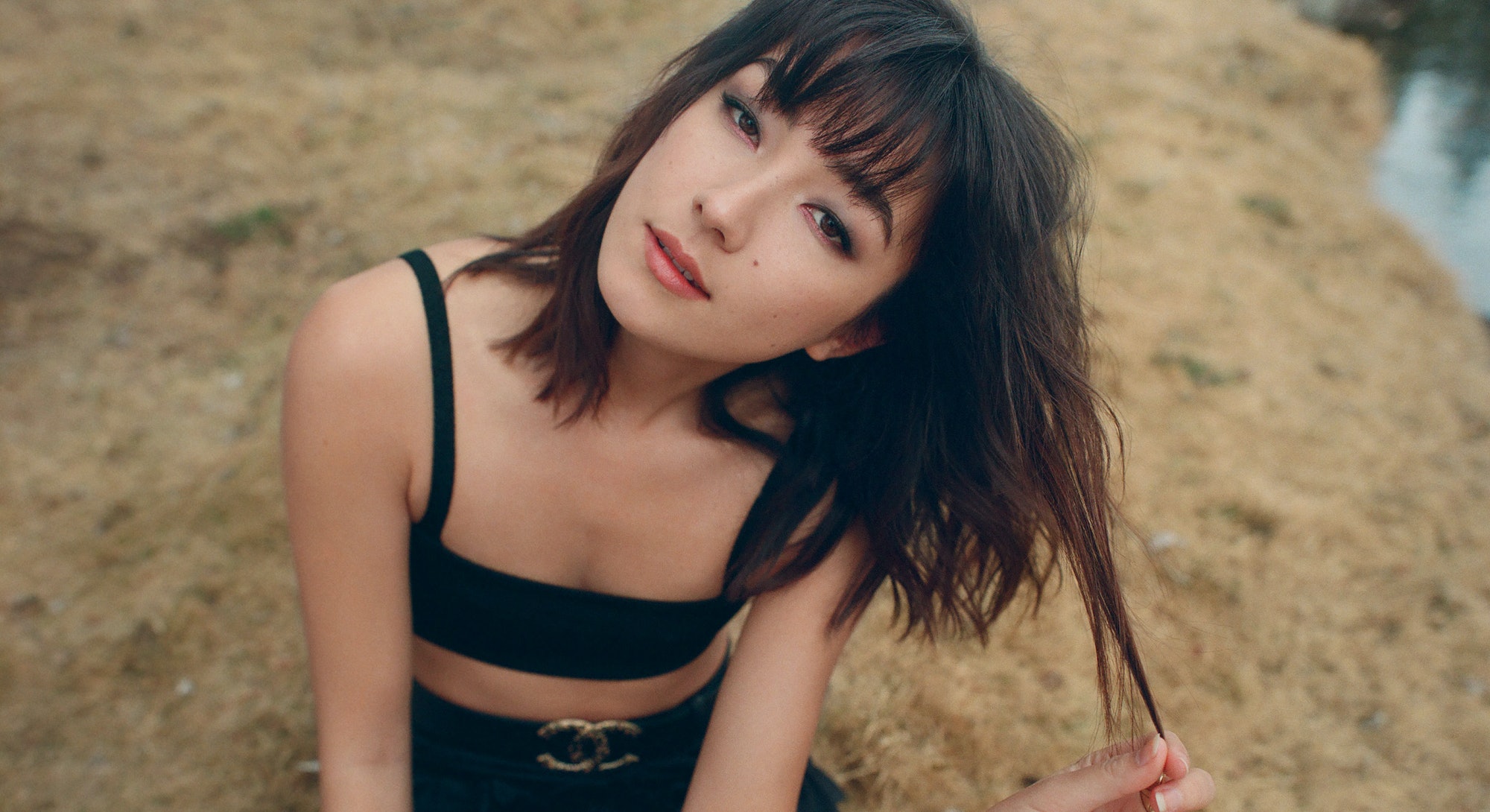 Natasha Liu Bordizzo is going to die. She’s reminded of this fact five times a day, when her phone hums with a notification from the WeCroak app. The texts, which she often ignores, are “based on the Bhutan philosophy that meditating on death will lead to a more holistic life, which I 100% believe,” says the Australian actor with a self-aware laugh. “My friends sometimes hold my phone while I'm driving, and then this text pops up: ‘Don't forget, you're going to die!’ and they’re like, ‘Natasha, what the f*ck?’”

These mementos mori help keep things in perspective, she says: “Even when I'm at work, I will ground myself by being like, ‘Natasha, you're going to die. We're all going to die. None of this matters.’”

Bordizzo’s calling from a Sweetgreen in Los Angeles, where she’s loading up on protein after a training session. (Her order: a harvest bowl with extra chicken and avocado.) Lately, the 27-year-old has been practicing Pilates to focus on core strength — a pivot from her background in tae kwon do, which she started when she was 10. “[Pilates] feels like I'm actually getting stronger in a different way than a superficial workout where you're trying to make your body look different,” says the Chanel ambassador, who visited the brand’s temporary boutique in Aspen, Colorado, last month. She’s trying to get stronger for herself, yes, but also for upcoming stunt-heavy projects.

After eight years of acting, 2022 will mark a career high for reasons that Bordizzo is barred from discussing — for right now, at least — except for its physical requirements. Some of her previous projects required arduous stunt work, too. She mastered sword-fighting for Netflix’s 2016 action flick Crouching Tiger, Hidden Dragon: Sword of Destiny, performed acrobatics in The Greatest Showman, and kicked her way out of a hostage situation in 2019’s Guns Akimbo opposite Daniel Radcliffe. Most recently, she acted alongside Sydney Sweeney in last fall’s erotic thriller The Voyeurs, which is streaming on Amazon Prime. (Here, though, her character’s biggest stunt was for publicity.)

Ironically, Bordizzo never dreamed of becoming an actor. She grew up in a beachy suburb of Sydney, Australia, called Maroubra, in what she calls “a low socio-economic situation.” As a mixed-race child with Chinese and Italian roots, she couldn’t picture herself on-screen, in part because she didn’t see herself reflected there. But even so, she instinctually placed herself in the role. “I would watch movies and imagine how I would have done the scene, which apparently is not common.” She laughs. “I ask people, ‘Didn’t you used to do that?’ And they're like, ‘No, never.’”

Her high school was “very academic,” she says, and she applied to university with the intention of being a lawyer. During her first year at Sydney's University of Technology, Bordizzo was scouted off the street for modeling, which she was lukewarm to pursue. Soon after, her agent submitted her to an open casting call for Crouching Tiger, Hidden Dragon. She booked the part and left school.

Despite her growing resume, Bordizzo is just newly comfortable introducing herself as an actor. “I thought it was such a joke for so long, that I was trying to be an actor,” she says, but it started to feel real when she recently purchased a house in Los Angeles. “I still feel like a huge imposter living in it. I am embarrassed — like, my mom is very Chinese and she's extremely, like, ‘Don't show off.’ It’s a scarcity mindset.”

So far, some of her biggest projects have been fantasy, which she attributes to the genre’s increased racial diversity. When auditioning for realistic films, “I'm not ‘authentically’ Japanese for this role or ‘authentically’ Chinese enough for that role. And then, of course, I'm too Asian to play roles that were meant to be for Caucasian people,” says the actor, who grew up reading fantasy YA series like Harry Potter and Deltora Quest by Aussie author Emily Rodda. “[In fantasy films], you can be on some planet that doesn't actually exist, where you're, like, an alien, [or] where race was never part of that story, or not important to that source material.”

As Bordizzo continues to gain Hollywood recognition in 2022, her WeCroak app will keep things in perspective. And in the meantime? “I’ve been way more cutthroat about how I spend my time and who I spend it with,” she says. “Huge boundaries up. Kindred spirits only.”