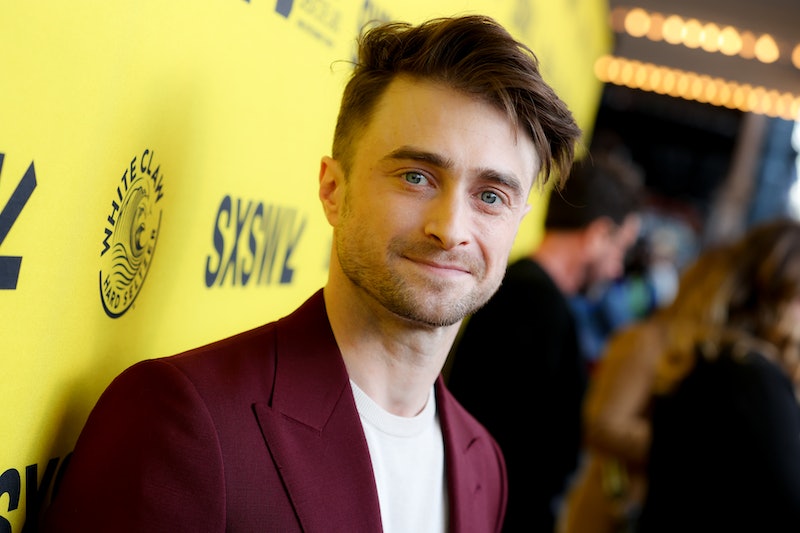 Nearly three months after viewers reveled in the warm, fuzzy nostalgia of the Harry Potter reunion, Daniel Radcliffe is addressing whether or not he’d ever pick up the role of The Boy Who Lived again. But, as he warned The New York Times, it “isn’t the answer that anybody’s going to want.”

While promoting his new adventure comedy, The Lost City, alongside co-stars Sandra Bullock and Channing Tatum, Radcliffe opened up about his plans for the future — and the little fantasy franchise they probably don’t include, at least for now. “I think I was so able to go back and enjoy [the reunion] because it’s not a part of my day-to-day life anymore,” he said. “I’m getting to a point where I feel like I made it out of Potter OK and I’m really happy with where I am now, and to go back would be such a massive change to my life.”

If you fell off the Harry Potter fandom in recent years (very understandable), you might be wondering if there is even another book about Harry for Radcliffe to make a movie about. Yes, there is: Harry Potter and the Cursed Child is a play (also published as a book) about Harry and his son, Albus Severus, who you met during the Deathly Hallows epilogue. A movie adaptation isn’t officially happening, but Chris Columbus — who directed the first two Harry Potter films — told Variety he would “love to direct” the original trio in that project if it were to go ahead. “The kids are actually the right age to play those roles,” he said. “It’s a small fantasy of mine.”

But it sounds like Radcliffe would need a lot more time before stepping back into the Wizarding World. “I’m never going to say never, but the Star Wars guys had like 30, 40 years before they went back,” he told NYT. “For me, it’s only been 10. It’s not something I’m really interested in doing right now.”

For what it’s worth, Radcliffe and his fellow Harry Potter alums seem to be on the same page — one of admiring the franchise from afar, that is. After watching Harry Potter and the Cursed Child in London in 2016, Emma Watson shared her praise for Noma Dumezweni’s portrayal of Hermione, writing on Facebook that “some things about the play were, I think, possibly even more beautiful than the films.” So it seems she’s more than happy to pass the wand to a new performer. And for Rupert Grint’s part, he, like Radcliffe, told Entertainment Tonight that he would “never say never” to appearing in the production but considered the play “a genius extension of those characters” and “[hadn’t] really thought about” getting involved himself.

More like this
The 'Hocus Pocus' Sequel Finally Has A Release Date & It Makes Total Sense
By Shannon Barbour and Radhika Menon
Kimberly J. Brown & Daniel Kountz Looked Back On Their ‘Halloweentown’ Romance
By Stephanie Topacio Long
All The Sneaky Lindsay Lohan Movie Easter Eggs In Her New Ad, Explained
By Stephanie Topacio Long
'Friends' Creator Marta Kauffman Opened Up About Misgendering A Guest Character
By Grace Wehniainen
Get Even More From Bustle — Sign Up For The Newsletter