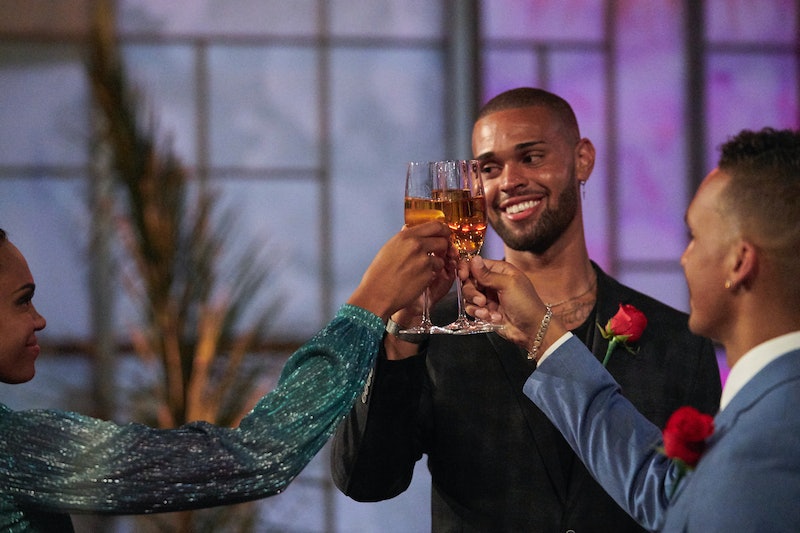 On the eve of Michelle Young’s Bachelorette finale, we’re patiently waiting to discover who she’ll ultimately choose. However, there may be more drama surrounding the season’s penultimate episode than the finale itself. The furor surrounds Nayte, one of Michelle’s final two men, focusing specifically on his and Michelle’s conversation during their dinner date.

By the end of their fantasy suite outing, audiences were pretty dubious about Nayte and Michelle’s relationship. Fans of the show will remember instances during the date, which aired Dec. 14, where Michelle had voiced suspicions that she was more into Nayte than he was into her. Nayte didn’t exactly dispel these apprehensions. The issue wasn’t that fans of the show didn’t believe that Nayte was into Michelle, but rather that there was something questionable about Nayte not being able to unabashedly express his feelings for Michelle.

Since the episode Nayte has done his best to explain his conversation with Michelle. He appeared on the Clickbait podcast, hosted by Bachelor franchise alumni Natasha Parker, Tia Booth, and Joe Amabile. Nayte began by detailing a brief story about his impulsive nature. He recounted a time in his life when he up and moved to Austin, Texas, with nothing more than a suitcase and no definitive plan. He then went on to explain how his spontaneity affected his conversation with Michelle.

“I don’t have all the answers,” he said, specifically referring to Michelle’s points about the differences between being in love, falling in love, and getting engaged. “I have an idea of what life is going to look like,” he continued, trying to explain that his uncertainty had more to do with the randomness of life, and not his feelings for Michelle.

Nayte would go on to finish by saying, “I trust myself, I trust that I’m falling in love with [her].” It may not be the ultimate decree of love that fans have come to expect at this point in the season, but as Nayte explained, the way he feels about Michelle is strong enough that he doesn’t need to go all out in expressing his love for her. Now, some fans may see this as a cop-out — after all, how hard is it to express love for someone you’re several days away from proposing to? However, some people may see it as an obvious green flag that someone is pragmatic about turning a relationship that is only weeks old into an engagement.

Nayte also addressed the concerns that he wasn’t ready for such a big commitment. Fans may remember a conversation between Nayte and his stepfather from earlier this season, in which it seemed as though Nayte wasn’t ready to get down on one knee. “After talking with my stepdad and my mom after that episode aired, the biggest takeaway is that they just don’t want me to get hurt,” he said. As he detailed, his parents’ concerns about his readiness to get engaged had more to do with wanting to protect him than being unconvinced about his connection with Michelle. With so much confusion hopefully cleared up, fans can leave the drama from the fantasy suite behind, and get ready for the drama destined for the finale.