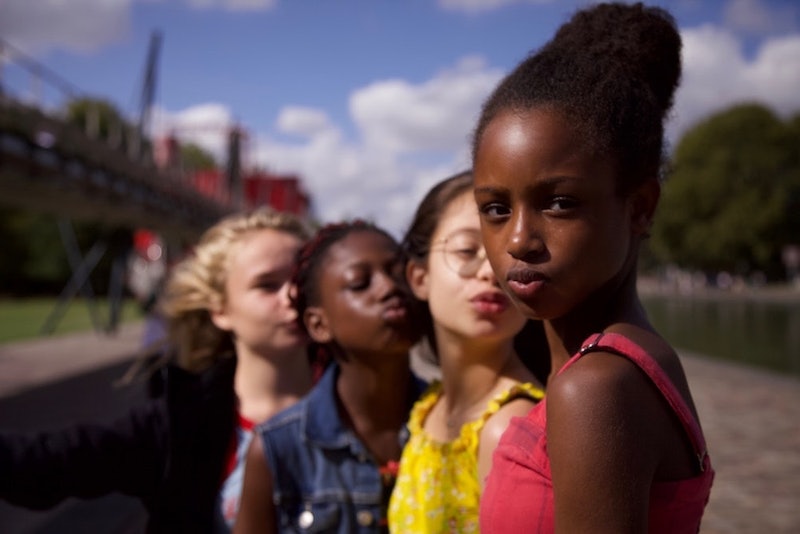 A grand jury in Tyler County, Texas has indicted Netflix due to it’s French coming-of-age drama Cuties, alleging “lewd exhibition” of children, according to reports published on Tuesday, Oct. 6. More specifically, the charge initially filed back in September accuses the site of promoting "visual material which depicts the lewd exhibition of the genitals or pubic area of a clothed or partially clothed child” under the age of 18, “which appeals to the prurient interest in sex and has no serious literary, artistic, political, or scientific value,” per a document tweeted out by Texas congressman Matt Schaefer on Tuesday.

A spokesperson for Netflix said the charge is “without merit” in a statement issued to various publications on Tuesday. "Cuties is a social commentary against the sexualization of young children," Netflix said. "This charge is without merit and we stand by the film."

The decision comes after director Maïmouna Doucouré penned an op-ed in The Washington Post last month to defend her film, which had been mired in controversy well before its premiere. For those unfamiliar, Cuties follows an 11-year-old Muslim Senegalese immigrant named Amy who forms a dance troupe to gain popularity after she moves to Paris with her family. In large part due to Netflix’s poster mishap (the girls were featured in booty shorts and crop tops, a major departure from the original poster of the girls frolicking with shopping bags), critics have accused the film of sexualizing children.

While Netflix replaced and apologized for the poster, the damage had already been done. Fueled largely by the far-right and QAnon groups, the backlash led Doucouré to set the record straight, making it clear that she intended to "make a film in the hope of starting a conversation about the sexualization of children." She continued, explaining that if adults are unsettled by the film, that's the point. "Some people have found certain scenes in my film uncomfortable to watch," she conceded, adding, "But if one really listens to 11-year-old-girls, their lives are uncomfortable."

Citing conversations she had with girls about the tolls of puberty and coming-of-age in an era of social media, Doucouré continued, "We, as adults, have not given children the tools to grow up healthy in our society. I wanted to open people's eyes to what's truly happening in schools and on social media, forcing them to confront images of young girls made up, dressed up and dancing suggestively to imitate their favorite pop icon.” She added of the #CancelNetflix hashtag that trended on the same day as her film's American premiere, "It's my sincerest hope that this conversation doesn't become so difficult that it too gets caught up in today's 'cancel culture.’”