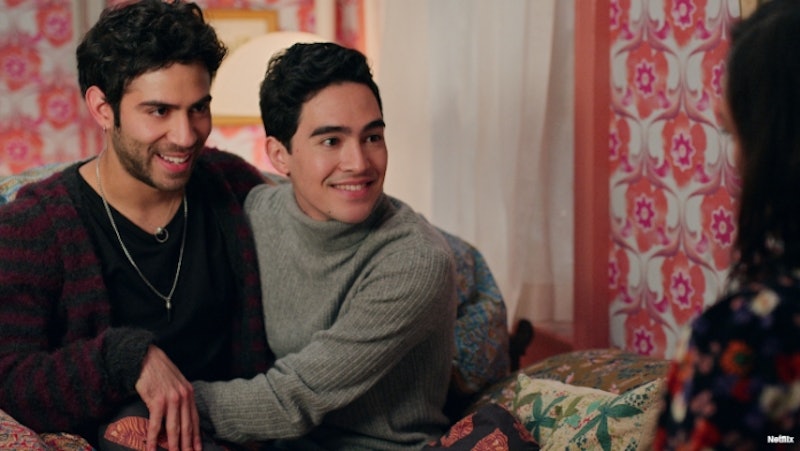 Dash & Lily's Book of Dares follows its two title heroes as they traipse around New York City, trading clues and dares. Their game begins when Lily leaves a nearly empty notebook on the shelf next to Franny & Zooey in the Strand. Inside is a challenge from Lily, which Dash completes after taking the notebook with him. He leaves the book somewhere else, with a dare of his own for Lily. In this way, the two teenagers build a kinship that leads them closer and closer to one another, but a series of mishaps could derail all of their romantic plans.

Without putting too fine a point on it, let's just say that things work out for the teenage lovebirds at the end of Dash & Lily's Book of Dares. Dash is exactly the kind of misanthropic young high-school student you remember from late-Aughts YA, but Lily's game of scavenger hunts and dares forces him to question whether his disdain for humanity has been misdirected. Meanwhile, Lily's a quirky teen in love with love itself, and she feels everything — good and bad — with an emotional intensity that provides the perfect foil to Dash's brooding exterior. They're nothing alike, but they turn out to be kind of perfect for one another, in the end.

Not only is Dash & Lily's Book of Dares the third collaboration from Cohn and Levithan, but it's also the third of their co-written novels to be adapted for the screen. Nick & Norah's Infinite Playlist headed to the big screen in 2008, with Michael Cera (Arrested Development) and Kat Dennings (2 Broke Girls) in the title roles, and a Naomi & Ely adaptation starring Victoria Justice (Victorious) and Pierson Fodé (The Bold and the Beautiful) followed in 2015.

The first Cohn and Levithan adaptation to come to television, Netflix's Dash & Lily will star Austin Abrams (Euphoria) and Midori Francis (Good Boys) as the eponymous couple. You can stream the series on Netflix beginning Nov. 10.

More like this
Netflix Shut Down 'Bridgerton' S3 Rumours About A “Very Dark” Storyline
By Bustle
The Plane Crash In 'Dear Edward' Is Based On A 2010 Tragedy
By Grace Wehniainen
'Wednesday' Star Emma Myers Thinks A Wenclair Storyline Is “Possible” In Season 2
By Alyssa Lapid
Armani Jackson Is Following In His Famous Actor Sister’s Footsteps
By Catharina Cheung
Get Even More From Bustle — Sign Up For The Newsletter
From hair trends to relationship advice, our daily newsletter has everything you need to sound like a person who’s on TikTok, even if you aren’t.