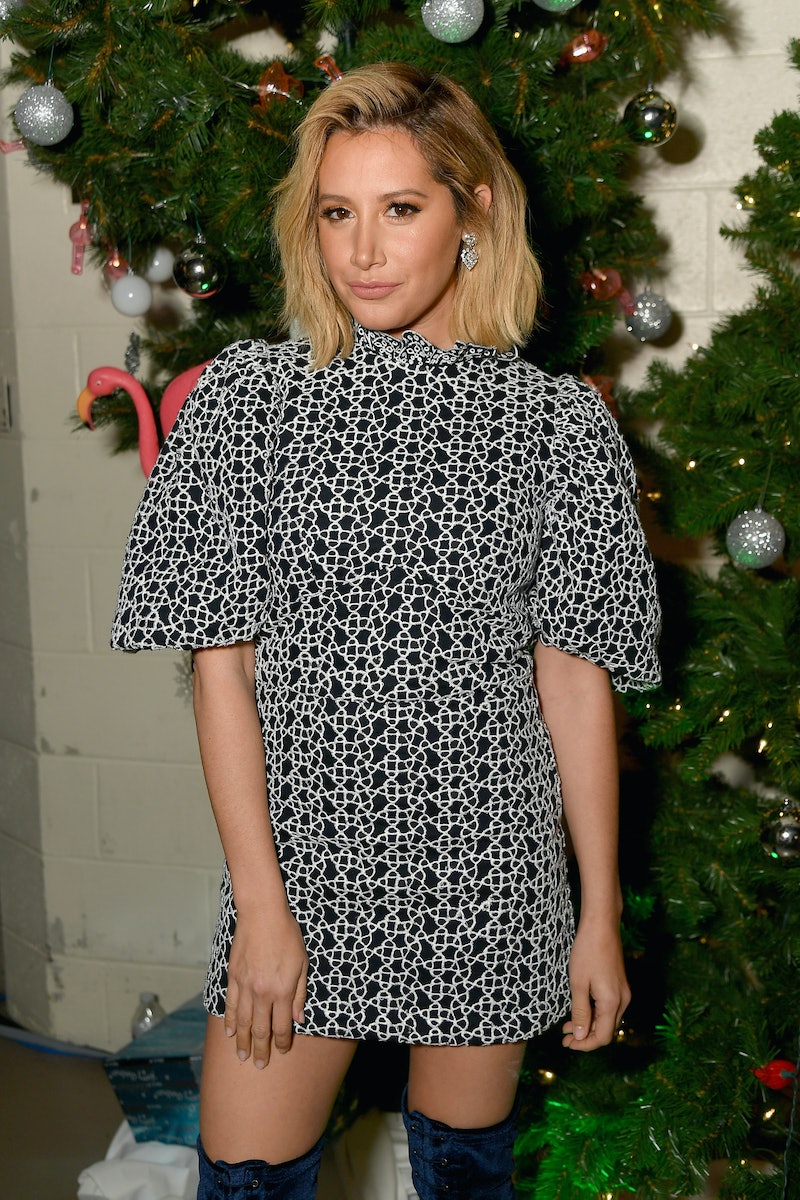 Over the past two years, Netflix has become a leading producer of Christmas movies, rivaling Hallmark Channel's former monopoly over the genre. With a new sequel to the streaming site's A Christmas Prince already in the works, the 2019 holiday season couldn't come fast enough. But you might not want to rush it because Netflix just announced a new Christmas show that they'll need these next nine months to create. According to Deadline the new show is called Merry Happy Whatever, and while it doesn't involve a royal-Christmas romance like Netflix's A Christmas Prince or The Princess Switch, it sounds like the perfect show to watch with your family during the holidays.

Merry Happy Whatever will star Dennis Quaid as the Quinn family's patriarch, Don, who Deadline reported, "must balance the demands of his complicated family with the stress of the Christmas season when his youngest daughter comes home for the holidays with a new boyfriend." That youngest daughter is named Emmy Quinn (Bridgit Mendler), whose boyfriend, Matt (Brent Morin) is "a struggling musician from LA," according to the site.

It sounds like Matt won't have the easiest time getting along with Emmy's family, and perhaps vice-verse. But these two lovebirds aren't the only ones bringing the drama. The show will also star Ashley Tisdale as Emmy's recently-separated sister whose tumultuous personal life seeps into the family's holiday merriment. The official description for Tisdale's character, Kayla, as reported by Deadline, states that she makes "everyone in the Quinn household as miserable as she is." It may sound far from the types of holiday content that Netflix is best known for creating, but family dysfunction has a way of reaching its climax around Christmas, so Merry Happy Whatever sounds like it's the perfect show to binge watch while you're hiding from your own family's drama.

The Merry Happy Whatever cast also includes Santa Clarita Diet's Adam Rose, as one of the family's son-in-laws, and Angie Tribeca's Hayes MacArthur as Sean, the Quinn family's only son. Based on Deadline's report, each of the family members seems to have conflicting personalities which will likely make the comedy highly entertaining, especially for the holidays.

For as much (likely hilarious) family conflicts as you'll get to see play out on Merry Happy Whatever, it sounds like the show's central couple will also provide you with a lovably cheesy romance that makes Netflix's other Christmas content so irresistible.

Along with the news of Netflix's upcoming Christmas series, Deadline also recently reported that the streaming site will premiere a new Christmas movie in 2019 starring Vanessa Hudgens called The Knight Before Christmas. Hudgens is also executive producing the movie, which Deadline reported will follow an English knight who travels from the medieval times to present day. Since Hudgen's first foray into Netflix's Christmas content, The Princess Switch, became such a fast fan-fave, it seems likely that The Knight Before Christmas will be a hit as well. (Still no word about a Princess Switch sequel, though.)

As wonderfully mushy-gushy as Netflix's Christmas movies are, it's thoroughly exciting news for holiday lovers that the site will have a whole new series coming out this winter. Christmas 2019 is already looking amazing.