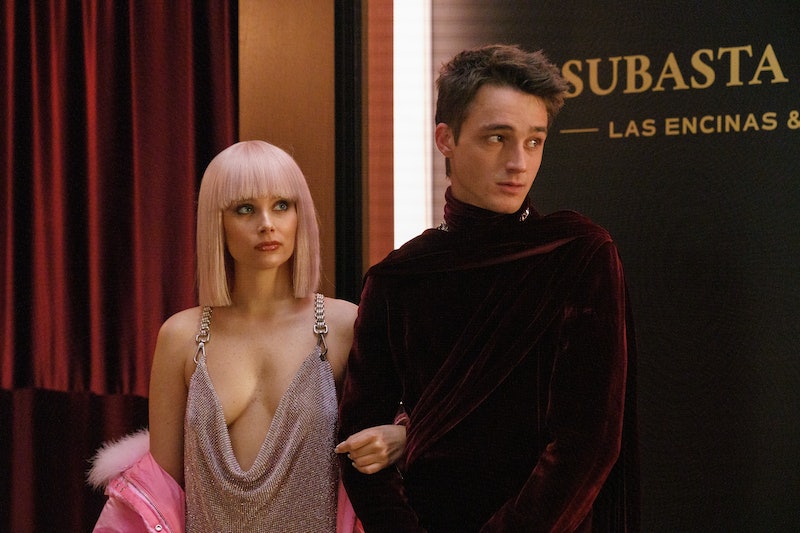 The cast of Elite has changed significantly since the show’s 2018 premiere. Christian (Miguel Herrán), Carla (Ester Expósito), Polo (Álvaro Rico), and Lucrecia (Danna Paola) have all since left or died, while Season 4 saw the departure of Ander (Arón Piper), Guzmán (Miguel Bernardeau), and Nadia (Mina El Hammani) by the end. When Season 5 picks up, only two of the original characters remain: Samuel (Itzan Escamilla) and Omar (Omar Ayuso). Naturally, that means a few new faces will be arriving in town to shake things up.

Beginning in the aftermath of Phillipe’s (Pol Granch) fateful New Year’s party and Guzmán’s decision to leave town, Season 5 will test Samuel (Itzan Escamilla) and Ari’s (Carla Díaz) romance as they try to bear the weight of keeping the secret about Armando’s (Andrés Velencoso) death. Meanwhile, Rebeka (Claudia Salas) is going through a process of self-discovery, and Omar is recovering from his separation from Ander. Season 5 will also cover the fallout from Phillipe’s confession of abuse, Patrick’s (Manu Ríos) anger issues, Benjamin’s (Diego Martín) desire for revenge, and a pact of silence between Samuel and Rebeka that doesn’t last long, bringing the worst consequences.

Co-creator Carlos Montero teased that Season 5 will be a “feast for the senses” that viewers will want to stream multiple times. That could have something to do with the “minefield” Las Encinas becomes with the introduction of two new students who don’t go unnoticed, to say the least. Here’s everything to know about all the new Season 5 characters.

Best known for her role in the Disney Channel Latin America telenovela Soy Luna, Zenere plays new Las Encinas student Isadora, an Instagram star and the heiress to a nightlife business empire. Zenere, 25, is a native of Buenos Aires and previously starred in the Netflix Spanish-language series Cable Girls. Like her character, she’s a bit of a social media star in her own right, boasting more than 8.5 million Instagram followers.

Prior to joining Élite as the son of the world’s biggest soccer star, Brazilian actor André Lamoglia, 24, appeared alongside Zenere in Disney’s Brazilian surfing comedy Juacas. That’s not all he and Zenere have in common: in 2020, Lamoglia also appeared in a Disney Channel Latin America telenovela, playing Luan in the second season of BIA.

Not much is yet known about Nourou’s character, other than that he will “complicate” Omar’s relationship with Samuel. Before playing Bilal, Nourou — a 19-year-old French star — won the Best New Actor Goya (Spain’s equivalent to an Oscar) for the 2020 film Adú, making him the first Black actor to earn the award.

Few details have been released about Garrido’s Patri, leading to wide speculation about the character. Garrido herself is a 23-year-old Spanish actor who’s relatively new to screen: she previously starred in the Spanish-language Netflix movie The Mess You Leave Behind and the TV series Acacias 38.