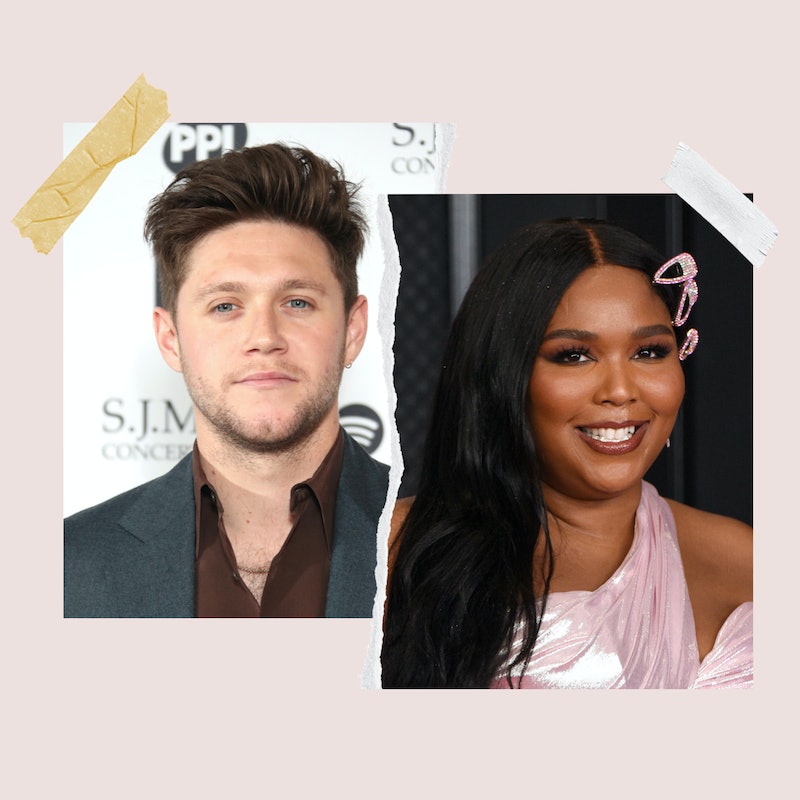 It’s Niall Horan and Lizzo’s world and we’re all just living in it. On Tuesday, Aug. 24, the former One Direction star took over Jimmy Kimmel Live, where he interviewed Lizzo about her brand new single “Rumors.” However, over the course of their “cheeky” 15-minute conversation, the two chatted about much more than just music. And now, fans are totally convinced that the pop stars are “absolute soulmates.”

“Look at you, my beautiful woman. How’s it going?” the “Slow Hands” crooner asked when Lizzo appeared onscreen for their virtual call. “Oh, you know. It’s going good,” the 33-year-old rapper responded. “This is the sexiest call I’ve ever been on.” Horan agreed, admitting that he was “getting a bit hot” in his nutmeg-colored suit. “Nothing sexier than nutmeg,” Lizzo teased.

The interview only got raunchier from there, with the “Juice” rapper telling the 27-year-old that he was giving her a “one erection” before chatting about one of the song’s boldest lyrics. “OK, so the original line was, ‘No I ain’t f*cking Niall yet,’ but the label said it was a little bit provocative so I changed it to Drake,” she joked. And yes, Drake knows all about the song. “I have heard from Drake but that’s all I’m going to say on that,” she said.

Elsewhere in the interview, Lizzo expressed gratitude for Cardi B, who collaborated with her on the song while she was pregnant. “She brought her pregnant a** to set and I’m eternally grateful,” the “Truth Hurts” artist said, admitting that if it was her, she would’ve wanted to sit at home eating hot Cheetos and Takis. “I do that and I’m not even pregnant,” Niall responded. “You want to change that?” Lizzo quipped in return.

The duo went on to chat about the first time they met, which was in London at BBC Radio 1. “I remember I pulled up and there was like all of these girls, all these fans, and I was like, ‘Oh my gosh, my fans are waiting for me outside.’ I got out of the car [and] they didn’t give a f*ck about me,” Lizzo said. Then she realized that they were all there to see the former One Direction star. “They introduced me to you and you were like, ‘Congratulations, Lizzo. You’re smashing it.’ And I was like, ‘I’ll smash you,’” she recalled.

Ever since their first encounter, Niall said that his fans have pushing for them to date. But first, the former boyband star wanted to check that they were compatible. When he asked if Lizzo would want a prenup, the musician joked that she “might want that One Direction money.” Niall, for his part, said that he’s totally fine without one. “I love you and I trust you,” he said.

After watching the interview, fans flooded social media to ship the duo harder than they ever have before. “I didn’t see it coming but Lizzo and Niall Horan are absolute soulmates,” one Twitter user wrote. “They belong together, the laughs they have, I’ve never seen Niall blush so much in my life!” Several other fans echoed that sentiment, commenting on their undeniable chemistry.

So, will Niall and Lizzo ever become more than just flirty friends? Like all Directioners and Lizzbians, that’s what we’re hoping for, but only time will tell.