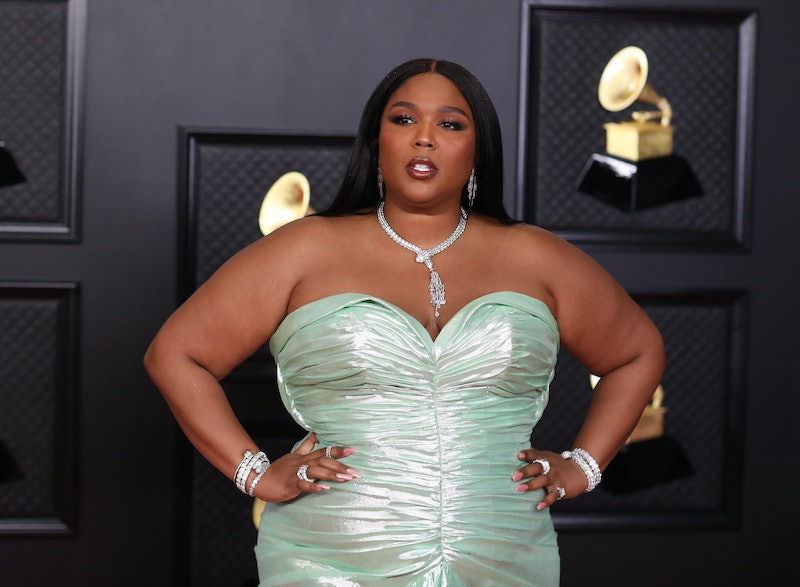 Days after releasing her new single, “Rumors,” Lizzo took to social media on Aug. 15 with a tearful message to the “fat phobic” and “racist” haters. “On the days I feel like I should be the happiest, I feel so down,” she said, adding that she works 12-hour days doing promos and interviews, writing and recording music, and shooting music videos for her fans. “It’s like it doesn’t matter how much positive energy you put in the world, you’re still going to have people who have something mean to say about you.”

Although the hateful comments don’t usually bother her, Lizzo admitted that the negativity becomes overwhelming at times. “I just think when I’m working this hard, my tolerance gets lower, my patience gets lower, and I’m more sensitive,” she said. And although she’s grateful to her fans, she has no time for trolls who direct hate at her over her appearance. “It’s fat phobic, it’s racist, and it’s hurtful,” she said. “If you don’t like my music, cool. If you don’t like ‘Rumors’ the song, cool. But a lot of people don’t like me because of the way that I look.”

After addressing the body-shaming, the “Good As Hell” singer shut down claims that she makes music for a white audience. “I make music that I like, that’s important to me, and I make music that I hope helps people,” she said. “I’m not making music for white people, I’m not making music for anybody. I’m a Black woman making music. I make Black music, period.” She also seemingly nodded to a recent TikTok that called out haters for saying that she was “acting like a mammy.” The Mammy trope typically depicts Black women as caregivers of white children.

Lizzo closed out her Instagram Live by explaining that although she’s overwhelmed by the negativity, she tries her best to be happy. “I strive for joy every single day... but on the way to joy you get sadness, you get exhaustion, you get anger, you get annoyed, you get tired and insecure,” she said. “On the road to joy there’s all of these pitstops and right now I’m just over it.” Moving forward, Lizzo said she plans to focus on the positive comments rather than sulking over hurtful messages.

Several celebrities came to the “Juice” artist’s defense after watching her Instagram Live, including her “Rumors” collaborator. “When you stand up for yourself they claim your problematic & sensitive,” Cardi B tweeted. “When you don’t they tear you apart until you crying like this. Whether you skinny, big, plastic, they going to always try to put their insecurities on you. Remember these are nerds looking at the popular table.”

The “WAP” rapper also slammed haters who called their collab a flop. “Rumors is doing great,” she wrote. “Stop trying to say the song is flopping to dismiss a woman emotions on bullying or acting like they need sympathy. The song is top 10 on all platforms. Body shaming and callin her mammy is mean & racist as fuck.” Octavia Spencer, Chloe Bailey, and Jameela Jamil were among the other stars who showed their support for the pop star on social media.

Lizzo’s tearful Live came just days after she opened up about her insecurities in an interview with Apple Music. “I feel like fat is the worst thing people can say about me at this point. This is the biggest insecurity,” the three-time Grammy winner explained. “It’s like, ‘How dare a pop star be fat?’ I had to own that.” And although the pandemic gave her some extra time to take care of herself and appreciate her body, Lizzo told Apple Music that self-love isn’t linear.

“Loving yourself is about knowing that today is going to be a little different than tomorrow and being equipped to go on that journey,” she continued. “Sometimes I wake up and I’m like, oh God, I don’t like what I see at all. But the goal is to always find something that I do like and ride that until I feel better about myself. Feelings change, you know? So that keeps me optimistic, knowing that the way that I feel right now can change for the better.”