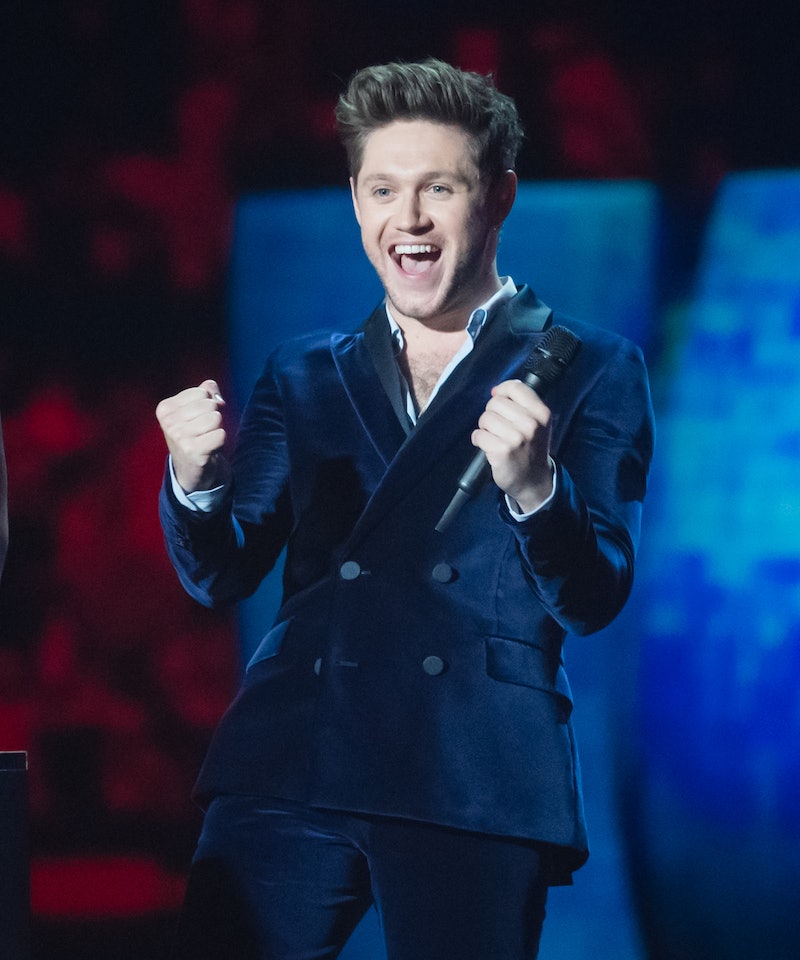 Niall Horan didn't need to learn a new hobby to keep busy during quarantine. Less than a year after releasing his Heartbreak Weather album, Horan said he's "currently writing" new music during a Saturday, Jan. 2 fan Q&A on Instagram stories. "Just figuring it all out," the singer wrote in reference to whether his new material could comprise a third solo studio album. "Don't know if it's an album I'm making... I'm just writing lots and seeing what happens."

Horan's 2021 plans would align perfectly with a new album drop. After one follower asked what his goals are for the year, the "Slow Hands" singer replied, he hopes to "write a big tune or..... 10." And he might have some help in that regard. Grammy-winning songwriter and rapper Alexander “Eskeerdo” Izquierdo — who's worked with Rihanna, Selena Gomez, Justin Bieber, and Maroon 5, among others — chimed in to ask whether they're going to collaborate on some hits this year, and Horan responded, "We're going to give it our best shot babyyyy."

As for the One Direction member's possible sources of inspiration, he told another fan he's been listening to a lot of Tame Impala, Taylor Swift, and MGMT lately. Horan's favorite song of the moment? Swift's "Cardigan," of course, the Ireland-born musician shared.

Horan previously discussed new music plans while putting on a virtual November charity concert in support of his touring crew. (His 2020 Nice to Meet Ya tour was canceled due to the ongoing COVID-19 pandemic.) After performing virtually from London's Royal Albert Hall, he explained to the U.K.'s Music Week magazine that he'd "like to release stuff" in 2021, and that he'd been "just kind of writing some bits" and getting in the studio when possible.

"I went through a stage of writing absolute, toxic, toxic stuff," Horan said of songwriting during lockdown. "I'm looking forward to kind of getting into the room with some people and recording some stuff. Hopefully I'll have something next year at some point. I would like to come back with a bang. I don't know if I'd like to just throw a song out in the middle of this. I like the idea of getting around the planet and I've learned that the hard way this year! So I would like the world to be at a point where I can get out about and do the promo."

There may still be a bit of a wait, however. After an Instagram follower asked during his Jan. 2 Q&A if there was "anything big coming soon," Horan responded, "No," along with two face with tears of joy emojis. In that case, fans might be able to take a lesson from him: The one big thing 2020 taught him, he noted, was "patience."