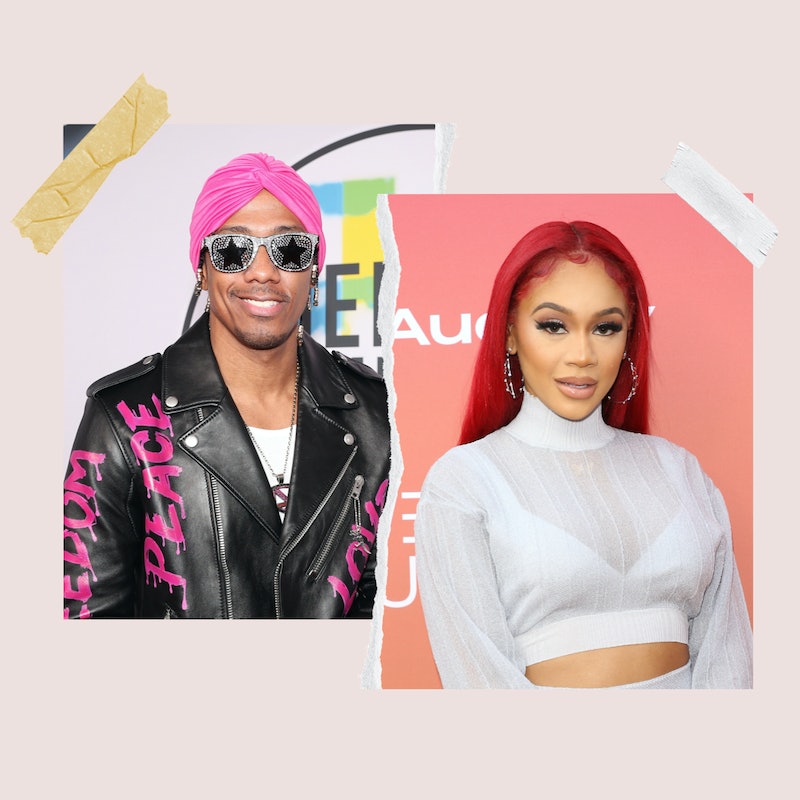 28-year-old rapper Saweetie wants to start a family, and Nick Cannon might be able to help. On Saturday, Nov. 6, the “Best Friend” artist made it clear that she has a bad case of baby fever. “I want some babies,” she wrote on Twitter and Instagram. Given her recent split from Quavo in March, it should come as no surprise that several fans inquired about impregnating the musician. However, it was Cannon’s response to her tweet that raised the most eyebrows.

Cannon hinted that he may be down to have a baby with the rapper when he quote-tweeted her with several suggestive emojis, including the thinking face emoji, the ninja emoji, the laughing emoji, and the emoji of a man raising his hand. So far, Saweetie hasn’t responded to the Wild ‘n Out host’s inquiry, but considering how many children he has, folks on Twitter were quick to react.

“Boy you got too many already,” Twitter user @BombShellSharra responded. “You can’t say candy man and not expect him to show up,” @Yo_Criti added. Several other fans echoed those sentiments and shared memes of their own. Others warned the “Tap In” artist to run as fast as she can in the opposite direction.

The 41-year-old currently has seven children, four of which came from three different women over the span of just a few months. In December 2020, Cannon welcomed a daughter, Powerful Queen, with model Brittany Bell. In June, he celebrated the arrival of twin boys, Zion and Zillion, with his then-girlfriend Abby De La Rosa. The next month, he announced that he had another son, Zen, with model Alyssa Scott.

Cannon’s family may have grown exponentially over the last year, but he’s been a father since 2011 when he welcomed twins, Monroe and Moroccan, with Mariah Carey. Cannon was married to the “Always Be My Baby Singer” from 2008 until 2016, when they got a divorce after eight years of marriage. One year after their split, the former America’s Got Talent host had his first child with Bell, a son named Golden.

Although Cannon seems willing to make an exception, he recently revealed that he’s celibate during an October interview with Revolt’s Drink Champs. “I’m chillin’, I’m kind of stepping away, getting focused, going within, getting my celibacy on,” he said, adding that he’s hoping to remain celibate until 2022. “I have enough children, enough frolicking. I’m good right now.”