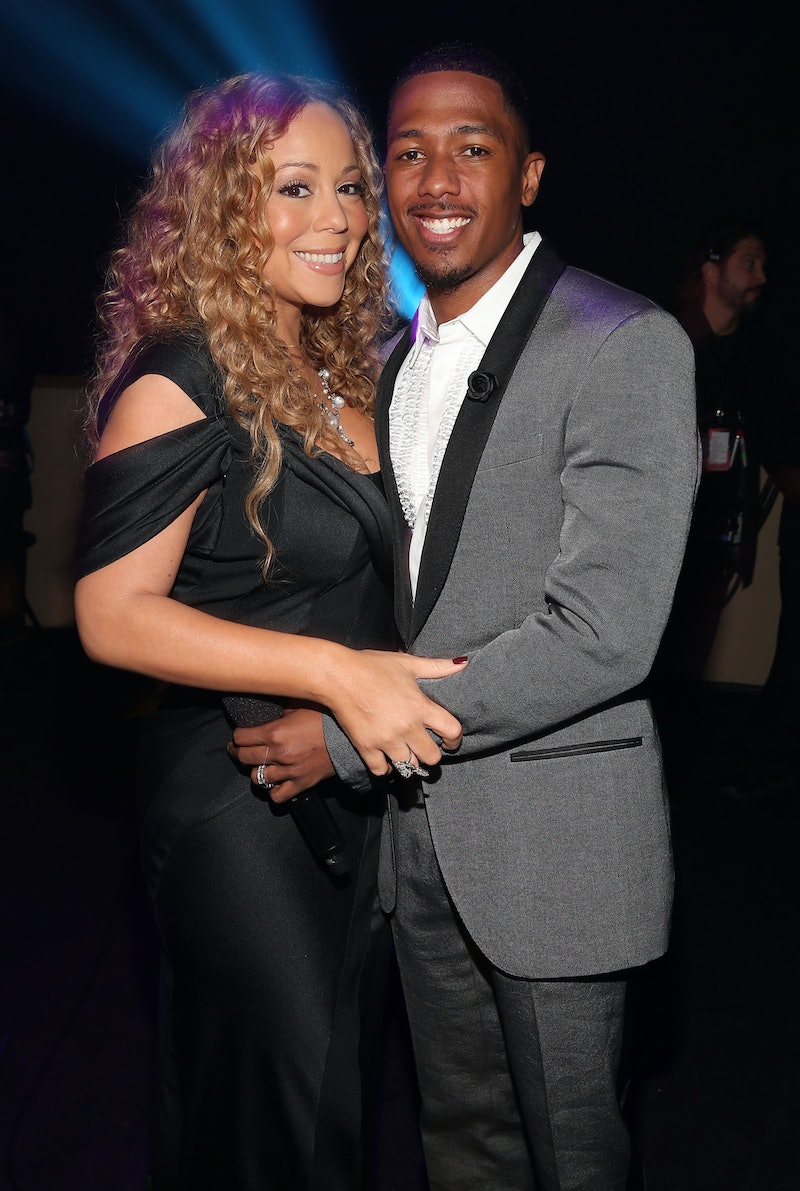 A little bit of rebellion never hurt anyone, so I'm boldly venturing where the masses won't go with the following proclamation—I actually like Nick Cannon and Mariah Carey as a couple, although there were a few reasons it wasn't exactly love at first sight when I first laid eyes upon their relationship. First off, Carey is arguably one of the biggest divas in music whose personality oftentimes appears to be more on the dramatic side. Then there's Cannon, who's made a name for himself as a comedian/rapper. I'm accustomed to seeing him goof off on MTV's Wild 'N Out and as the host for America's Got Talent, where he wears tailored suits with extremely busy prints that mesh well with his upbeat personality.

Needless to say, Cannon and Carey together are definitely one of those celebrity romances that's an acquired taste. Initially, I agreed with everyone else who thinks Cannon and Carey make the weirdest couple ever, but over time they grew on me. So naturally, news that they may be divorcing makes me genuinely sad, not to mention the rumor that Kim Kardashian caused the breakup. Therefore, I prefer to focus on their better days by taking a walk down the Cannon and Carey relationship memory lane. How exactly did they meet?

It was 2005 (it's been that long already?!?!) when Carey and Cannon first met, back when she was still sporting crop tops, butterfly belly chains and embellished hip-hugging jeans. Cannon presented her with the Choice Music R&B Artist award at the Teen Choice Awards.

Reportedly, he already had a thing for her, but it would be a few years before they took their relationship beyond "just friends" status.

Then in 2008, Carey let us in on the passion behind her 2005 track "We Belong Together," when the couple publicly announced their relationship. Around the same time, Carey released her music video for "Bye Bye" featuring Cannon as the leading man. Heads rolled and eyebrows raced together in confusion because it felt like Cannon and Carey made the most unlikely couple ever. More than a few people took issue with Carey dating the much younger Cannon, especially because of her first marriage to Tommy Mottola, who was 20 years her senior.

To the public's disbelief, in April of that same year, Cannon and Carey announced they were married! Carey said they were "soulmates," and revealed that they both had tattoos bearing the other's name.

Two years later, Carey revealed that she was pregnant. In April 2011, Carey gave birth to twins Monroe and Moroccan, whom she affectionately nicknamed "Dem Babies."

Ahhh, seems like such a sweet love story! Sadly, Cannon just confirmed that the couple are indeed living apart, but the story of how their loved blossomed is still reason enough for me to hold out hope for their relationship to have a fairytale ending.

More like this
Meghan Trainor & Daryl Sabara Are Expecting Their Second Baby
By Jake Viswanath
Adam Levine & Behati Prinsloo Welcome Their Third Child Together
By Jake Viswanath
Hilary Duff's Husband Matthew Koma Has Her Name Tattooed On His Butt
By Jake Viswanath and Stephanie Downs
Jameela Jamil Defends Sam Smith After Trolls Body-Shamed Them
By Jake Viswanath
Get Even More From Bustle — Sign Up For The Newsletter
From hair trends to relationship advice, our daily newsletter has everything you need to sound like a person who’s on TikTok, even if you aren’t.