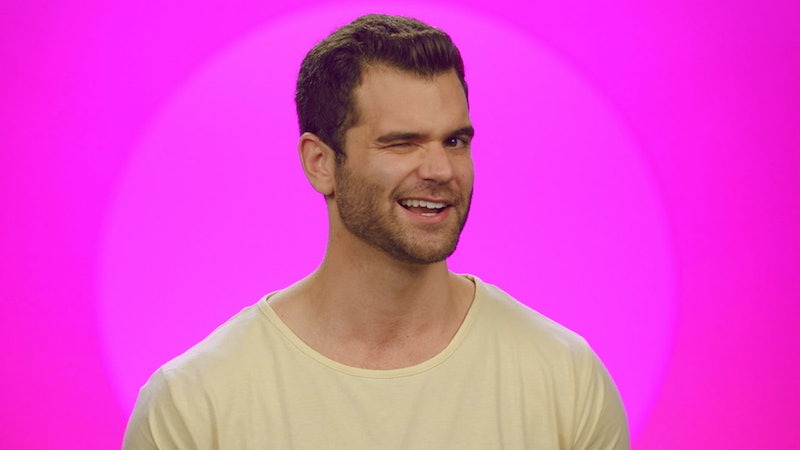 The Circle is back with more catfishing, more alliances, and yes, more hashtags. Season 3 of the Netflix competition show, which premiered on Sept. 8, features an all-new cast of players willing to flatter and flirt their way to the $100,000 prize. One such contestant is Nick Uhlenhuth, a 27-year-old who works in the tech industry. He jokingly calls himself “an evil mastermind” in his introduction and becomes a key player as the game presses on. Here’s everything to know about Nick before diving into Season 3.

According to Nick’s LinkedIn profile, he graduated from MIT with a computer science degree in 2016. When he filmed The Circle, he was working at Microsoft as a project manager in Redmond, Washington. He first developed analytics to identify cyber threats, and then led an eight-person engineering team to build productivity tools for C++ customers. He’s now a senior product manager at a tech company based in Austin, Texas.

“All the ladies are like, ‘Oh my god, Nick, talk nerdy to me,’” Nick says during his Circle introduction. “And I’m like, ‘I got you!’”

Nick’s profile on the show is mostly a genuine representation of himself, but with one major tweak. He wants people to underestimate him, so he decides to “de-emphasize everything that relates to brains, or being smart, or computers.”

Nick Has A Twin

On the show, Nick reveals that he has a twin — but don’t worry, he’s not secretly competing with Nick. According to LinkedIn, Nick’s twin Zack graduated with him from MIT and currently works in the tech field in San Francisco.

Their computer smarts definitely run in the family. Nick’s sister Kasey is also in the tech field; like Nick, she worked at Microsoft and is now a staff product manager in San Francisco, per her LinkedIn.

Nick doesn’t post frequently on Instagram, but there are a handful photos of his adorable Frenchie, Bruce, along with his fluffy bernedoodle puppy. He also occasionally shares fun vocal covers and shows off his snowboarding and surfing adventures.

As evidenced by his YouTube channel, Nick loves to play the drums. He recently did a short cover of Olivia Rodrigo’s “good 4 u” along with Phil Collins’ “In The Air Tonight.”

This becomes a major part of Nick’s gameplay strategy. Rather than admit he’s in tech, he decides to pretend he’s a “completely harmless, innocent drummer who’s just looking for a good time and good laughs.”

Nick Is Open To Romance

Unlike other reality TV shows, romance on The Circle comes with a major caveat: is the person you’re flirting with even the person in the profile photo? It’s a gamble for sure, but one Nick is open to taking. “One thing that I definitely find super attractive in chicks is eyebrows,” he says on the show. “I’d say there’s a 95% chance I win, with the 5% off chance that there’s some absolute dime that throws me off my game and I throw away the money because I’m an idiot.”