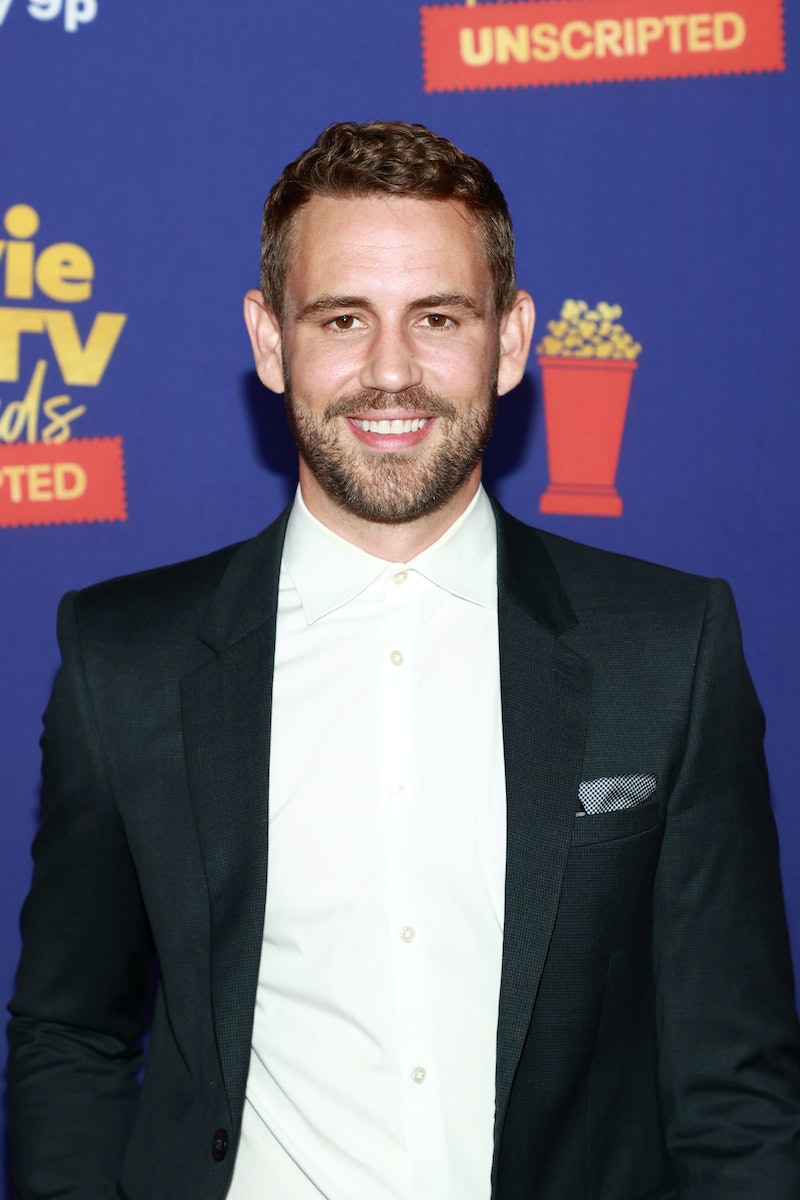 As a two-time Bachelorette contestant who’s done a stint on Bachelor in Paradise and one term as the Bachelor himself, franchise favorite Nick Viall knows a thing or two about relationships. The reality TV alum spends much of his time dishing out dating advice to his more than one million Instagram followers and talking about love on his podcast, The Viall Files. But on Monday, June 21, Viall took his dating expertise back to The Bachelorette and co-moderated one of the most emotional discussions in the show’s history.

The very honest conversation required the men on the group date to reveal some of the most intimate details about their lives and past relationships. Hunter brought himself to tears talking about his failed marriage and his relationship with his children; Connor B. admitted to being verbally abusive to an ex while under the influence of alcohol. After the men came forward with their stories, Bachelorette Katie Thurston revealed that she was a victim of sexual assault roughly 10 years ago.

Katie’s decision to share such a painful experience “came as a surprise,” Viall tells Bustle. “There was no expectation going into the date that Katie would share anything.” And although she decided to open up, Viall says there’s no “right time” to divulge intimate details about yourself while dating. “I think the only right time is up to that person and I think it comes down to feeling comfortable and safe,” he says. “Most relationships don’t work out, so whatever truth you want to share with anyone, you just have to be comfortable knowing that if that relationship ends, you’re OK with them knowing that truth about you.”

It’s for this reason that the reality star thinks people should be “far more careful” when it comes to sharing things they typically keep private. “A lot of times when people call into the podcast, whether it’s something like, ‘I’m a virgin’ — and there’s nothing wrong with being a virgin — but if that’s something you don’t tell everyone, then don’t feel any pressure to say it on a first date or a second or third or fourth,” he says. “I think it’s just really important for people to share things when they feel ready... and when they have a level of trust with the person. I don’t think anyone should feel pressure.”

To relieve some of that pressure, Viall recommends focusing more on asking your date questions instead of stressing about sharing personal information so early on. “If there’s a big heavy thing you want to share, I think you want to kind of sprinkle it in,” he says. “See how they respond to adversity. Sometimes people will want to share these vulnerable stories and they share it with people who don’t show grace or empathy and they get judgmental or nervous energy... so I think you kind of want to see [if] people can handle [it].”

For the most part, the men vying for Katie’s heart passed the test with flying colors. “The guys just listened,” Viall says of this week’s emotional group date. “All of their eyes were very much focused on Katie. I think they wanted to allow her the space and be supportive.”

More like this
Hannah Ann Got Engaged 3 Years After 'The Bachelor' & The Proposal Was Dreamy
By Grace Wehniainen
Zach Reveals The Chaotic 30 Minutes That Were Cut From ‘The Bachelor’ Premiere
By Grace Wehniainen
'Bachelorette' Vet Clare Crawley Unveiled 2 Special Wedding Day Accessories
By Stephanie Topacio Long
Laura Anderson Pulled The Ultimate Girl Power After Her Break-Up
By El Hunt and Megan C. Hills
Get Even More From Bustle — Sign Up For The Newsletter
From hair trends to relationship advice, our daily newsletter has everything you need to sound like a person who’s on TikTok, even if you aren’t.