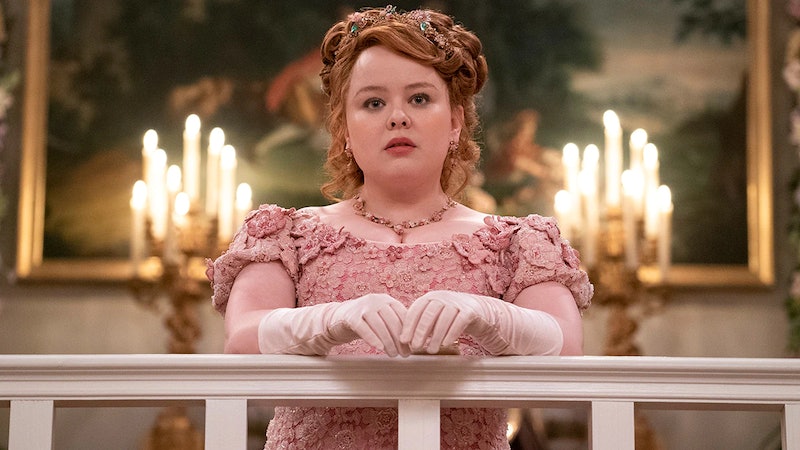 Nicola Coughlan is truly the gift that keeps on giving. Earlier this week, she released a bevy of behind-the-scenes Bridgerton pictures. Fans were delighted for the sneak peek into the Netflix drama set, and now the actor has delivered yet again. Making her on-screen namesake Lady Whistledown proud, Coughlan posted another series of never-before-seen snaps from her filming experiencing.

Bridgerton fans are hoping for Penelope and Colin Bridgerton (Luke Newton) to start dating, as Penelope harbours romantic feelings for her long-time friend. The duo has been nicknamed “Polin” (Penelope and Colin). As such, fans will likely be pleased to know that Newton features in Coughlan’s latest BTS picture drop. in her last drop, we were pleased to see Luke Newton in this week’s BTS shots.

Luckily, both Nicola and Newton seem to be in on the action, with Luke taking to Twitter to share his own selfie to celebrate the on-screen partnership.

When quizzed on “Polin” by Digital Spy, Newton said: "I'm really excited to see what happens in the future. Obviously, we've gotten to this boiling point now where we have no idea how Penelope is going to react to what happens at the end of the season.” Newton was, of course, speaking of Colin’s cruel dismissal of Penelope when talking to his male pals.

More like this
Mollie Gallagher Has A Deeply Personal Reason For Taking Up Skating
By Maxine Harrison
'The Last Of Us' Has Officially Been Renewed For Season 2
By Darshita Goyal
Turns Out George Clooney Is A Huge Fan Of This Classic British Game Show
By El Hunt
Is Winter 'Love Island' Flying Too Close To The Sun?
By Jason Okundaye
Get The Very Best Of Bustle/UK
Sign up for Bustle UK's twice-weekly newsletter, featuring the latest must-watch TV, moving personal stories, and expert advice on the hottest viral buys.