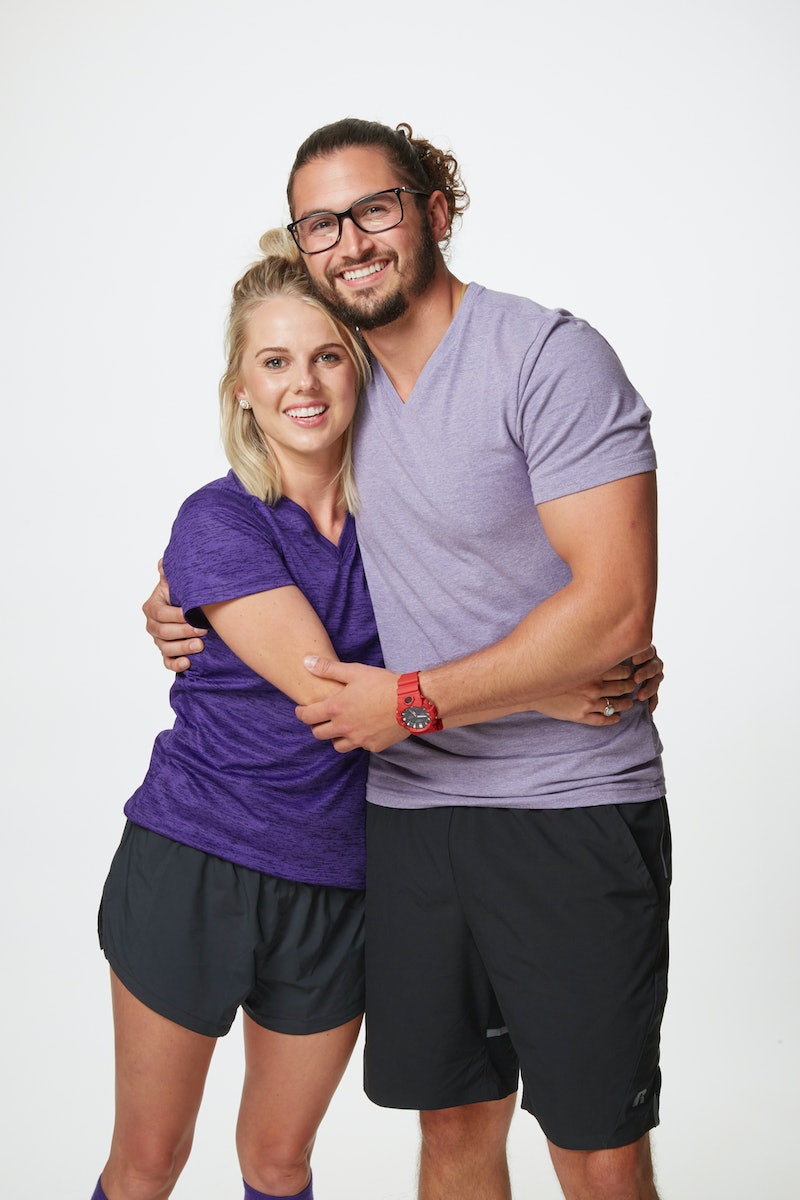 It's been almost two years since Victor Arroyo proposed to Nicole Franzel on Big Brother Season 20. The duo first met as competitors on Season 18 and began dating shortly afterward. Now they're getting married, but their wedding date may have to change for a couple of reasons.

In February, Nicole announced on Instagram that she and Victor would officially be tying the knot on Oct. 3, 2020. But a couple of months later, she acknowledged on her and Victor's podcast Coco Caliente that the wedding she'd been planning may have to shift due to the coronavirus pandemic. "The date may have to change, the location, or the amount of people," she said. Victor then joked, "The bride and groom will not change." A couple of days later, Nicole added on Instagram that she and Victor were thinking of simply scaling things back. "Suddenly having a small intimate wedding seems just as good to me," she wrote.

At the time, Nicole said they weren't planning to postpone, but if she does well on Big Brother All-Stars, they'll have to. Oct. 3 is right in the middle of the competition season, and if Nicole does well in the house, she won't be home in time for her wedding. She said during the premiere that Victor's in charge of planning while she’s gone. "So I'm a little worried," she joked.

Planning was one of the toughest parts of the wedding process for Nicole and Victor. Last year, they said on their podcast that they were having a hard time figuring out a good location, who Nicole wanted to have in her bridal party, and how much the whole thing would cost. They must have figured most of that out given that they set a date, but now they may have to rethink the whole thing again.

If they do decide to do something small after Nicole gets out of the Big Brother house, fans can look forward to them having kids soon after. While she was unsure about many aspects of her wedding ceremony, Nicole has remained steadfast on the kids front. "The one thing making us especially excited to tie the knot is the idea of having a few munchkins running around in a few years," she wrote in an Instagram post shortly after they got engaged.

But all of that will have to wait while Nicole tries her hand at Big Brother again.

This article was originally published on April 17, 2019