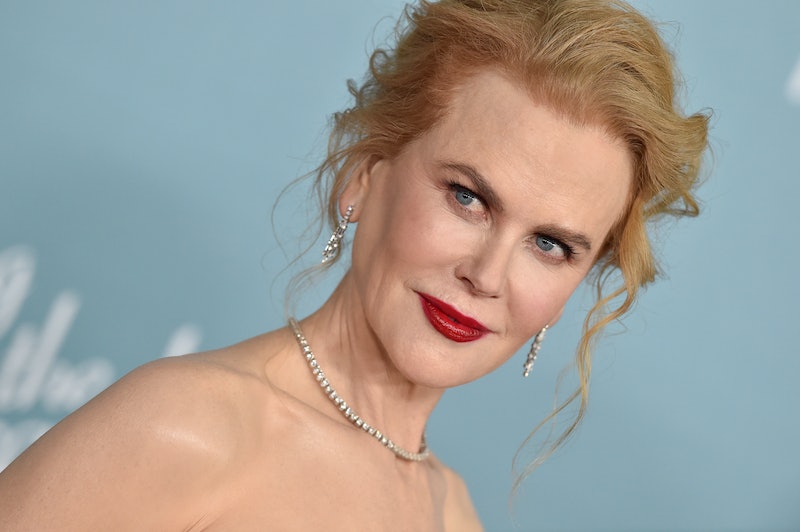 Nicole Kidman looks just like Lucille Ball in her latest film, Being the Ricardos, but her connection to the renowned film and TV icon is more than skin deep. In a recent interview with Dujour, the 54-year-old Academy Award-winning actor spoke candidly about ageism in the film industry and being turned away from certain roles because casting directors thought she was too old. Unfortunately, other Hollywood actors have found themselves in the same boat, including the late I Love Lucy star.

“There’s a consensus in the industry that as a female actor, at about 40, you’re done,” Kidman told the magazine. And although no one’s ever explicitly told her that her age was an issue when she lost certain film or TV roles to other actors, they didn’t have to. “I never sat in a chair and heard someone say, ‘You’re past your due date,’ but I’ve had times where you’re turned down and the door is shut on you,” she confessed.

Although the Big Little Lies star told the outlet that things are “definitely changing and moving” in Hollywood, she still thinks “you’ve got to have a thick skin.” And much like Ball in Being the Ricardos, Kidman told Today earlier this month that she has struggled with feeling like she has an expiration date. “There’s a scene in it where they say, ‘You’re 39, and that’s it. It’s kind of over for you,’” she recalled. “I know that feeling. I sort of had that.”

Kidman was able to relate to The Lucy Show star because of how many opportunities were available to her in Hollywood until there weren’t anymore. “Where television suddenly opened a door for her, it opened a door for me,” the Undoing actor said on the morning show. “Around the same age, I was like, ‘Gosh, that’s kind of ... I know that feeling really deeply.’”

This wasn’t the first time that Kidman spoke candidly about ageism in Hollywood. At the 2018 Screen Actors Guild Awards, while accepting a trophy for her performance in Big Little Lies, she gave a shoutout to her co-stars Reese Witherspoon and Laura Dern, as well as several other women actors who continue to thrive in an industry that has historically been unkind to women over 40.

“How wonderful it is that our careers today can go beyond 40 years old,” Kidman said in her acceptance speech, pointing to Hollywood’s preference for younger stars. “These actresses, and so many more, are proving that we are potent and powerful and viable,” she continued. “I just beg that the industry stays behind us because our stories are finally being told.”

More like this
Brad Pitt Wants To Share The Spotlight With This Celeb In Shania Twain’s “That Don't Impress Me Much”
By Alyssa Lapid
Andy Cohen Apologized To Larsa Pippen After A 'RHOM' Season 5 Reunion Dust-Up
By Brad Witter
Katy Perry Honored Fiancé Orlando Bloom's Ex Miranda Kerr With A Sweet Speech
By Stephanie Topacio Long
Meghan Trainor & Daryl Sabara Are Expecting Their Second Baby
By Jake Viswanath
Get Even More From Bustle — Sign Up For The Newsletter
From hair trends to relationship advice, our daily newsletter has everything you need to sound like a person who’s on TikTok, even if you aren’t.