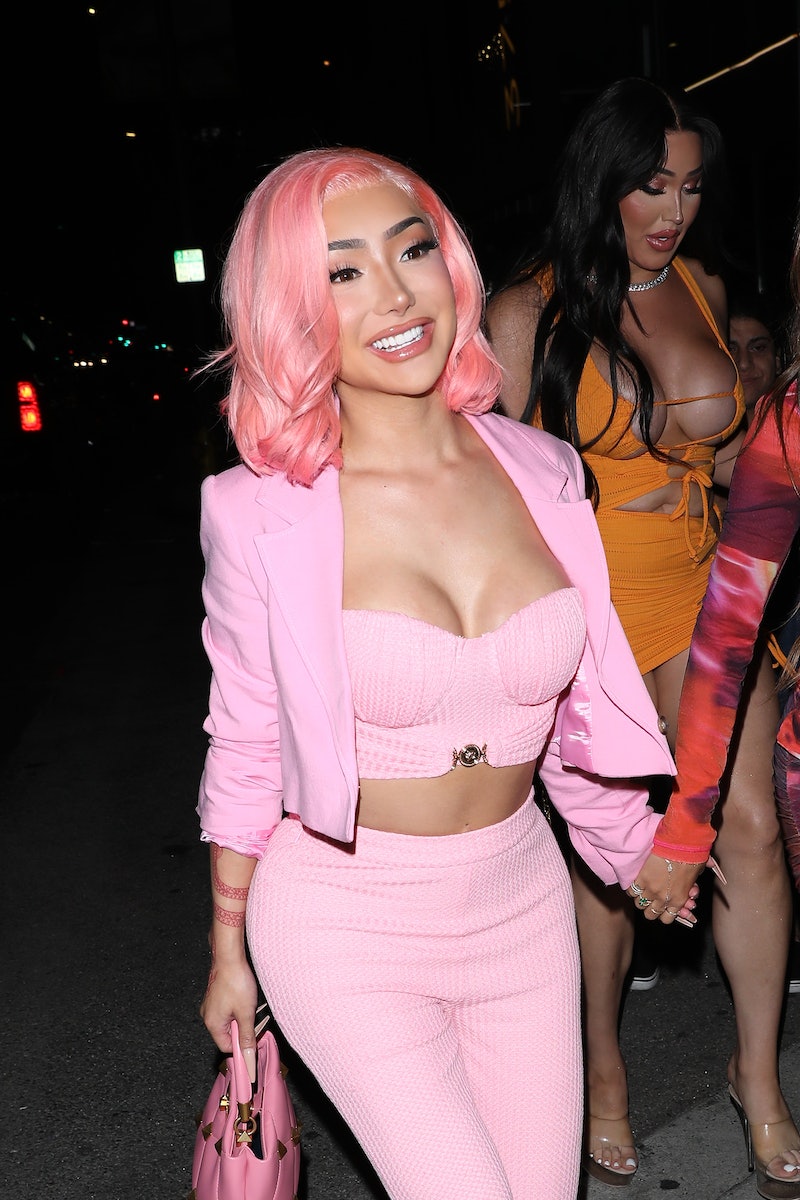 Netflix’s reality series Hype House follows the collective of social media stars of the same name, most of whom live and create content together in a lavish Los Angeles mansion. If you’re not tapped into TikTok drama, it’s likely you’re not familiar with many of the influencers featured on the show — but if you’ve heard of any of them, it’s probably Nikita Dragun, an unofficial member of the group.

Dragun is a 25-year-old trans YouTuber who first gained attention in 2015 for her makeup tutorials and has since become a multi-platform influencer with numerous brand deals and collaborations with popular makeup companies. In 2019, she launched her own beauty line called Dragun Beauty, which she said at the time was the first trans-owned makeup brand designed with trans people in mind. She also starred in a 2020 Snapchat original docuseries entitled Nikita Unfiltered, which followed her journey navigating fame, building her career, and searching for love. But she’s also a polarizing figure, having been involved in several controversies since garnering fame. Here’s what to know.

Though Dragun started her career on YouTube, where she has 3.6 million subscribers, her largest followings are now on TikTok and Instagram. Her Instagram page @nikitadragun has accumulated 9 million followers while her TikTok account has 14.2 million.

Dragun’s Instagram page largely features photos and videos of herself, often dressed head-to-toe in an extravagant fit. Her TikTok page looks pretty similar but also includes content with other influencers — usually fellow Hype House members or other beauty influencers — as well as the occasional branded or promotional post.

Dragun was born in Belgium and grew up in Virginia. Her mom is Mexican and her father is Vietnamese, and she has three siblings. She appears to be close with her parents, who frequently appear on her Instagram feed.

In terms of her dating life, Dragun was most recently linked to TikToker Chase Stobbe after they appeared in each other’s Instagram stories during Dragun’s trip to Miami in July 2021. Stobbe has a smaller following than Dragun, and his TikTok page is largely comprised of fitness content and thirst traps. However, it’s not clear what the extent of their relationship was, and it appears that they’ve parted ways, as Dragun posted a TikTok in November 2021 captioned “i’m single wbu.”

If you’ve heard Dragun’s name before, it was likely in connection with one of the many scandals she’s been involved in since entering the spotlight, many of which center around her repeated displays of anti-Blackness and appropriation of Black culture.

Specifically, Dragun has been called out numerous times for “blackfishing” — a modern form of Blackface in which a non-Black person darkens their skin and attempts to adopt the styles and aesthetics of Black people, typically Black women, in order to profit off of them. Dragun has been chastised in the past for wearing box braids and darkening her skin, most recently after an October 2020 tweet in which she asked her followers “what race” she should be that day. Another incident occurred during the 2019 MTV Music Video Awards when Dragun entered with three men on leashes — one of whom was a Black man.

Dragun also stirred up drama in September 2021 after dropping a song called “D.I.C.K.” in which she raps about famous men who have DM’ed her and women she sees as fashion copycats. The track itself may only have ruffled a few feathers if it wasn’t also accompanied by a video of celebrities and notable figures — including LGBTQ+ activist Marsha P. Johnson — with the word “dick” plastered over their faces and bodies.

More recently, Dragun faced controversy over her lackadaisical approach to safety during the coronavirus pandemic. Dragun herself has been spotted maskless in public places multiple times, and along with the other Hype House members, has received backlash recently for throwing large (often maskless) parties at the collective’s mansion.