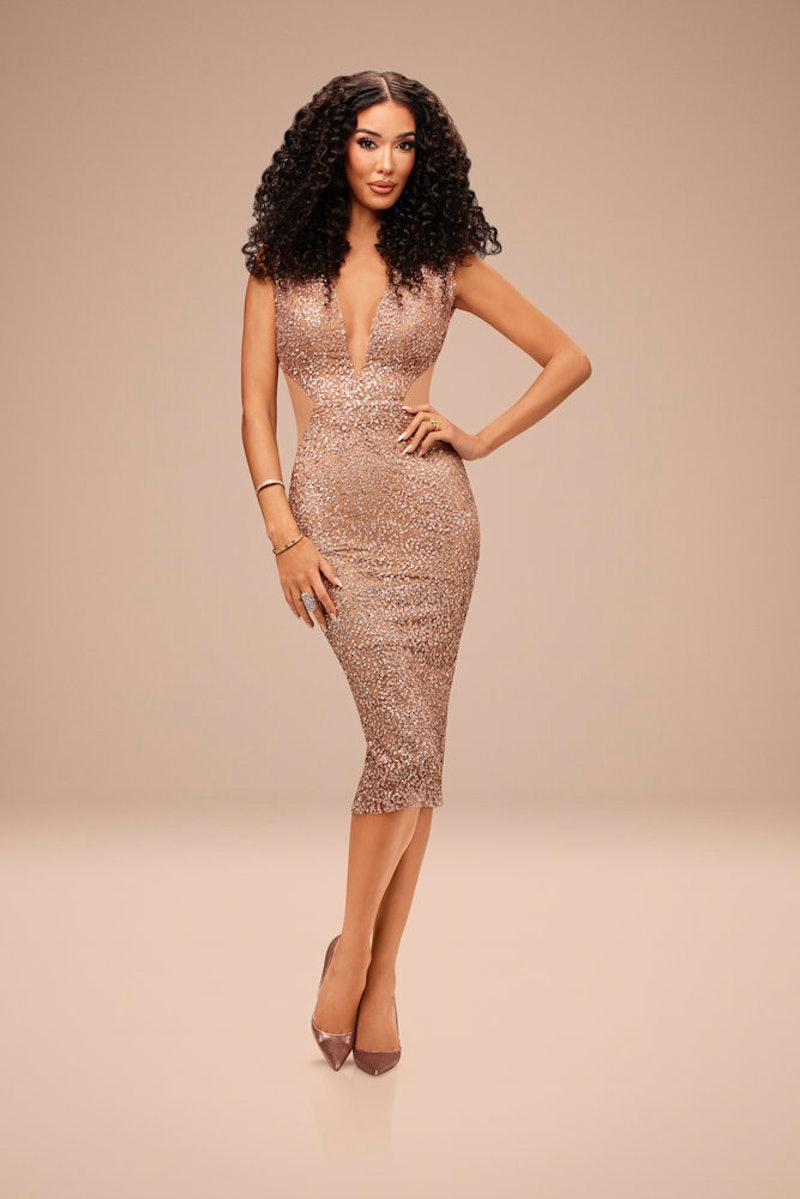 When Braunwyn Windham-Burke introduced Noella Bergener on The Real Housewives of Orange County Season 15, she described her friend as “the life of the party” who “doesn’t hold anything back” and is “unapologetically herself.” The women appeared to be inseparable for several months afterward, posting social media photos of them vacationing together in Puerto Rico, attending social justice rallies, and even referring to each other as soulmates in their respective captions. But after Bravo announced they’d cast Noella on RHOC Season 16 — and fired Braunwyn — the friendship soured.

“It was a bad breakup but I wish her and her family well,” Noella replied to a fan’s Instagram comment in August about the status of their friendship. The RHOC newcomer also replied to fan comments a month earlier, intimating that jealousy over her casting and “lost trust” had caused the falling out. “It was a great friendship till it wasn’t,” Noella wrote, signaling that she would address the issue further on RHOC. “I’ve wanted to call her so many times since our bad breakup but without trust you have nothing.”

According to her Bravo bio, Season 16 will see Noella’s world “turned upside down” after her husband unexpectedly files for divorce, threatening her financial future. She’ll find comfort in her friendship with Shannon Storms Beador, but clash with some of the other women. In the Season 16 trailer, she refers to fellow RHOC newcomer Dr. Jen Armstrong as her “polar opposite,” after which Jen agrees that all they have in common is that they breathe oxygen. Elsewhere, returning cast member Heather Dubrow accuses Noella of giving her 18-year-old daughter Max “pornography” as a gift.

Here’s everything to know about Noella ahead of the RHOC premiere.

In June 2020, Noella announced on Instagram that after four proposals and six years together, she and personal injury attorney James Bergener Sr. had decided that it was time to make their marriage official with a piece of paper. (It’s unclear what she meant by that, as she had shared wedding photos in December 2018, listing New Year’s Eve as their anniversary.) Months later, the couple revealed they were trying to have a baby via IVF and surrogacy.

By August 2021, however, TMZ reported that James had filed for divorce in Puerto Rico, and Us Weekly obtained court documents showing that Noella had filed for legal separation in Orange County. The RHOC star cited “irreconcilable differences” as the reason for their split, and requested primary and physical custody of their 2-year-old son, James. Noella, who also has a daughter named Coco, asked for monthly spousal support and that her estranged husband only be granted visitation rights.

The divorce came on the heels of James receiving a federal tax lien totaling over $4 million, and a separate lien from California for $1.85 million, per Radar Online. “I was just as shocked and disgusted to find out a week before filming ... and not from my husband. My marriage has been a fight every day since,” Noella wrote on Instagram at the time. “I am being very open about my journey and looking at every option to settle my husbands debts.”

Noella revealed in an Oct. 6 Instagram post that her father, Christopher Nance, had passed away. Explaining that the former NBC weatherman was the “oldest living man in the US with sickle cell anemia,” she memorialized her dad as a “champion of countless charities benefiting children” with life-threatening illnesses. “Though we weren’t close for many years, reconnecting last year and your incredible insight and encouragement is something I will cherish for life,” she added. “Hearing stories from your friends about how proud you were to be a grandfather gives me such comfort. I wish you got to meet them.”

In her Instagram bio, Noella notes that she’s proud to be RHOC’s first Black Housewife and loves “honest people, strong women and repping POC.” Now on the “single mom grind,” she recently opened up about “dreading” her first Thanksgiving without her estranged husband. “I am still in mourning for the break up of my family,” she captioned a family photo with her kids, in part. “This is the first holiday since he left. I’ve tried my whole life to show my best. My journey with RHOC is teaching me that maybe my ‘best’ isn’t projecting perfection but rather embracing the imperfect.”

Noella certainly hasn’t removed any reminders of her marriage though, as James is in a majority of her older photos — loving captions and all. There’s also plenty of evidence of the lavish lifestyle that her impending divorce is reportedly threatening. The couple frequently traveled on private jets to destinations including Puerto Rico, Monaco, St. Tropez, Paris, Portofino, Maldives, Dubai, and Bora Bora. He once even surprised her with a Kim Kardashian meet and greet.

Still, Noella is trying to move forward. She recently took her first trip in six years just for herself to Brazil. “Today my soon to be ex told me I’ve changed,” she captioned a Nov. 4 post. “I hope so.”

Noella landed her first magazine cover in 2000 for an issue of Flirt Magazine. She later walked the runway for Chanel and appeared on the cover of a 2004 Turkish edition of Esquire. In a May 2020 Instagram post, she noted that she worked in the industry for a decade.