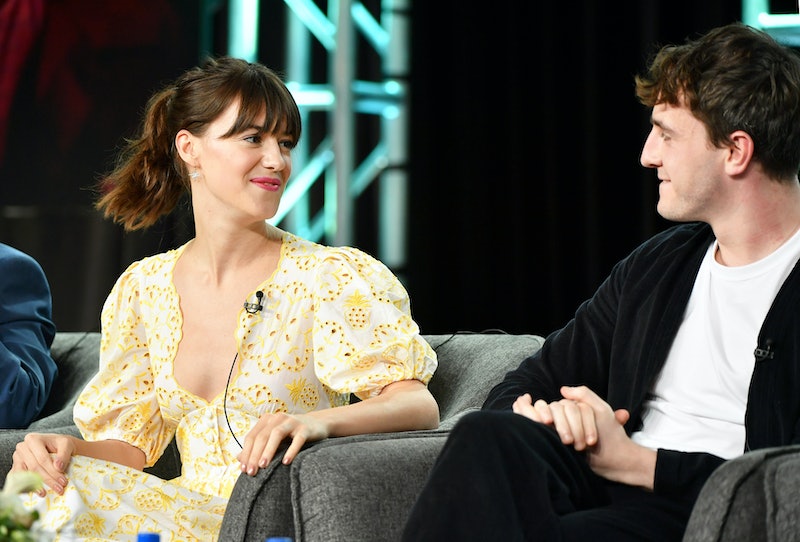 The BBC adaptation of Sally Rooney’s Normal People shot Daisy Edgar-Jones and Paul Mescal to monumental levels of fame. Both actors picked up a whole host of nominations during the awards season following the show’s 2020 run and I don’t think I’ll ever see them as anyone but Marianne and Connell again. Even though it’s been over a year since the show first aired, Edgar-Jones and Mescal still keep in touch, as a recent New York reunion pic proves.

On Instagram, Edgar-Jones shared several snaps from a recent trip to the Big Apple including one of herself with Mescal. Alongside a photo of the skyline, a friend on a merry-go-round, and a ginger kitten, she posted a smiley selfie of herself and Mescal in a park. She caption the series of pics: “Kewl cats and kittens in NYC.”

One fan wrote, “New York with Paul, please tell me this is season two?” Another said, “You two in New York well played” and another complained, “Connell and Marianne, you are killing us all with that picture you know.”

As well as proving a hit with viewers and critics alike, Normal People clearly created a lasting bond between Edgar-Jones and Mescal. In June, Mescal won the BAFTA for best leading actor and took the opportunity to dedicate the award to his onscreen partner. “I want to thank everyone at Hulu and the BBC," he said, "I want to thank the cast. I want to dedicate this to Daisy, who is the best scene partner and one of the best people I know."

Edgar-Jones has been equally candid about their friendship. After the BAFTAs she posted a picture of herself and Mescal, and quoted Normal People to sum up her experience on the show, writing: “He brought her goodness like a gift, and now it belongs to her. Meanwhile, his life opens out before him in all directions at once. They’ve done a lot of good for each other. Really, she thinks, really. People can really change one another. You should go, she says. I’ll always be here. You know that.”