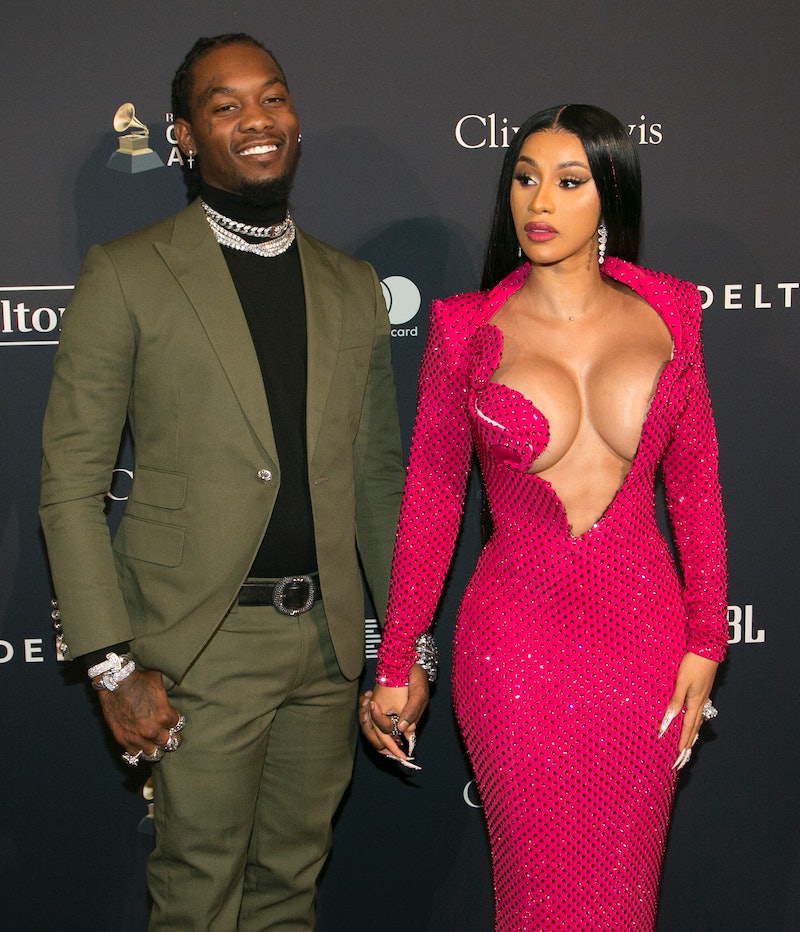 The sexist double standard for female rappers has again reared its ugly head, and this time, Cardi B’s husband stepped in. Offset defended female artists after Snoop Dogg’s sexist comments about “WAP,” and he pretty much nailed his response. Even though the rapper considers Snoop “[his] boy,” he made it clear that “we should uplift our women.”

“Let’s have some imagination,” he told interviewer Julissa Bermudez. “Let’s have some, you know, some privacy, some intimacy where he wants to find out as opposed to you telling him. … That’s your jewel of the Nile; that’s what you should hold onto.”

After a clip from the interview debuted online, TMZ asked Offset for his take, and he was quick to defend not just his wife, but all female artists. “I love Snoop, man, but she grown,” he said of Cardi, then added that the success of women in rap right now is something to be celebrated. “We never had this … many female artists running this sh*t. They catching up to us.”

Offset pointed out the double standard as well, saying, “Rappers, we talk about the same sh*t.” He then shared some good advice for Snoop Dogg (and men generally): “I say all men should stay out of women’s business,” he said. “We should uplift our women.”

For his part, Snoop Dogg pointed out that his take is influenced by the fact that he’s “an older man” now. As a 49-year-old, he acknowledged that he’s of a different generation and noted that if “WAP” had come out when he was in his early 20s, he “probably would have been on the remix.” (Just saying, it’s not too late for him to come around…) He also posted on Instagram to “stop wit[h] the bulls*t press” because he's in “full support of the female. M. C. Movement.” Still, he was roasted on social media, with fans quick to point out the hypocrisy of his earlier comments.

He is, of course, not the first to take issue with women embracing their sexuality and incorporating more than mildly suggestive lyrics into their songs. Earlier this year, Megan Thee Stallion talked about the criticism she gets in an interview with Marie Claire and said that there’s “something deeper” behind all these complaints.

“A man can talk about how he’s about to do all of these drugs and then come and shoot your house up. But as soon as I say something about my vagina, it’s the end of the world?” she said. “Sometimes it’s overwhelming to some men. They can’t handle it, they get a little shook, they get a little scared. But I’m not going nowhere, so get used to it.”

And with more and more bold artists like her and Cardi B — plus defenders like Offset — it’ll be easier for women to continue to take up space in the world of rap.