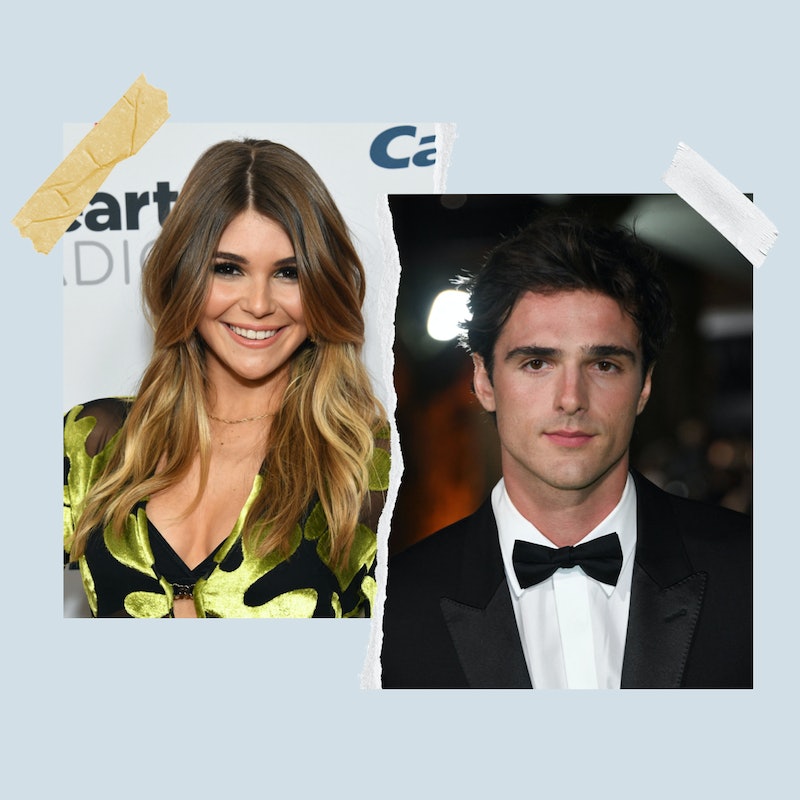 Cuffing season is here and it looks like Jacob Elordi and Olivia Jade Giannulli got the memo. On Dec. 21, a source confirmed to People that “Olivia and Jacob are casually dating” after they were photographed on a walk together in Los Angeles’ Silver Lake neighborhood over the weekend. Bustle has reached out to their reps for comment and will update this story accordingly.

According to People, the Euphoria star, 24, and the former Dancing With the Stars contestant, 22, were joined on their stroll by Elordi’s golden retriever, Layla. In photos obtained by Page Six, they were dressed casually, with the YouTuber sporting all-gray oversized sweats and the actor wearing jeans and a black sweatshirt. They were also pictured in Elordi’s Range Rover and out grabbing coffee.

The news that Elordi and Giannulli may be an item comes roughly one month after Page Six reported that the Kissing Booth star called it quits with model Kaia Gerber after one year of dating. Fans reportedly began speculating that they broke up after the model removed photos of the actor from her Instagram feed. But per Page Six’s insider, their split was “amicable.”

Still, Elordi and Gerber’s breakup did come as a surprise to some, especially since they had just made their red carpet debut at the Academy Museum of Motion Pictures Opening Gala in late September. A few months earlier, in May, the model gushed over her boyfriend in her Vogue cover story.

“Being able to be with someone I trust, where we don’t want anything from each other, having a safe, steady relationship like that, has really opened my eyes to the possibilities of love and what it feels like to love without conditions,” Gerber told the high fashion magazine. “Lust is touching other people or wanting them, but love is really seeing someone.”

Giannulli, for her part, also recently got out of a serious relationship. After dating singer-songwriter Jackson Guthy for about two years, the influencer confirmed that she was single in an August Q&A on her Instagram Stories. “I am indeed,” she wrote. According to People, the couple previously split in 2019 amid the college admissions scandal, but ultimately decided to get back together.

Despite reports that the former DWTS cast member is now dating Elordi, a source told People that she and Guthy may decide to rekindle their romance. “Olivia is happy, but she and Jackson still talk often,” the insider revealed. “It wouldn’t be a surprise for anyone to see them get back together.”

More like this
Everything You Need To Know About Kanye's Post-Kardashian Dating Life
By Bustle Editors
Michael B. Jordan Tackled His "Public Breakup" With Lori Harvey On 'SNL'
By Brad Witter
Who Is Pete Davidson Dating? He & Chase Sui Wonders Got Caught Kissing
By Jake Viswanath
Who Is Allison Williams Dating After Her Divorce? She’s Engaged With A Child
By Jake Viswanath
Get Even More From Bustle — Sign Up For The Newsletter
From hair trends to relationship advice, our daily newsletter has everything you need to sound like a person who’s on TikTok, even if you aren’t.