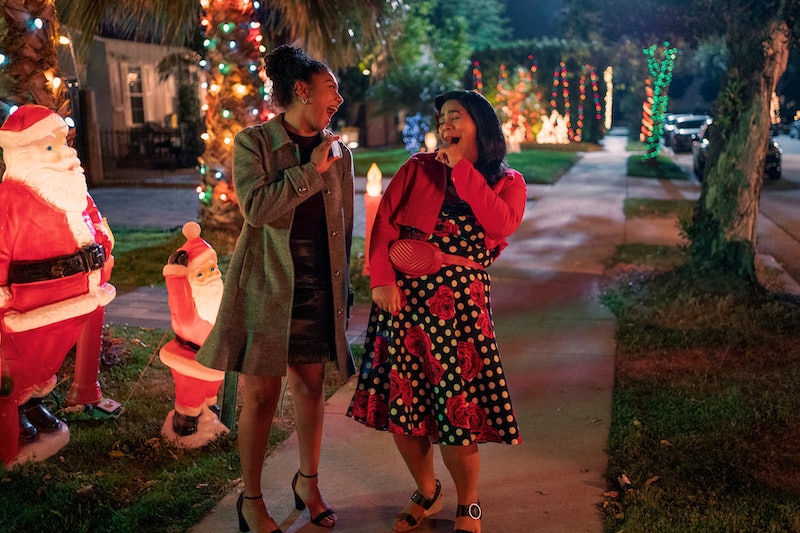 Netflix had a bittersweet announced for On My Block fans in January. Though the teen dramedy was renewed for a fourth season, it was also revealed that it would be its last. But there’s a silver lining: just a week ahead of On My Block’s series finale, Netflix announced that an On My Block spinoff called Freeridge is in the works.

“Co-creating and running On My Block was and will always be a highlight of my life,” Lauren Iungerich said in a Sept. 27 statement to Variety, adding that she’s “so proud to pass the baton” to fellow co-creators Eddie Gonzalez, Jeremy Haft, and co-producer Jamie Uyeshiro for Freeridge. “There are more stories to tell of our beloved Freeridge and I cannot wait to continue to work with this talented team.”

When On My Block Season 4 picks up, its central group of friends have each gone their separate ways. After a secret is unburied, however, they must come back together to survive. Their story is tied up by the end, but the door is left open to a new crew who “may or may not have unleashed a deadly curse, kicking off an unforgettable adventure.”

“While this chapter is closing for our OG squad this October as they reach the end of high school, we are excited to bring a brand new cast of characters and stories to life in this On My Block spinoff,” Netflix’s head of comedy, Tracey Pakosta, added in a separate statement. “There are so many more stories to tell in Freeridge and we’re grateful to continue this journey.”

Although Netflix never gave a reason for ending On My Block with Season 4, The Hollywood Reporter wrote in January that the five main stars — Sierra Capri (Monsé Finnie), Jason Genao (Ruby Martinez Jr.), Brett Gray (Jamal Turner), Diego Tinoco (Cesar Diaz), and Jessica Marie Garcia (Jasmine Flores) — had negotiated sizable pay raises ahead of Season 3. According to the trade publication, the actors’ per-episode fees jumped from $20,000 for Seasons 1 and 2 to $65,000 for Season 3 and $85,000 for Season 4. Their salaries reportedly would have jumped to $1.05 million per episode in a possible Season 5, so Netflix saved millions by hiring an entirely new cast for Freeridge. A premiere date for the new series has not yet been announced.

More like this
You Might Want To Rewatch This Key 'On My Block' Scene To Understand 'Freeridge'
By Grace Wehniainen
Ozzie’s Coming Out Scene With Kitty On 'That ’90s Show' Has Twitter Sobbing
By Brad Witter
Here’s Everything Coming To & Leaving Netflix In February
By Jake Viswanath
The 'Freeridge' Cast Shared Their Hopes For A Potential Season 2
By Grace Wehniainen
Get Even More From Bustle — Sign Up For The Newsletter
From hair trends to relationship advice, our daily newsletter has everything you need to sound like a person who’s on TikTok, even if you aren’t.