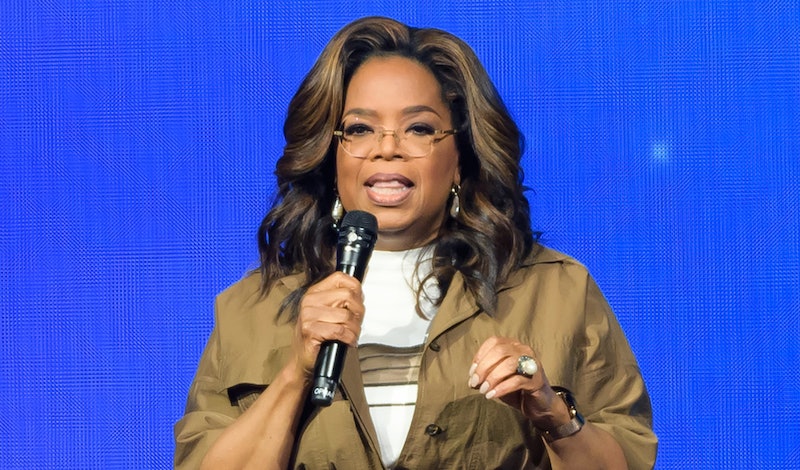 The New York Times’ “1619 Project,” a searing collection of fiction, poems, and photo essays developed to re-examine the legacy of slavery in the United States, is headed to Hollywood. In partnership with Lionsgate and “1619 Project” architect and journalist Nikole Hannah-Jones, media mogul Oprah Winfrey will adapt the NYT’s “1619 Project” into a series of TV, film, and documentary content. Hannah-Jones, who won a 2020 Pulitzer Prize for the project, will serve as creative leader and producer for the projects, while Caitlin Roper, an editor of the “1619 Project,” will also produce.

“We took very seriously our duty to find TV and film partners that would respect and honor the work and mission of the ‘1619 Project,’ that understood our vision and deep moral obligation to doing justice to these stories,” Hannah-Jones said in a statement obtained by Bustle. “I am excited for this opportunity to extend the breadth and reach of the ‘1619 Project’ and to introduce these stories of Black resistance and resilience to even more American households.”

Winfrey echoed Hannah-Jones sentiments in her own statement, saying, “From the first moment I read the ‘1619 Project’ and immersed myself in Nikole Hannah-Jones’s transformative work, I was moved, deepened, and strengthened by her empowering historical analysis.” She added, “I am honored to be a part of Nikole’s vision to bring this project to a global audience.”

An ongoing initiative, the “1619 Project” debuted last August on the 400th anniversary of the first Africans’ arrival to Virginia. The collection, penned by Black writers, aims to “reframe the country’s history by placing the consequences of slavery and the contributions of Black Americans at the very center of our national narrative.” The first edition included works like “America Wasn't a Democracy Until Black Americans Made It One,” an essay by Hannah-Jones; "A New Literary Timeline of African-American History,” a collection of poems by Clint Smith, Barry Jenkins, and more; and “Their Ancestors Were Enslaved by Law. Now They're Lawyers,” a photo essay by Djeneba Aduayom.

This new partnership comes after Winfrey hosted a two-night TV town hall in June to address racism in the wake of nationwide protests organized for George Floyd, the Black man who died while pinned under a white police officer in Minneapolis in May. Titled OWN Spotlight: Where Do We Go From Here?, Winfrey spoke to Black activists, leaders, and artists about the current racial climate. "I’ve been having private conversations with friends and thought leaders about what’s next and where we go from here," Winfrey said, per The Hollywood Reporter. “I thought it would be of both interest and service to bring their ideas, concerns, and comments into a national spotlight."

Now, with the adaptation of the “1619 Project,” Winfrey’s vital work continues.