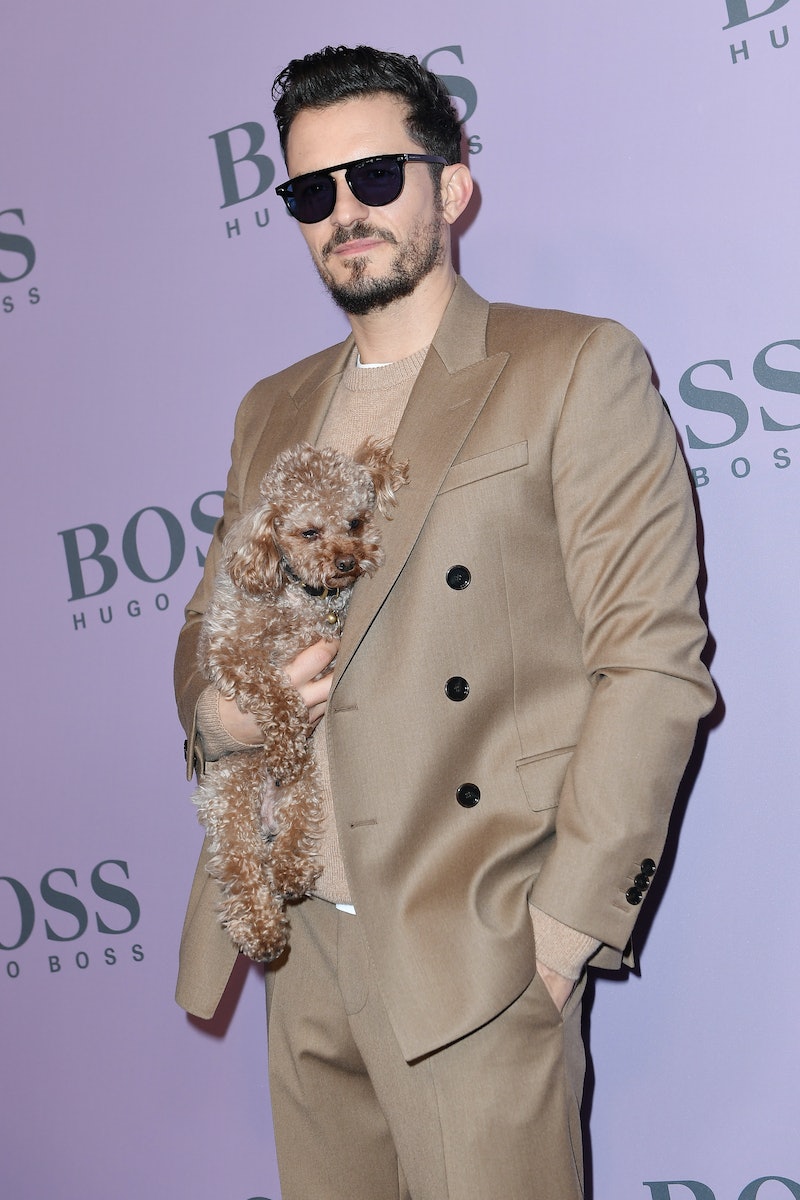 Nearly one week after his beloved pup went missing, Orlando Bloom's update on his missing dog calls the ordeal "a waking nightmare." On Sunday, Bloom shared an emotional post about Mighty on Instagram, revealing that his canine companion, who went missing in Montecito, California, last week, had still not returned home. The Carnival Row actor had urged fans to report any information on the missing dog, who is "chipped and his collar has a number to call," asking that, if found, they "take him to your local vet or shelter" so he could be brought home, as per People.

Unfortunately, it seems Mighty has still not been located. On Instagram, Bloom posted a slideshow of photos of the beloved poodle, reporting that he'd been, "broken wide open" by the loss. He described the "rawness" he felt and his "sleepless nights" worrying about Mighty. He added: "The idea of my little man being lost and scared, with me unable to do anything to protect him, is a waking nightmare."

Bloom continued, admitting that he felt, "powerless," relating to the loss and loneliness to what many are feeling amid the coronavirus pandemic, writing that it was "maybe like so many others who are losing loved ones or unable to see our loved ones because of the times." The actor later encouraged his followers to "⁣cherish the moments we share with the ones we love because nothing is promised."

The actor adopted Mighty in 2017, and it's clear he's formed a close bond with the pooch. In February, Bloom brought Mighty to Milan Fashion Week, carrying his pup on the red carpet at the Boss fall 2020 fashion show, as reported by Vogue. The star also shares his love for poodles with fiancée Katy Perry, whose own dog, Nugget, bears more than a passing resemblance to Mighty. In August of 2018, Perry posted a photo of the two dogs on Instagram, captioning it, "Couple O’ rugrats, Nugget N’ Mighty."

On Sunday, Bloom said that being a dog-parent to Mighty has shown him, "devotion in ways I have not truly understood until now." He added: "there is a reason why they call them ‘man’s best friend’. I miss him." Friends and fans shared their thoughts and prayers in the comments, with Gwyneth Paltrow writing, "Orly this is so heartbreaking. I’m so sorry" and Justin Theroux stating, "Oh buddy. I feel that. Sending you love." Perry commented simply, "I love you."

Earlier in the week, Bloom posted a quote about grief on Instagram as well, which read, "Unexpected grief and suffering may lie ahead of you. But it is precisely when you encounter such trying times that you must not be defeated." The Carnival Row star wrote in the caption, "This one’s for MIGHTY." It's clear that Bloom had so much love for his dog, and that all his friends and followers are keeping the star and his missing pup in their thoughts.

More like this
‘RHOSLC’ Star Jen Shah’s Arrest & Legal Drama, Explained
By Brad Witter and Jake Viswanath
Mariah Carey Is Releasing Her “Lost” '90s Grunge Album
By El Hunt
'House Of The Dragon’s Theo Nate Is A “Massive” 'GoT' Fan
By Maxine Harrison
Oprah Winfrey Revealed Her Hopes For Prince Harry & The Royal Family
By Maxine Harrison
Get Even More From Bustle — Sign Up For The Newsletter