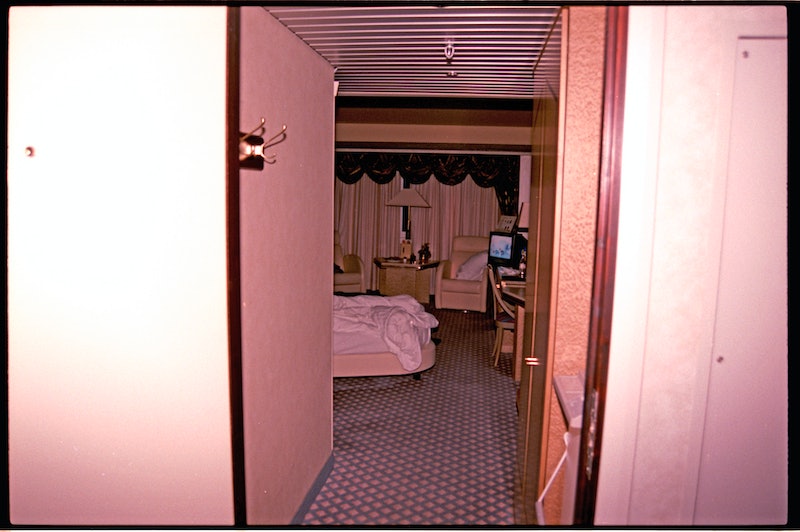 On June 3, 1995, the body of Jennifer Fairgate was found in Room 2805 of the Oslo Plaza Hotel in Norway. While Fairgate's shooting, which is the subject of Unsolved Mysteries Season 2 Episode 2, was originally ruled a suicide, unusual circumstances surrounding her death have led to numerous theories about the Oslo case — with many positing that Fairgate was actually murdered.

As journalist Lars Christian Wegner explains in the episode, Fairgate checked into the hotel under a false name and address — "Jennifer Fairgate" was not her real name, and she even misspelled her pseudonym as "Fergate" twice — and without a credit card or ID. There was apparently a man named Lois Fairgate who checked in with her, but when her body was found three days later, she appeared to have been the room's only occupant. There were no purses, toiletries, car keys, or passports in the room, and all the labels on her clothing had been removed. Though the door had been double locked on the inside and there were no signs of a struggle, she also had zero blood or soot on her hands to suggest a suicide. The serial numbers on the gun had also been etched away with acid.

With almost no information to go off of, police came up with every theory imaginable that could be responsible for her death. They suggested the crime was the result of everything from a failed drug operation to a secret intelligence agency mission gone wrong; they theorized Fairgate could have been a high-class escort or even the missing wife of Italian mobster Leoluca Bagarella. "We looked into many groups and social backgrounds but found nothing," retired policeman Tom Storm Olsen told Wegner in 2017. "Lots of police units were involved. If she was sent to kill someone, who was it? We searched but never found any answers... she went to such lengths to not be identified." Below, a breakdown of some of the theories.

With so little to go on, armchair detectives on Reddit have honed in on the suspicious "Mr. F," a Belgian man who was staying in the room next door the night Fairgate was killed. Per VG, he claimed to have heard nothing that night, and said he learned of Fairgate's death from the front desk when he checked out Saturday morning — but the body wasn't found until Saturday night. He was never interviewed by the police, and he stopped returning Wegner's calls after Wegner began to grill him about Oslo.

"I think Mr. F needs to be investigated," one Reddit user wrote. "Especially considering Mr. F's slip up, it would match that she died on Friday night."

Others theorize that Fairgate's murderer was staying in room 2816, as Fairgate had a newspaper in her room that was labeled for 2816, not 2805. There was a thumb print on the bag, which has yet to be identified. Because old hotel registration cards were discarded in an office move in 2010, no one knows who was actually staying in 2816.

Jennifer Fairgate was a secret agent

Fairgate being part of an intelligence agency is another popular theory, as removing identifying labels from clothing is a common procedure for agents. "It has that hinky espionage feel, to me," one Reddit user wrote. "My guess is espionage of some sort ... The combination of her staying in the room and then being away from the room for long periods, and the high likelihood that someone removed some of her clothes, makes me lean towards murder."

In the end, the case remains unsolved to this day, but Oslo Assistant Chief of Police Grete Lien Metlid told Wegner that they're still keeping an eye out for new leads. “The original investigation in the case, which concluded that the woman most likely took her own life, remains valid," Metlid said. "But we must be open to possibility of new information arising."