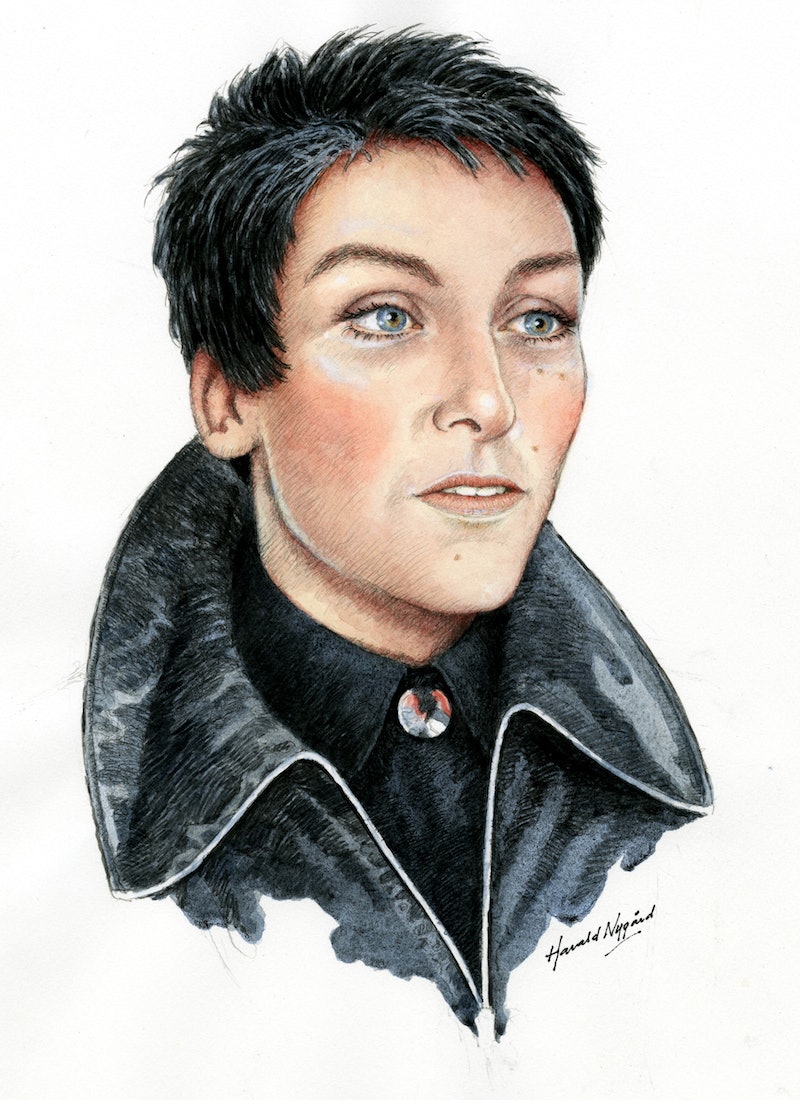 Netflix's Unsolved Mysteries surfaces some of the strangest, most intriguing crimes. But the Jennifer Fairgate case in Unsolved Mysteries Season 2 has even more twists and turns than most cases in the series. Authorities have had almost no leads since her 1995 death from a gunshot wound, which initial reports concluded was self-inflicted. But Norwegian journalist Lars Christian Wegner has never let the case go, and he's found numerous inconsistencies that could indicate foul play.

After Fairgate's death in a ritzy hotel in Oslo, Norway, investigators learned that she'd checked in under a false name and that there was no Jennifer Fairgate at all. According to Wegner's comprehensive article on her death for Norway's VG magazine, even the woman herself seemed to forget who she was at times, signing in twice as "Jennifer Fergate." She listed her age as 21, but an autopsy analysis later estimated her age to be closer to 24. She gave a fake phone number and fake address that were roughly consistent with a small town in Belgium called Verlaine, though there is no evidence that she ever lived there.

What baffled Wegner the most was how meticulously Fairgate's identity was scrubbed from her hotel room. As he wrote for VG, no passport, credit cards, or money were found in the room. Also missing were her keys, toiletries, a toothbrush, and the labels of all her clothing. Either Fairgate didn't want anyone to know who she was, or someone else didn't.

Although she had initially rented the room for herself, Wegner reported that she'd called a couple of days before checking in and added a man named Lois Fairgate to the reservation. He also doesn't exist, and beyond check-in, when a staff member recalled seeing Jennifer with man, there's no evidence of him. But one of the housekeepers told VG that when she cleaned Jennifer's room, she only made up one bed. However, when the police investigated after Jennifer's death, both beds were made up, perhaps suggesting the presence of a second person. Still, the police were hung up on the fact that the door was locked from the inside, potentially ruling out the notion that a second person had killed Jennifer and fled.

In the show, Ola Kaldager, a group leader for the Norwegian Intelligence Service, suggested that locks are easy for members of the intelligence community to manipulate. The theory is presented in the series that perhaps Jennifer was part of an intelligence team and was taken out in the process of a mission. Her ability to hide her identity would be consistent with that, as would her family and friends never reporting her missing.

The case remained cold for decades until 2016, when her body was exhumed to complete a DNA profile with technology not available in 1995. In the episode, viewers learn that the sample suggested that she was of European heritage, and possibly German in particular.

Inputting her information into a system using genetic genealogy to see if any of Jennifer's relatives still exist could be one way to find leads; genetic genealogy is how the Golden State Killer was caught decades after his crimes. However, VG reported that the laws in Norway have not quite caught up with this technology, rendering this path an impossibility at this time due to "ethical and legal challenges."

Still, authorities remain hopeful that someone out there knew Jennifer and can come forward with information. "The new information on age and geography, together with VG making the story known abroad, might help us put the last pieces into place," Assistant Chief of Police Grete Lien Metlid told VG. Unsolved's reach will only help with that global awareness.