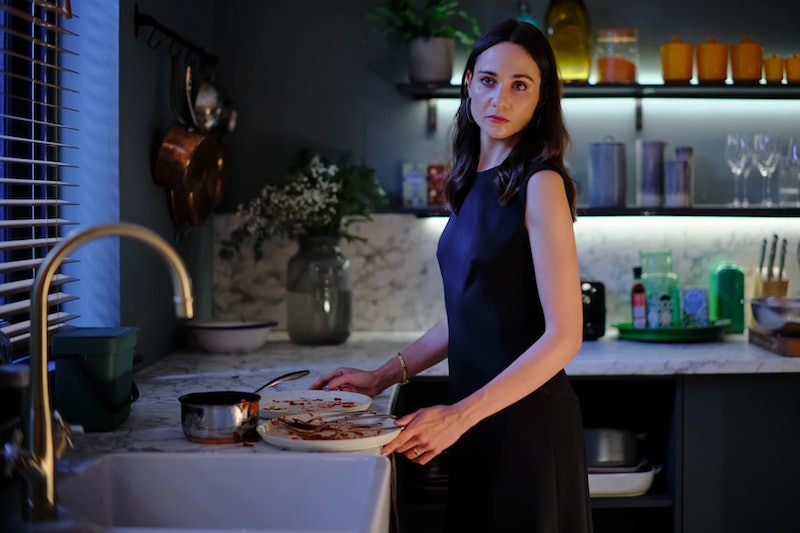 This article contains spoilers for Our House, the book and TV show

Written by Louise Candlish, 2018 crime novel Our House was immediately met with critical acclaim upon its release. Taking the title of Crime & Thriller Book of the Year at the British Book Awards, it was only a matter of time before the novel was adapted for the small screen.

With Line of Duty’s Martin Compston and Downton Abbey’s Tuppence Middleton attached to ITV’s TV adaptation, you’re probably wondering how closely the broadcaster will stick to the story — especially its thrilling ending. So, here’s what happens at the end of Candlish’s Our House novel, and what you can expect from the ITV adaptation.

What’s the premise of Our House?

Described by Waterstones as a “twisting odyssey of suburban betrayal,” Our House follows Fi Lawson as she returns home to discover that not only has her husband Bram disappeared, but strangers have moved into her house. Not only that, but all her belongings are missing, too.

As the story pans out, it becomes apparent that Bram has had to settle a score bigger than he can imagine and left Fi to pick up the pieces. Inspired by a real-life case of property fraud, per The Washington Post, Candlish expertly weaves in and out of the mystery, leaving readers hooked until a very dramatic end.

How does Our House end?

From Bram selling the house to having an affair in their children’s playhouse, Fi’s animosity towards her ex-husband grows exponentially throughout the novel. However, we eventually discover the reason behind Bram’s secrecy — he’s trying to cover up the fact that he was involved in a car accident. Both he and the other driver fled the scene, leaving a mother and daughter with life-threatening injuries.

The other driver, Mike, eventually confronts Bram. He and another witness, Wendy, blackmail Bram into selling the house in order for them to keep quiet about what happened. Mike has also been seeing Fi under the false name Toby, which is revealed at the end of the book. Following this revelation — and the fact he tells Fi everything about Bram — Fi kills Mike out of anger, dosing his wine with sleeping pills and antidepressants.

With the help of Fi’s neighbour, Merle, they try to cover up the murder by making it clear to police that Mike was in no way connected to Fi. However, unknown to Fi and Merle, Bram has disappeared yet again and plans to commit suicide in Switzerland. He somehow managed to out-con Wendy and Mike, and has the money from the house stashed in another account, which will go to Fi and their children when he dies.

Bram writes a suicide letter in which he explains the whole situation, making it clear that Fi was a victim in this situation, and that Mike and Toby were the same person. He decides to send this letter to the police, not knowing that Fi has killed Mike and therefore ruining her alibi.

Confused? We don’t blame you. Our House is most definitely a thrilling tale — one that requires your full attention. We’ll have to wait and see if the ITV series stays true to the best-selling novel.

More like this
The Bestselling Novel 'The Doll Factory' Will Be Adapted Into Thrilling TV Series
By Catharina Cheung
'The Timewasters' Creator Is Back With A New Boarding School Dramedy
By Darshita Goyal
WAGatha Christie The Series Is Officially... Coming To TV
By Maxine Harrison
Candice Brathwaite Is Over Using Her Own Life For Material
By Shahed Ezaydi
Get The Very Best Of Bustle/UK